Monshayla is using Smore newsletters to spread the word online.

Get email updates from Monshayla:

Capturing orcas and keeping them in captivity is immoral because they lose their natural skills, emotions, and freedom.

The purpose of this film was to see how the audience that was watching this film would react to seeing the tradegies of the trainers that were training these orcas, also to expose how Sea World covered up alot of the tradegies.

Stock footage is beneficial to filmmakers as it saves shooting new material, the first example was when they showed a video how Mr. Peters was pulled down by an orca at Sea World it was connected to the purpose becuase as they showed in videos the orcas weren't getting fed enough so they felt mistreated even though the trainers weren't intially doing anything wrong.

Dialogue is conversation between two or more people as a feature of a book, play, or movie. In the film the directors had conversations with former employees that used to be trainers at Sea World most of the emplyees believed that as orcas the trainers were being attacked was because they were put in the cages instead of being used to the oceans were they lived so they felt intimitated by people on certain days. 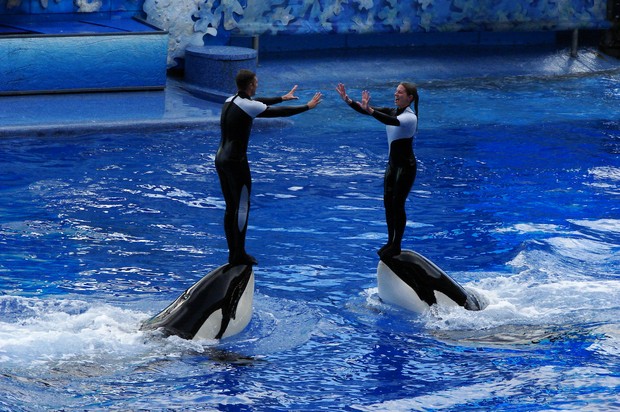 In conclusion I felt like Sea World should have taken a little bit more responsible for the tradegies that took place on the job. I wouldn't recommed anyone that I know to take on a job Sea World training the orcas.

Monshayla is using Smore newsletters to spread the word online.