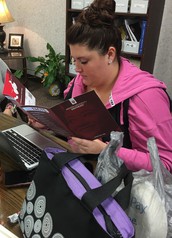 September is College Go month in Indiana. As part of this celebration, several Indiana colleges are offering to waive their application fees for a day (September 29, 2017), for an entire week (September 25-29), or for the entire month of September. Attached you will find a handout we compiled with a list of all the participating colleges. This list is also located on our SHS Counselor's Corner web page.

The SHS Guidance department will be hosting a FAFSA Completion Workshop on Tuesday, October 24 at 6:00pm in the Media Center. This workshop is for seniors headed to a 2-yr or 4-yr college next year and all 21st Century Scholar Seniors. The FAFSA is the "Free Application for Federal Student Aid". The FAFSA application opens on October 1, 2017. While the Indiana deadline for filing the FAFSA is April 15, 2018, we strongly encourage all college bound seniors to fill out the FAFSA as soon as possible. This year's FAFSA will be using parent's and student's 2016 tax return information. The majority of colleges will want a FAFSA filled out for every attending student, even if you don't think your student will qualify for federal student aid. Many scholarships will require proof of FAFSA completion. The FAFSA is important! Come to our FAFSA Completion Workshop and get the help you need filling out this important online application.

In order to attend, you need to RSVP to the SHS Guidance office at 812-752-8927 Option 2. Parents & Seniors coming to the workshop must already have the FAFSA ID before the workshop. Please see attached flyer for additional important items to bring with you on October 24. 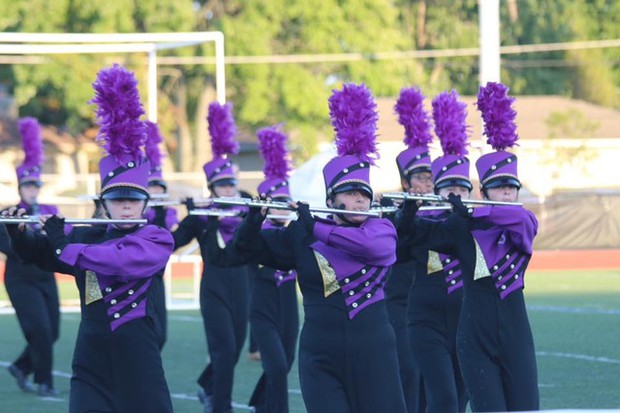 The 2017 version of the Scottsburg Band of Warriors competed for the first time this season this past Saturday, September 9th, at Columbus North High School in the “Sound of North” Invitational. Bands were grouped into 5 class sizes, based on band size, with “A” Class being the smallest. Scottsburg participated in Class 3A with four other bands, two of which are bands coming from larger schools than Scottsburg.

The Band of Warriors came away with a sweep at the contest, meaning placing first in their class as well as all the caption awards. Caption awards were presented for Best Percussion, Best Auxiliary (Color Guard), Best Music, Best Visual, and Best General Effect (how the music and visual work together to produce an effect of the show). In addition to the sweep, the Percussion Section had the highest percussion score out of the entire contest, and the Color Guard had the 2nd highest total score out of the whole contest. The band’s total score ended up being 1 point behind the Class 4A winner.

Congratulations to the students, directors, and staff of the Band of Warriors for this great feat to start the season! The Band of Warriors will continue to improve their show and add more music and visual in the coming weeks to finish the product. Scottsburg will look to keep the winning ways going at their next contest, which is tomorrow, Saturday, September 16th at Lawrence Central High School in Indianapolis, IN. The Band will take the field for performance at 4:22 pm. If you can’t make the drive, then check them out tonight at halftime of the home Varsity football game. Congratulations, again, to our kids on a great start! 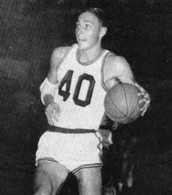 Warrior Alumnus is to be Inducted

James played in all 27 games that year, hitting 43 percent of his shots, 73 percent at the line and averaged 3.2 rebounds per game. In 1972-73, he was the team’s second-leading scorer with an average of 15.2 points per game. The Herd was 20-7 under first-year head coach Bob Daniels, winning its final nine games of the regular season.

With eligibility remaining, he joined the Marshall football team as a graduate student receiver in 1973 and caught nine passes for 78 yards, good for fifth-most that season. For his efforts as an outstanding high school basketball student-athlete in his home state of Indiana, he was named to the state’s Basketball Hall of Fame Silver Anniversary team in 1994.

James lives in Lexington, Ind., and graduated with BA in Education in 1973.

Football Homecoming is fast approaching! The Warriors host Mt. Vernon (Posey) on Sept 29th at 8 PM! Note the time for this one. Please see Madelyn Shelton, your class sponsors or student council to see how you can get involved in our first homecoming football game since 1983.

Warrior tennis is hosting is annual invitational tonight and tomorrow! Come out and support the boys.

The Warrior soccer team will also be hosting their Warrior Cup tournament Friday and Saturday. They are already 1-0 with a 10-0 win over Austin on Thursday.

The Young Marines National Organization is having a meet and greet at Mid America Science Park tomorrow September 16th, 2017. They encourage everyone to come out and see what they have to offer. The Young Marines is open to all youth, boys and girls, ages 8 through completion of high school.

The only membership requirement is that the youth must be in good standing at school. Students as well as parents can learn more about the Young Marines between 10:00 AM – 12:00 PM tomorrow. If you would like more information about the organization check them out online at… https://www.youngmarines.com

Students must be 15 or older on or before October 7 to enroll. All students, no matter what school they attend, may enroll.