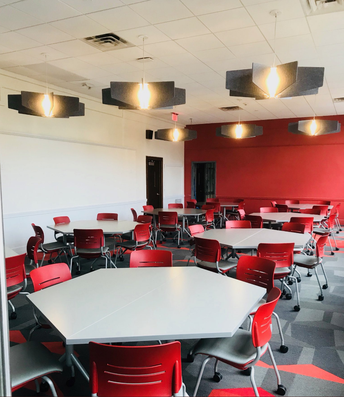 Back to School 2018-19! WHS Students Treated to Building Improvements

The 2018-19 School year has opened up, and Weehawken High School Students were treated to some upgrades. When the students entered the building they were immediately directed to the completely refurbished Auditorium. The theater received a new stage and paint job. New curtains have been ordered and will be installed within the month, and the finishing touches are being put on the new orchestra pit.

The Media Center was completely renovated and updated for our new media specialists, Ariel Parkinson, and TV Teacher, Peter Flores. In addition, to new carpets and paint, the Media Center now boasts two glass enclosed seating areas, that can be utilized by staff and students alike for personalized learning, or small group instruction. The SmartBoard was replaced with a moveable Smart television, that has all of the features of the old boards, plus mobility.

Weehawken students were also treated to a brand new electronic message board located near the gym entrance. The message board will be utilized to advertise sporting events, school functions, and other pertinent information for parents and students.

The last physical addition to WHS, is the yet unfinished television studio which is being built in Room 200. The new studio will feature state of the art television production and film recording equipment. It will help improve morning announcements, as well as provide students with opportunities to work with equipment similar to what major networks use.

Staff, students, and parents will use a new student information system, Real Time, for scheduling, grading, and communication. The new delivery system will integrate all of WHS other information system under one seamless hub.

All of this translates into a whole new reason to be excited about Weehawken High School! 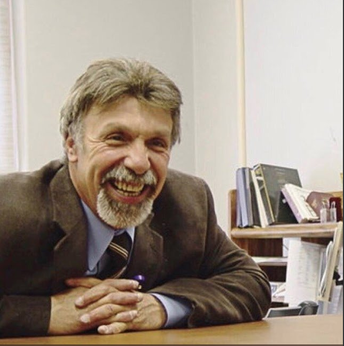 In early July, the Weehawken community was dealt a tragic blow, as longtime staff member, and Principal of Weehawken High School, Anthony Colasurdo passed away. Colasurdo, who began his career as an English teacher in 1972 dedicated his life to the children of Weehawken. For 46 years he served as teacher, coach, Vice Principal, and finally Principal to countless students.

In addition to his prowess in education, Mr. Colasurdo was a Hall of Fame Coach, as he amassed almost 300 wins as the WHS Baseball Coach, including three consecutive Division titles in the early 2000's. He was enshrined in the Weehawken Athletic Hall of Fame in 2016. Many of his former charges went on to play college ball, including one former player who was drafted by the New York Yankees.

Colasurdo was also an accomplished musician. He self-taught himself guitar and piano, and could often be found playing the local bar and club circuit. "The Kid", as he was often referred to, was so diverse in skill he could croon to Jackson Browne, and in the next breathe hammer away at Jimi Hendrix.

Of all his titles, the one he was most proud of was...Dad. Mr. Colasurdo was the proud father of three boys, in addition to the thousands of other impressionable young Weehawken children he helped raise. If there were a Mount Rushmore for Weehawken educators, Tony Colasurdo would be front and center. He will be greatly missed. 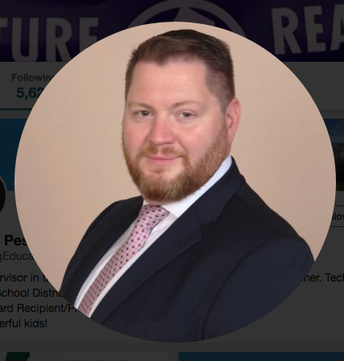 Weehawken To Bid Farewell to Zywicki

After a wildly successful two and a half year run as Superintendent of Schools in Weehawken, Dr. Robert Zywicki has reluctantly resigned to assume the same mantle at Mount Olive. His new position will put him 15 minutes away from his home, and affords him the opportunity to spend more time with his four young children.

In his short time at Weehawken, Dr. Zywicki's vision was able to help elevate Weehawken High School to a number 1 ranking in Hudson County, as well as top 50 in New Jersey. He was also able to help lure the prestigious AP Capstone program to WHS, in addition to leading the charge in helping WHS attain the status of Future Ready School, by NJIT. Zywicki has helped instill a blended learning platform for all Weehawken Schools, driven by an adherence to personalized learning for all students.

A major accomplishment for Zywicki was helping the District secure a 16 million dollar referendum that has been used to upgrade all the buildings including, a new entrance for the High School, Air Conditioning and windows for Webster, as well as the aforementioned Media Center and Auditorium. Next year will see both WHS and Theodore Roosevelt School with new windows and air conditioning, as well as a greenhouse on top of WHS for environmental studies.

Zywicki was not just about education, as improved security measures was also a major accomplishment. As a result of his efforts, all schools have secured entrances highlighted by person retention vestibules and ballistic doors. All internal doors have been replaced with modern fire rated replacements. WHS has employed a new ID card system, that makes egress into the building challenging for any without proper identification.

Lastly, Zywicki re-directed athletics at WHS, with the addition of several new varsity sports. For the first time ever, Weehawken fielded Swimming and Lacrosse teams, as well as the creation of Fencing and Skiing Clubs. He was also able to secure a contract with Adidas, as the exclusive supplier of all Weehawken High School apparel.

Dr. Terry Brennan will serve as interim Superintendent, but Zywicki will continue in Weehawken as a consultant. His vision and work ethic will sorely be missed, but we at Weehawken High School thank him for all he has done and wish him well in his new position. 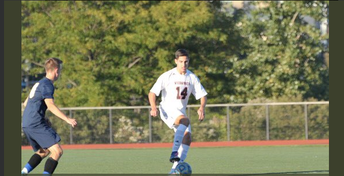 Coach Brian Fischer had one goal in mind for his young Indian soccer team, improve scoring. Lucas Pardo-Rea took that challenge to heart when he erupted for a school record 6 goals in WHS's 6-4 victory over Palisades Park. Pardo-Rea bested a 35 year old mark set by Weehawken Hall of Famer Iraklis Bourinaris. Pardo-Rea could have had more goals, but insisted to be switched to defense in the second half, in order to help protect the lead.

The sophomore has helped the Indians jump off to a 2-1 start, with their lone defeat coming at the hands of powerhouse Wallington. 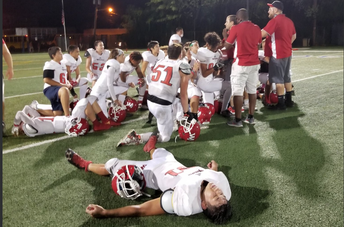 The NJSIAA spent the better part of last year re-formatting it's football play-off systems, with the eventual goal of crowning one champion. The problem with such a format, is that it would extend the season well into December, and Winter sports. So as a concession to this play-off, the NJSIAA decided to begin regular season games in August. Fortunately, for the young Indians, and Coach Nick DeStefano, they were more than up for the challenge.

Led by Senior Rex Fukuda's bruising running and 4 TDs, the Indians stunned defending champion Wallington on the road 36-30. The Panthers had no answer for Fukuda, who mashed his way to a career high 176 yards, Jayden Rodriguez who added 68 yards, or Jimmy Lopez. All told the Indians skewered the defending champions for over 300 rushing yards and set the tone for what will hopefully be a solid year for Weehawken football. 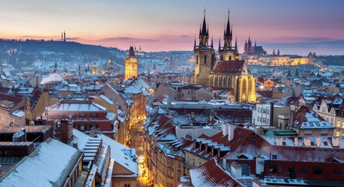 It is always the point of education at Weehawken to provide ample opportunities to learn, either here in the friendly Weehawken, or other more exciting locations. Europe has always posed a preferred destination to enrich our students because of it's beautiful countries and deep rooted history, and this year will be no different.

Dozens of Weehawken students will jet off to Austria, Germany and Poland in June for a Human Rights Trip from June 21-30. Students will be visiting concentration camps and museums, as well as going on guided sightseeing tours. This hands-on experience will afford the students opportunities to experience some of the rich culture and history in ways not possible with text books and video.

Maria Mattiace is the lead chaperone on the trip and is available via e-mail for anyone interested in attending at mmattiac@weehawken.k12.nj.us. 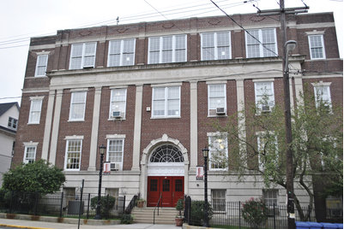