In November, the middle school students finished reading novels about yellow fever, smallpox, or bubonic plagues. They completed projects such as dioramas, brochures, diary entries, and reports to illustrate important aspects of the novels. The 6th and 7th graders wrote responses and the 8th graders composed essays to address the query "How do epidemics affect culture and society?"

During the Midterm elections, we examined the Pennsylvania candidates for U.S. House and U.S. Senate representatives and Pennsylvania’s governor candidates. Current news discussions also included the California wildfires and U.S. use of tear gas to repel migrants at the border. Our focus on ancient civilizations continued through December and as the groups finalized their research, they presented their information to the class. We also learned about ancient China and the importance of the Silk Road. The students read articles, watched videos, practiced their note-taking skills, participated in a class trading activity, and took an open note test at the end of the unit. In December, we toured the University of Pennsylvania Archeology Museum and learned additional information from our guided tour of their beautiful and eclectic China gallery collection. The students were intrigued by the number of similarities among several of the early civilizations.

The middle schoolers selected mystery novels to read in December and engaged in mystery-related activities like solving secret codes, memory and observation games, fingerprinting. The talented sleuths also read short mystery stories and tried to solve them. We continued our study of Latin and Greek roots and completed vocabulary lessons in the Wordly Wise and Word Trek programs. 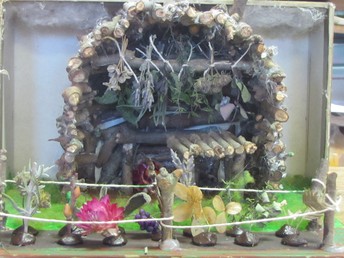 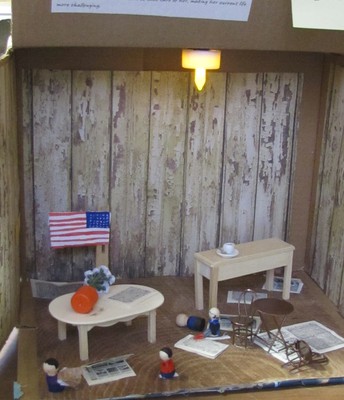 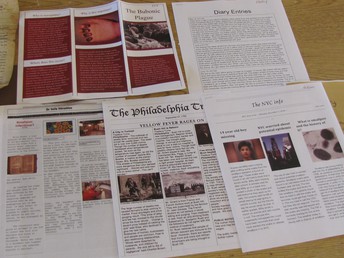 During the last portion of the first semester, the focus in Algebra I moved on to working with solving linear equations. They learned to understand various forms of linear equations, when each is most useful, and how to construct graphs based on those different forms. This included the three basic models: slope-intercept, standard form, and point-slope form. They learned to simplify and solve increasingly complex equations, including multi-variable equations and an increased focus on the distributive property. Finally, the class moved on to solving systems of equations using graphing, substitution, and elimination. This involved solving classic problems such as: thirty coins, all dimes and nickels, are worth $2.60. How many nickels are there? It also involved the class needing to think their way through questions that require visualization of the situation described, such as: Gemma is helping her friend understand how to solve systems of equations. She wants to give him a practice problem that has two lines that intersect at the point (-3, 7). Help her by writing a system of equations that will have (-3, 7) as a solution and demonstrate how to solve it.

Facebook @quakerschool
Simplicity. Peace. Integrity. Community. Equality. Stewardship.
1018 West Broad St Quakertown PA 18951 frontoffice@unitedfriendsschool.org 215-538-1733 unitedfriendsschool.org
Embed code is for website/blog and not email. To embed your newsletter in a Mass Notification System, click HERE to see how or reach out to support@smore.com
Powered by Smore
Powered by Smore