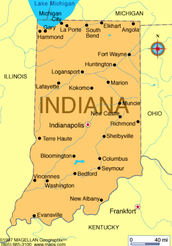 Plot of The Play

The play is set in the coal mining country of southern Indiana. Carla, a twenty six year old high school dropout, wife, and mother, dreams of packing up and moving to escape her dreary existence. She is teased, threatened, and cajoled by her friends as they settle into an ordinary day of trading gossip, reading magazines, and prattling about sex while the children dart in and out. An ordinary day becomes extraordinary when the local mine resounds with an explosion. The play is a touching and humorous study of women who posses the courage, the humor, and the dignity to rise above the grimmer facts of their existence.

The play takes place in the 1980's surrounding families whose main income comes from coal mining. Coal was used to produce electricity. The conditions of the mines were poor at best. The deeper the mines would go, the harder it was to breath, there was lots of illness among the workers in the mines, and because of the difficulty in lighting their work, miners were very prone to accidents. At the beginning of 1980, Jimmy Carter, a democrat, was president, but towards the end of 1980, Ronald Reagan, a republican, was elected. What a switch up! TV had just become an appliance seen in everyday homes, as well as the computer. Some famous films produced in the 1980's were, The Breakfast Club, ET, The Empire Strikes Back, Ferris Bueller's Day Off, Ghostbusters, Back to the Future, etc. Famous bands coming out of the 1980's were Guns N' Roses, ACDC, The Cure, Bon Jovi, etc.

Some themes that can be taken from the play are:

Matt Williams was born in Evansville, Indiana, in 1964. He graduated from F.J. Reitz High School from the same town. Between Daylight and Boonville was Williams' only play, he worked more on producing and writing TV shows. The most popular TV shows that he wrote for were, Roseanne, The Cosby Show, and Home Improvement. In 1955, he was named one of, "TV's Biggest Power Players" by the Los Angeles Times. Williams is still alive and working today.

www.imdb.com
Matt Williams, Writer: Roseanne. Matt Williams is best known as the creator and executive producer of the hit series Roseanne and the co-creator and executive producer of Home Improvement, one of the most successful programs in television history. Williams joined The Cosby Show during its premiere season and worked as a writer/producer on the show for three subsequent seasons, during which time his work was honored with Emmy and...

"As beguiling as it is original." - The Baltimore Sun 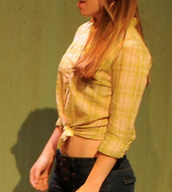 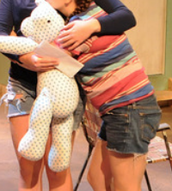 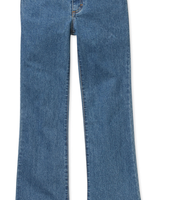 www.nytimes.com
LEAD: ''WE wait; that's what we do,'' says Lorette, with resignation. She's the eldest of three coal miner's wives, living in a trailer court, somewhere in southern Indiana, where they ''haven't seen a single blade of grass.''

lacrossetribune.com
Viterbo University's production of "Between Daylight and Boonville" is a little gem.

Between Daylight and Boonville

"The characters emerge slowly and thrillingly,like a rubbing under a charcoal pencil." - New York Magazine