Shark Bay is located in the western point of the Australian continent.

Why is it on the list and who named it?

The man who named it was William Dampier in 1966.It was put on the list in 1991, because of its many endangered animals that live there and amazing structures,like cliffs that will later be mentioned.

The most important animals that live there are the Boodie or Burrowing Bettong, the rufous hare wallaby, the western hare bandicoot, and the shark bay mouse. There is also the Dugong it is an endangered animal that lives in the shark bays waters.It is also known as the sea cow. The Dugong is also one of the the reasons they put shark bay on the list. The dugong population is about 10,000.The shark bay mouse is also known as the Alice Springs mouse. The shark bay mouse was thought to be extinct for a while, that's when scientists found out that the shark bay mouse is the Alice Springs mouse. There is a plant called Stromatilites. They are nicknamed the living fossil because they lived long ago. They are in the shape of a dome. They can only live in hyper saline waters. That means that they can only live in extremely salty water. These are some exquisite animals that live at shark bay.

There is an attraction called Monkey Mia. It is when wild untamed dolphins come near shore and play with humans. There are cliffs called Zuytdorp cliffs.These cliffs are made up of limestone. There are also 12 types of sea grass.Shark bay has one of the biggest sea grass beds that reach up to 4,800 kilometers. Shark bays population is nearly 1,000 people. Shark bay is also a home to many types of endangered, and rare animals.
Shark Bay, Western Australia (UNESCO/NHK) 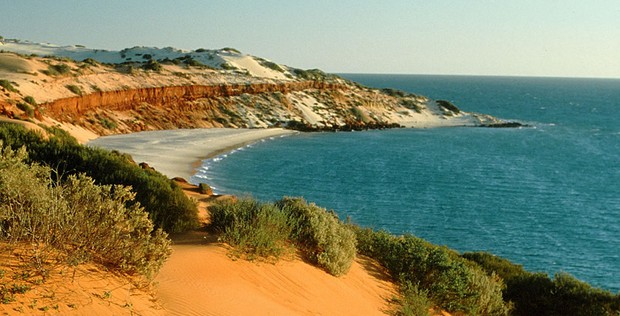 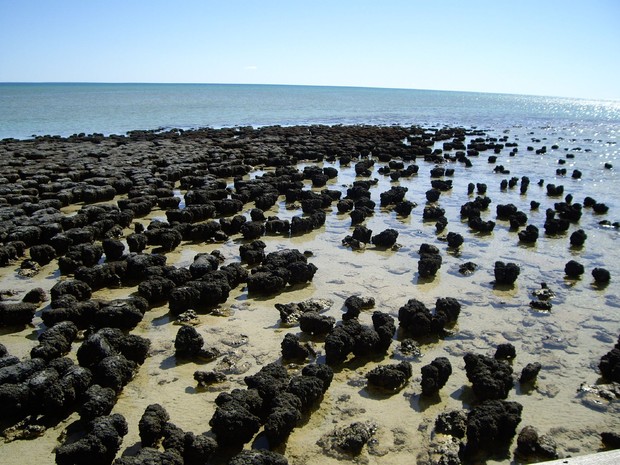