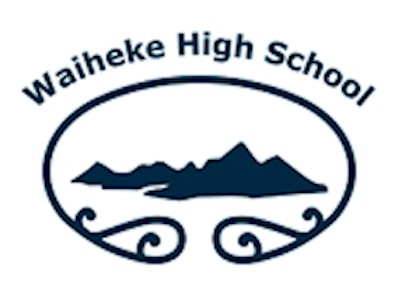 We are coming to the end of an incredibly tough term where there have been many interruptions due to the isolation requirements and the pandemic in general. Thank you to our parent community who have juggled the pressures of work commitments, covid, home life and supporting your child here at school. Our amazing staff will continue to provide hybrid learning opportunities for those at school and students who are required to work from home.

Business as usual for student achievement is simply not good enough anymore. In term two, there will be a focus on reconnecting our students with their learning. The last few years have had a long term impact on learning opportunities. We must adapt to our new settings and create sustainable learning opportunities and environments for our akonga to thrive. Waiheke High School needs the support of whānau and the wider community. Together, we shall encourage high attendance, promote excellence, be curious about your child's learning and create dialogue with the school and your student's teachers. We will provide opportunities next term for parents to come in and connect with the school.

Property work continues at the school as we look to improve our campus. We have completed an upgrade of our staff room which has focused on opening up previous office areas to make an enlarged and more functional kitchen area for our staff. This compliments our recent car park resealing and further paving works around the school. The new fence provides security outside of school hours and creates a safe environment by creating a barrier between the driveway/car park and cliff faces at the back of the school. You will have also noticed that we have removed the Eucalyptus trees in our effluent field. This has been done because the trees had become a health and safety risk with trees prone to falling down in high winds and damaging the lines in the field. We are in the process of laying new lines and replanting the field with more appropriate plants. Whilst it looks barren at present this will change as new plants grow. We have purposely chosen smaller plants initially to reduce the amount of watering required while they establish. We have further improvements planned to commence throughout the rest of 2022. Our science labs and D-block classrooms will be refurbished. We are also working to deliver a new hospitality classroom which will enable our students to learn in a fully equipped commercial kitchen. Watch this space!

Have a safe and wonderful Easter.

Roll on the holidays. Well done everyone, we are still navigating our way through this pandemic. I think the students and staff have all earnt this 2-week break. Be safe and enjoy having some leisure time over Easter. Here are some resources below if you need any help over the break. See you all in Term 2.

The Low Down Thelowdown.co.nz or free txt 5626 – phone/call or chat online if
anxious/down or depressed

Aunty Dee https://www.auntydee.co.nz/ - Aunty Dee is a free online
tool for anyone who needs some help working through a problem. It
doesn't matter what the problem is, you can use Aunty Dee to help you

NB. Some universities located outside Auckland hold information evenings in Auckland (in addition to their campus open day). See their website for dates and locations.

Applications for many tertiary courses open in April (especially Music, Art, Design, and Dance where auditions or portfolios may be required around September). We provide application help sessions late Term 2 and Term 3.

We provide information sessions about students loans and allowances, scholarships, and halls of residence during Term 2 and Term 3. 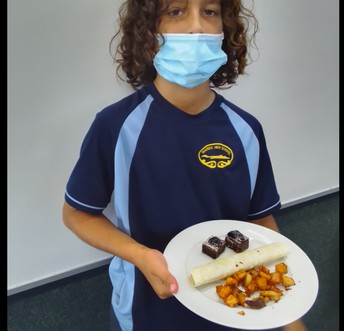 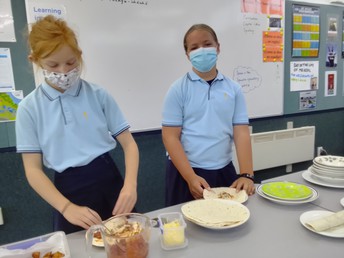 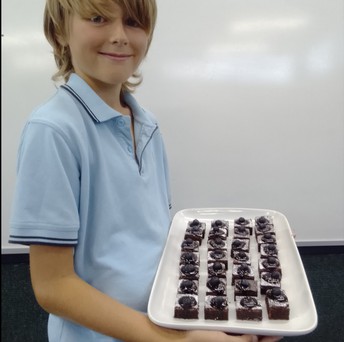 Yesterday's invitation match had all the dramas of a good hard close game where the score jumped back and forth to both home and away teams. At one point I felt our boys fitness was starting to show but unfortunately we came short with a final score 26-32 to the away team. This, in itself, was a huge result due to the age range and talent that Botany downs bought over. Our lads stepped up to the mark and beyond.

I believe Michael Young will forever be reminding us of his outstanding try but for me our standout players were Cameron Kerrod, Tai Rippingale, Peyton Upchurch and Felix Lindsey who all allowed their inner terrier to come out and disrupt nearly every ruck they were near.

Unfortunately Imri Seavill suffered an injury, however thankfully Dad was watching and whisked him off to Auckland - I spoke to Imri last night he is doing ok.

Also congratulations to Kody Watana (who is a Year 7) who got to play the last 15 min in the pack A huge undertaking! 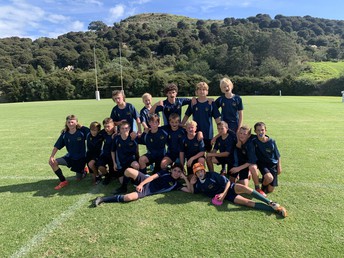 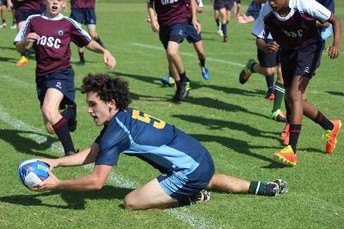 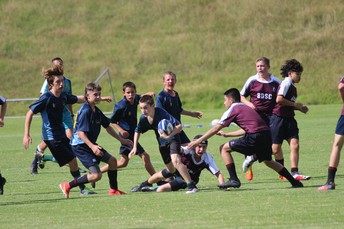 Part one of the University of Otago Junior Mathematics Competition took place on Monday the 4th of April. The competition is open to Year 9 to 11 students and has been running since 1985. It is administered by a manager from within the University of Otago Mathematics and Statistics Department. Other members of the Department help by writing questions, marking them, and determining the winners.

This year the competition is held in two parts - the first being a multiple-choice and short answer exam sat entirely online The second part is a paper exam limited to the top 15 percent of participants in New Zealand from part one of the competition.

Here is the first question from last year’s competition:

At the end write down your word. (All letters map to a number between 1 and 26 inclusive.)

(a) My first letter is equal to the positive square root of 49.

(b) My second and fifth letters are both equal to the smallest sum of two different primes.

(c) My third letter is equal to three times my second letter.

(d) My fourth letter is equal to the sixth prime number.

(e) My sixth letter is greater than my seventh number, smaller than 26, and is equal to a prime times a perfect square.

(f) My seventh letter is equal to twice the square of my ninth letter.

(g) My eighth letter is equal to the first odd number one greater than a non-zero positive cube number.

(h) My ninth letter is equal to the first odd prime number.

The school will be notified next term as to which students made it into part two of the competition.

Many thanks to our judges of the day - Mr Moore and Mr Johnson. Awesome, unique, healthy and creative designs all round. Well done Year 9 Food Technology!

Great effort from all. 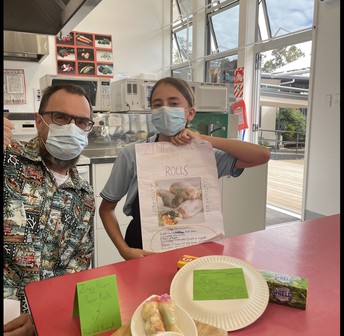 Winners were: Ruby Atkinson and Ria Town with their Zingy Rice Paper rolls 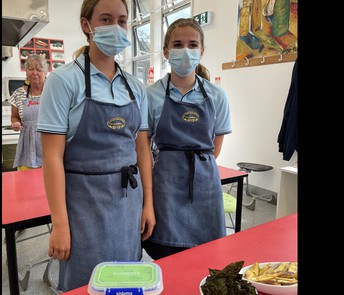 Second: Danielle Robb and Grace Russell with their Unique Vege chips - Kale/parsnip and kumara with a Cashew dip 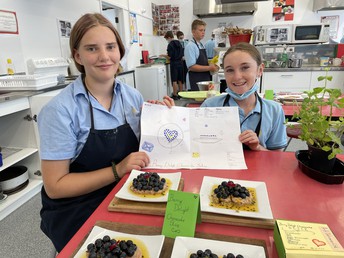 Third: Hannah Bakuwel and Ava Cash with their Berry delight! 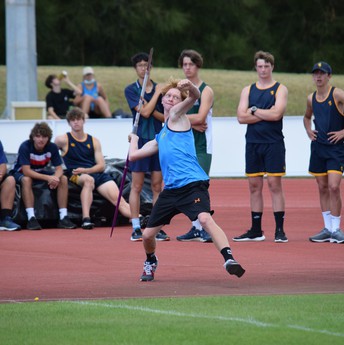 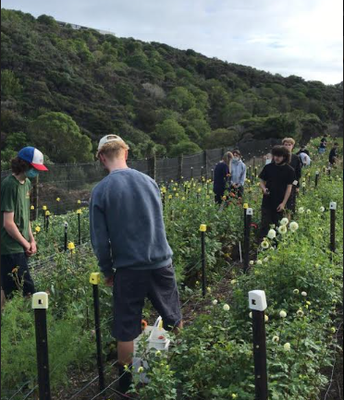 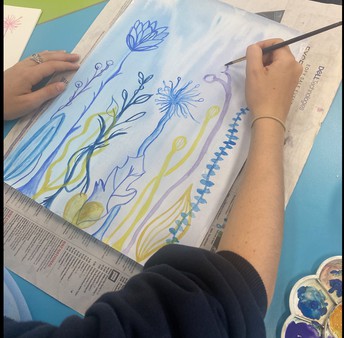 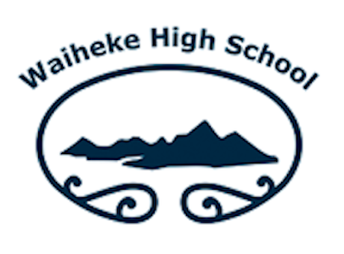 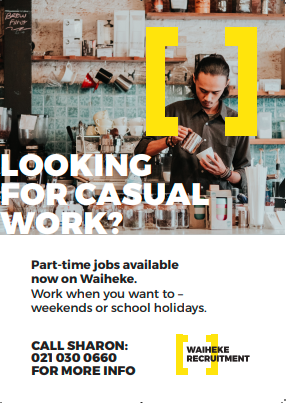 We are pleased to be offering two FREE courses during the upcoming school holidays, specifically for young people.

On Tuesday mornings, 19th and 26th April, we are running Road Code workshops from 10 am until 12 noon. This course covers the nuts and bolts of the road code and will also give learners the opportunity to practice the Road Code theory test online.

We also have a Youth First Aid course with our engaging tutor, Charli Crocker, on Thursday 28th April. from 8.30 am until 5 pm. This is a fantastic opportunity for young people to gain a Level 1 First Aid Certificate in a fun and interactive environment. Click Youth First Aid and scroll down to complete our application form.

Spaces are limited for both of these workshops, so be in quickly. 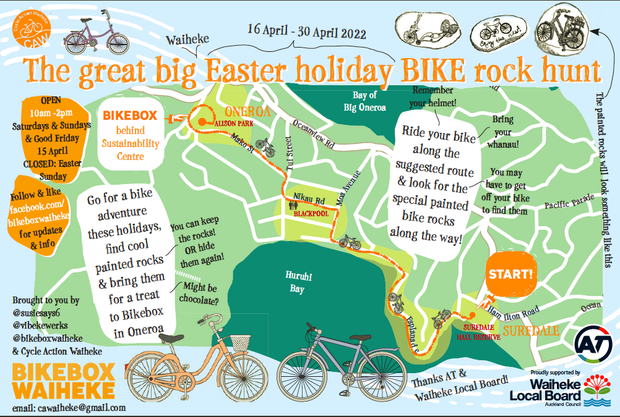 Contact Waiheke High school
Embed code is for website/blog and not email. To embed your newsletter in a Mass Notification System, click HERE to see how or reach out to support@smore.com
close
Powered by Smore
Powered by Smore