What is the Cuban Missile Crisis?

October 1962 - President Kennedy was informed that nuclear missiles were on Cuba by a U. S. spy-plane on a recon mission. The Cuban Missile Crisis was a 13 day confrontation between the United States and the Soviet Union dependent Cuba during the Cold War. This was a time of very high tension between these two nations. Nikita Khrushchev agreed to remove Russian missiles from Cuba in exchange for a promise from the United States to respect Cuba's territorial sovereignty by not enforcing a blockade around Cuba. President Kennedy also agreed to remove missiles out of Turkey at the time of the treaty. 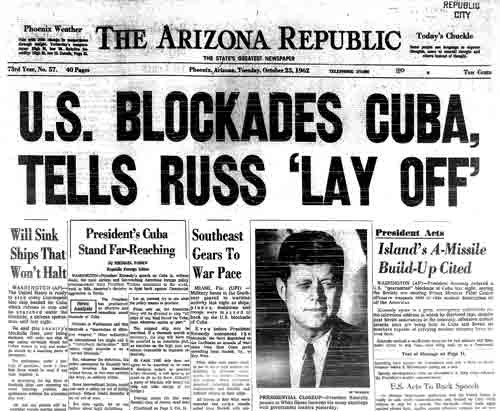 After seizing power in the Caribbean island nation of Cuba in 1959, Fidel Castro aligned himself with the Soviet Union. Under Castro, Cuba grew dependent on the Soviet Union for military and economic aid.

On October 14th, 1962, an American U-2 spy plane, making a high-altitude pass over Cuba, photographed a Soviet SS-4 medium-range ballistic missile being assembled. President Kennedy was informed about the situation on October 16, and he immediately assembled a group of advisors and officials known as the executive committee, or ExCom. President Kennedy makes an agreement with the Soviet Union to remove the naval blockade surrounding Cuba if Cuba will disassemble their missiles.

November 4, 1980 - Ronald Reagan is elected President over Jimmy Carter. Reagan, aided by the Iran hostage crisis and a worsening economy at home marked by high unemployment and inflation, won the election by a landslide. If it weren't for the cold war, our Presidents could have been elected for longer terms or not even elected in the first place. 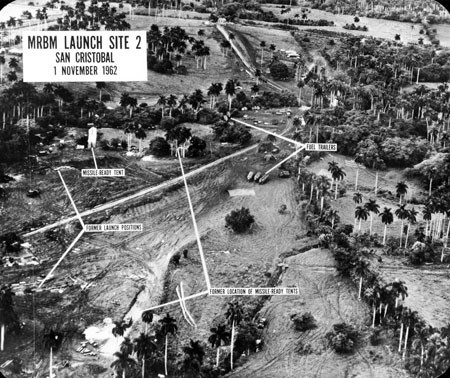 After seizing power in the Caribbean island nation of Cuba in 1959, Fidel Castro aligned himself with the Soviet Union. Under Castro, Cuba grew dependent on the Soviet Union for military and economic aid.

On October 14th, 1962, an American U-2 spy plane, making a high-altitude pass over Cuba, photographed a Soviet SS-4 medium-range ballistic missile being assembled. President Kennedy was informed about the situation on October 16, and he immediately assembled a group of advisors and officials known as the executive committee, or ExCom. For the next few weeks, Kennedy and his advisors wrestled with diplomatic solutions to this event. The idea of bombing Cuba before they could strike seemed the most logical. After those two weeks, President Kennedy enacts an operation to bomb Cuba. This operation is known today as Operation Safe Home. The bombing of Cuba is a success by destroying key weapons facilities. The Pentagon establishes an invasion to destroy any other possible threats to the well being of the nation. The fleet was dispatched from Florida and was in the Gulf of Mexico planning to start the invasion from Havana, Cuba. Before the fleet could take evasive action, they were attacked by a nuclear bomb that could be seen off of the coast of Florida. America was astonished from the attack.

In response to the bombing of the naval fleet, President Kennedy gets permission to strike back Cuba with a nuclear attack to disable entire entirely. The remaining medium bomber on Cuba drops a nuclear bomb on New Orleans. America needs to rethink its relations with Russia due to a possible attack. Khrushchev is out gunned by the United States and knows it. He decided that he has to attack first. The Soviets plan a strike and bomb suspected ICBM locations and major populated cities: New York, Los Angeles, Chicago, Houston, Philadelphia, Phoenix, San Antonio, San Diego, Dallas, San Jose, Jacksonville, Indianapolis, San Francisco, and Austin. There is an estimated amount of 29,078,269 with more wounded. Programs to rebuild the nation are taken into effect but all of the deaths scare the people to invest into fallout shelters. President Kenny once again gains permission from Congress to retaliate and attacks the Soviet Union with nuclear missiles striking Moscow, Kiev, St. Petersburg, Tashkent, Baku, Minsk, Kharkiv, Novosibirsk, Almaty, Yekaterinburg, Yerevan, Nizhny, Novogorod, Samara, Omsk, Kazan, and Chelyabinsk with 40,402,000 dead. The Soviet Union has been almost entirely eradicated. The nation started to entirely fail as a whole; people began to starve and die of hypothermia due to the loss of power. America is not proud of the innocent lives lost but knew that without attacking with force, the Soviet Union would strike again even harder.

Years have passed since the attacks of the Cold War and that the land that was once uninhabitable became inhabitable again. The United Nations meets to discuss what will happen with the land and decided that the land will be sold to surrounding nations including America. North Korea does not listen to the UN to attend meetings and invades the land that was once the Soviet Union establishing cities, a new capital, and military bases.

North Korea is not responding to the UN for invading Western Europe. President Obama is worried about North Korea becoming a serious threat to national security. Before President Obama can take action, America is invaded by North Korea with remaining USSR leaders. The invaders strike all major components of the U.S. including the White House. The military is devastated but still operational and fights with American militia against the invaders. With months of fighting, the Americans win with a free nation given back to them. 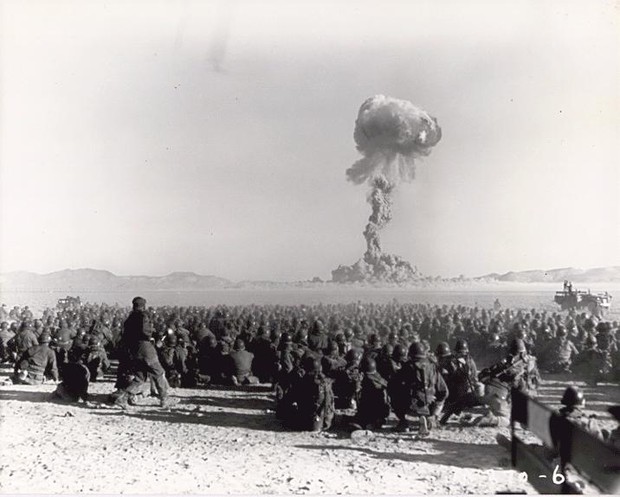