The spice of India

The spice of India

What is Black Pepper?

Pepper is a popular condiment on Western tables for hundreds of year but not everyone knows where it comes from. Black pepper is a spice that grows on a vine that is made from berry like fruits. It is widely farmed in Malabar India. People use it in all foods around the world and used a lot to cook food in India. One major food that uses pepper is curry. Curry is a mixture of spices and is one of India's most popular food. Black Pepper is also very nutritious, is contains manganese, vitamin k, iron, fiber, and copper. 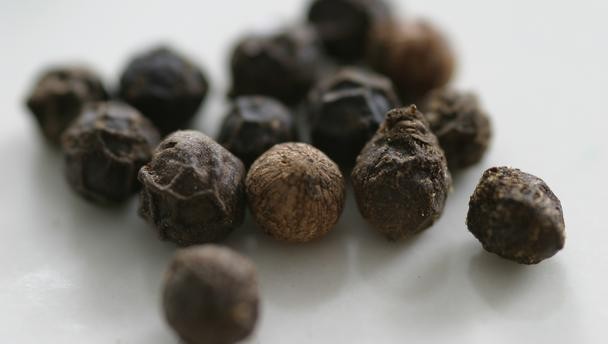 The history of Black Pepper.

Black Pepper was traded and sold for thousands of years in Southern Asia. Along with ginger it was the biggest export of the time. they traded with people from Europe, China, and the middle eastern. It was easy to find Black Pepper in India because it will grow wildly in south west India. Also Ferdinand Magellan took his most famous voyage but it was also his last to find spices he went to India and traded a lot of his treasures for pepper.

How is black pepper used today?

Today Black Pepper is a spice in everybody's kitchen. Though most of it is still grown in India it has migrated to the west and now people are farming it here. People are still using the ancient ways to farm this plant. Now on farms they will have multiple plants that grow pepper, and when they are ready to pick the farmer will take out the seed and lay them out in the sun for a few days to dry. Then they will be placed in bags and put under running water for 1-2 weeks in order to soften the skin. When that is finished it will imminently be taken out washed and dry and you are ready to eat.

picture on the right represents men laying out the black pepper seeds out in the sun to dry.

Why does black pepper make you sneeze?

It doesn't matter if it is black, white, or green all pepper contains an alkaloid called piperine. When Piperine is inhaled it triggers a nerve ending in your nose which will make you want to sneeze because it is trying to kick out the irritant.

how much is black pepper worth?

It is believed that when the Goths defeated Rome in 410, they demanded a ransom of 3,000 pounds of pepper, along with other valuables such as silk.

Follow S Fung
Contact S Fung
Embed code is for website/blog and not email. To embed your newsletter in a Mass Notification System, click HERE to see how or reach out to support@smore.com
close