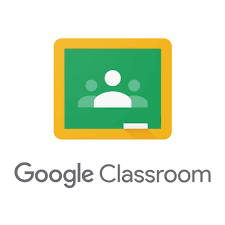 Now that we have fully settled in to 2019, and are getting used to the routine of being back in school, our attention can shift to the program upgrades that are happening for the year. Google Classroom has done just that. Over the past few days, they have released some features that will not only completely change the look of Google Classroom, but make it much easier to customize as well. These features will be rolling out very soon, if they are not already available and visible in your district G Suite account. 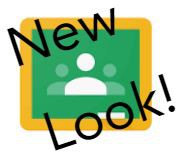 The first thing that you will notice about the upgraded Google Classroom is an upgraded look to the design. The new design of the page is much cleaner, with the header image not extending the full width of the page. Instead, it is now centered on the page, with rounded corners. The second item to note is that the Classroom code is now visible all the time in the header. The option still exists to expand it full screen, but it is no longer hidden in the "About" link, which has been removed. 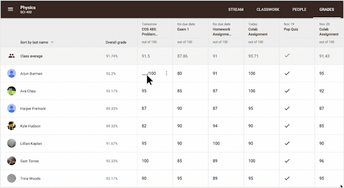 Alongside the Stream, Classwork, and People tabs at the top of the page, you will notice the addition of a Gradebook tab. This was something that Google announced at the end of 2018 in a beta version. You can actually still request the beta version of gradebook as well. With this new feature that will eventually be a mainstay, teachers will have the benefit of viewing all of a student's grades in one place. Also, similar to a LIS gradebook, the option exists to average student scores, and even how you would like Google to calculate those grades. Unfortunately, there is no direct streamline into Infinite Campus for grading, but this makes it much easier to view a student's performance in one overall window. 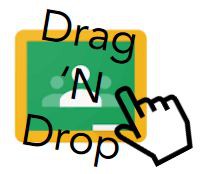 Drag and Drop Feature on the Coursework Page

When the new updates to the coursework page came out over the summer, the minimized look of the topics in the Classwork page was a huge benefit. Then, an even cooler action item was that you had the ability to reorder both posts in a Topic, and your Topics overall. Google has now taken this action even further and you can now drag and drop instead of having to repeatedly click the arrows. You are able to drag and drop assignments within a topic, and even reorder your Topics by moving the entire set. This is a much needed addition that will make organizing your Classwork page that much easier. 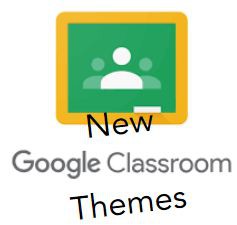 For as long as Google Classroom has been around, there have always been 78 themes to choose from. The Gallery is made up of 50 images, whereas there are 28 images in the Patterns. But, now, according to the release from Google, there will be 78 new themes that will be being released. It will be interesting to see if there will be a way to continue to use the current 78, or if there will be a major shakeup that includes an entirely new set of themes. 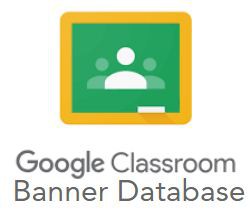 In addition to all of the great themes that Google will be releasing, another site to be aware of is the Google Classroom Banner Database. This is full of Classroom banners that students in my 7th grade Computer Applications classes have created. They are broken down by subject level, and there's even a spot for you to request their creation. If you would like to continue to reference the database without locating this newsletter each time, tiny.cc/gcbannerdatabase is the URL you will want to bookmark.

Follow Evan Mosier
Contact Evan Mosier
Paste in your blog/website to embed.
Aa Aa Aa
High Contrast Mode
Use the box below to choose the language: