Once there lived a stunningly beautiful goddess named Phylenthra. She had striking brown eyes, and long flowing brunett hair. She had many gentleman callers and that was part of her problem. She had the inability to settle down with one man. She would have one partner on Monday and then a new one on Tuesday.

For a long time Coramus, god of rocks and minerals, had loved the beautiful goddess, although he didn’t want to. He knew of her reputation and he didn’t want to get his heart broken. Phylethra had noticed Coramus did not fall over her like many other men did and she didn’t like it. So one day she walked right up to him and asked “Sir, I noticed you were one of the very few men in the village who doesn’t faun over me when I pass.”Coramus replied “I would fall for you if you could keep a man for longer than a blink.”Phylenthra was hurt by his accusation but she knew it was true, the longest she had kept a partner in the last few years we only about a month. “Maybe the reason I can’t keep a man is because I haven’t found the right one. I would be delighted if you would escort me on a date tonight just to test the water. So I can prove to you I can keep a partner.” Coramus agreed to take her out to dinner; after all she was the most beautiful goddess of all the lands, airs, and seas.

After two year of Phylethra perusing Coramus he proposed to her. The wedding was beautiful, with so many delicious treats to count. On account of Phylenthra being the goddess of sweets and delicacies. Everyone in the village was surprised Phylenthra had settled down with one man, but probably most surprised of all was Coramus. He had doubted the relationship form the start. After he and Phylenthra were wed she got pregnant with two beautiful baby girls. The family was wonderful, that is until Prince Alester moved to town.

Prince Alester was devilishly handsome; at least that’s what Phylenthra had heard from the woman around town. She was told by one lady the he had “short brown hair”; another had talked about his “deep blue eyes”. The goddess was hoping to meet this prince and she knew right where he’d be, the local market. Phylenthra gussied up and headed straight there on the excuse of needing more milk for dinner. Upon arrival Phylenthra was greeted warmly by the shop owner Miss Hillary. Miss Hillary was going on and on about how a famous man was visiting her shop. Phylenthra had never seen her so excited, about anything.

When Phylenthra was finished talking with Hillary she presumed her mission, find Prince Alester. She searched the store as unstalkerish as she possibly could. She had been through the bread, dairy, sweets, and drinks before she found him. And that’s when she realized the rumors had been true. He was very easy on the eyes. She boldly strutted right up to him and introduced herself. All the women who had been hanging on him scattered at the sight of her. When it came to men there was no competition. Phylenthra had been chatting him up before he asked her on a date and of course the answered yes to the handsome prince. Then a daunting thought came to mind Coramus.

“What have I gotten myself into this time” was all she remembers thinking on the way to the bistro. When they arrived she had decided to carry on as usual and to see how this date went. If she truly loved Alester them she would divorce Coramus, and if not she would pretend this night never happened. The date went swimmingly and Phylenthra found herself having a truly wonderful time. So the decision had been made she would go home a tell Coramus things were over, only it was too late.

You see Coramus had gotten word of Phylenthra, his wife, out with another man. He didn’t believe it the first time, but soon he was being told left and right all these crazy stories about his wife out on a date with another man. He really couldn’t discount the thought anymore with the amount of times he had heard it. So he sat out to find her, not to confront her, but to prove the rumors wrong. Only when he made it to Hillary’s Market she told him that Phylenthra had left hours ago. Coramus thought bak to what people had been saying and one person display of the information struck out. “She’s out on a date with that handsome new prince; I believe they were at the bistro.” Coramus ran to the bistro, but lost confedence the closer he got. “What if the rumors were true and my wife is cheating on me.” He nearly stumbled inside and what he saw, he didn’t want to believe, Phylenthra sitting holding hands with another man. Coramus doubled over in pain and sadness. He felt as though he lost a battle between him and his own wife.

He sat there behind to counter for almost ten minutes before regaining enough courage to confront his wife. When he stood he saw Phylenthra kissing Prince Alester! Over run with anger Corasmus open the Earth causing a great shaking sensation; the hole split the restaurant in half and sucked the tables over it inside. People scattered like field mice, all but Prince Alester and Phylenthra, they didn’t make it far enough and were sucked into the hole. After they fell the hole caved in on itself closing the ground back up afterwards.

A very unhappy ending fell upon Phylenthra, she was sentenced to life in the underworld with no one the comfort her. She learned to never be unfaithful, untruthful, or unholy in anything. Now she passes on her message by causing Earthquakes whenever someone is any of those things. She usually will not kill them, just shake them up a bit. But whenever people come across one the think of her, and the fate that beheld her. 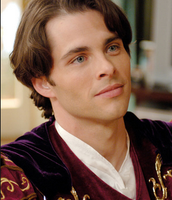