The MIDI Designer Community is made up of die-hard MIDI Designer fans. These fans talk about MIDI Designer on forums like Gearslutz.com, make and share functional and beautiful layouts. And they make feature requests.

This release delivers advanced functionality to help MIDI Designer evangelists do their work even better. The Community has grown by leaps and bounds in recent months. Now, advanced users have even more power to push forward.

This release also includes new features and fixes that are of interest to all MIDI Designer users. 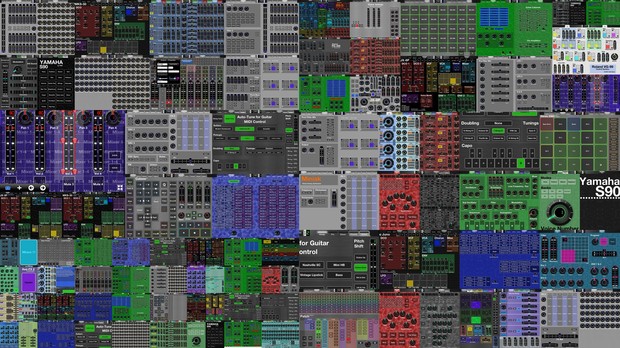 MIDI Designer Lite has always been free. At the beginning it had color limits and a 12-control limit (on iPad, 5 on iPhone).

As the MIDI Designer Community has grown, control limits became crippling. New users want to test all aspects of MIDI Designer. They want to know how a layout will work in their rig, and whether it can do this or that. And that should be free.

So, we invented the Lite Bar, and with it, we've released Lite from all limits. Dream, create, and play your perfect MIDI controller. If you ever decide to remove the Lite Bar, reach for Pro. It's waiting for you. 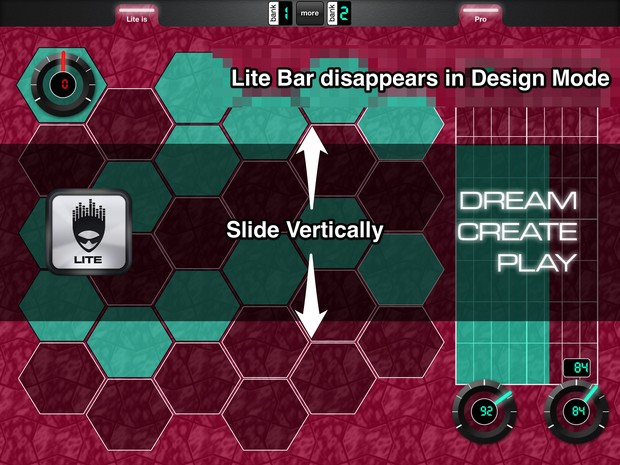 Via supercontrols, MIDI Designer allows you to create complex MIDI controllers. But you don't need everything when performing. Show select controls in Design Mode only.

Named Ticks allow you to name each step or "tick" in a variable control. You can also set its MIDI value and display value. Named ticks adds enormous flexibility to MIDI Designer.

Do More With Buttons

Send all values from the current page from a control button, or toggle the accelerometer. You can even trigger these from external MIDI. Users requested it, we provide it.

New button shapes, white LED color, sysex learn and a host of other features round out this release.

As for us, we'll be working on the next release!

Facebook @mididesigner
MIDI Designer is the best-selling MIDI Controller for iPad, iPhone and iPod touch. Available in a limited Lite version for free and an unlocked Pro version for $18.99.