All Garnet Valley School District emergency cards and parent forms will now be completed online usingFamilyID. This means that all of the information that was once mailed home and stored on paper is now digital, making the process for both our parents and staff more efficient. Family ID is a secure registration platform that provides families with an easy, user-friendly way to complete school emergency cards, sign school policies, media releases, and more. FamilyID also helps the district to be more administratively efficient and environmentally responsible. When you register through FamilyID, the system keeps track of your information in your FamilyID profile. You enter your information only once for each family member for multiple uses and multiple programs.

HSA Forms - There is still time to complete our HSA forms! They are due September 21 and can be found here: https://goo.gl/forms/uAVgnfP3fCxiNuh12

Homeroom Parent Meeting - will be September 28 in the GVE Cafeteria. Homeroom parents will be contacted a few days prior.

HSA Meeting - Please join is at GVE on October 16 at 7 pm us as we discuss our plans for the year!

School Store - Our first school store is Wednesday, October 17! Students can shop at recess for items ranging from 50 cents to $5.00.

If you have any questions or are interested in volunteering please contact Erin Villone at erin.villone@gmail.com. Have a great week!

With the new school year kicking off and Back to School Nights beginning, we wanted to remind you about our new progress report starting this year. The GVSD elementary progress report is updated to reflect current trends in education. It remains anchored in a standards based reporting principle where students’ progress towards standards is indicated along with reporting on the Qualities of a Learner. The updated progress report enhances the Qualities of a Learner to reflect 21st century skills and updates academic indicators to be more accessible to students and parents/guardians. Characteristics of an ideal progress report were identified through research on assessment and best practice, examining samples from other districts, and by defining those qualities essential in our own district.

The recent updates were created to achieve different goals. The updated progress report provides more information to parent/guardians, has a consistent grade scale across K-5 via a new rubric, reflects elements of current instructional practices like reading workshop, and will include the level of books the student is reading.

Student progress on each Quality of a Learner and academic indicator will be reported using a 4-point rubric. This rubric is a departure from previously used state reporting language and intended to be more student-centered. The rubric was designed so that grades do not indicate the end of the learning progress. The student score on the rubric informs the student and parent/guardian of where the student currently is on a learning continuum.

A full description of the new progress report was included in the Elementary Handbook that was available through Family ID. It includes the Qualities of a Learner and the rubric. It can also be found on our website and through this link:
http://gves.garnetvalleyschools.com/resources/elementary_handbook

In the Elementary Handbook, the Introduction to the Progress Report begins on page 20. Teachers may reference this during Back to School presentations as well.

The school day is now from 8:45-3:15. Students must be in the homerooms by 8:55 or they will be marked absent. Car line for morning drop off will start at 8:25. We recommend getting through the car line in the side parking lot before 8:45. There is little time to drop off at the front of the school between the buses leaving and the front door closing. After the front doors close at 8:50, please park in front of the school and walk the children in. Dismissal at the end of the day will begin at 3:05. We recommend using the school bus whenever possible.

Link to breakfast and lunch menus

New App - Having a district app will allow our parent community to easily stay connected to district news and events. Key features of the app include push notifications, a calendar of events sections, and district news. Please note the app is new and not all features are active. We also anticipate improvements being made throughout the course of the school year. Please click here for directions on how to download the new app.

Early Dismissals - Early dismissals due to weather or unforeseen circumstances will be announced through the phone number you provide in Alma, email, district-level social media, and websites. Please keep your Alma contact information current. You can update this information in your account.

Absence Reporting - Launched at the end of the last school year, the new School Messenger (Safe Arrival) Absence Reporting System makes it easy for parents/guardians to report their child's absence, reduces the time it takes to verify student attendance and will allow our staff to respond to unexplained student absences more efficiently. Please click here for directions on how to use your phone, app, or computer to report an absence.

Social Media - GVES is on Twitter, Facebook, and Instagram! Our handle is @GarnetValleyES on all three platforms. We also podcast on iTunes. Just search iTunes for "Jaguarmax."

The calendars should all now be correct on the GVES and GVSD websites and on the app.

Don't forget to sign up for band or orchestra! All incoming 4th and 5th graders are welcome to sign up. Lessons will begin in September. Please click here to register.

Contact Mrs. Burke (orchestra) or Mr. Olson (band) with any questions you may have.

The new schedule for this year is below:

Every student is invited to join chorus. Singing in chorus gives your child a wonderful opportunity to perform in an ensemble while building upon concepts generated in the general music classroom. We perform two concerts a year, one in the winter and one in the spring.

At the beginning of the school year, parents may go to the online sign up form which will need to be filled out with contact information, student home room and grade level. The information provided will help me communicate with parents regarding rehearsal attendance, performances and other announcements. Students may join in January if they did not join in September.

Morning chorus rehearsal begins after the buses arrive and runs from 8:30 to 8:55 a.m.; students are then dismissed to their homerooms. Chorus rehearsals will not conflict with morning language classes. Students who participate in language class will be dismissed from their class to attend chorus at 8:30 a.m.

PLEASE NOTE: There is absolutely no conflict with orchestra/band lessons and chorus. Instrumental lessons run during the day with ensemble rehearsals after school. More than half of our chorus students also perform in an instrumental ensemble.

Robotics clubs are registering for the fall for students in all three grades. Go to www.radrobots.net to see what is available at GVES. Multiple sessions are available and will continue to be posted on the RadRobots website. The flyers are below. 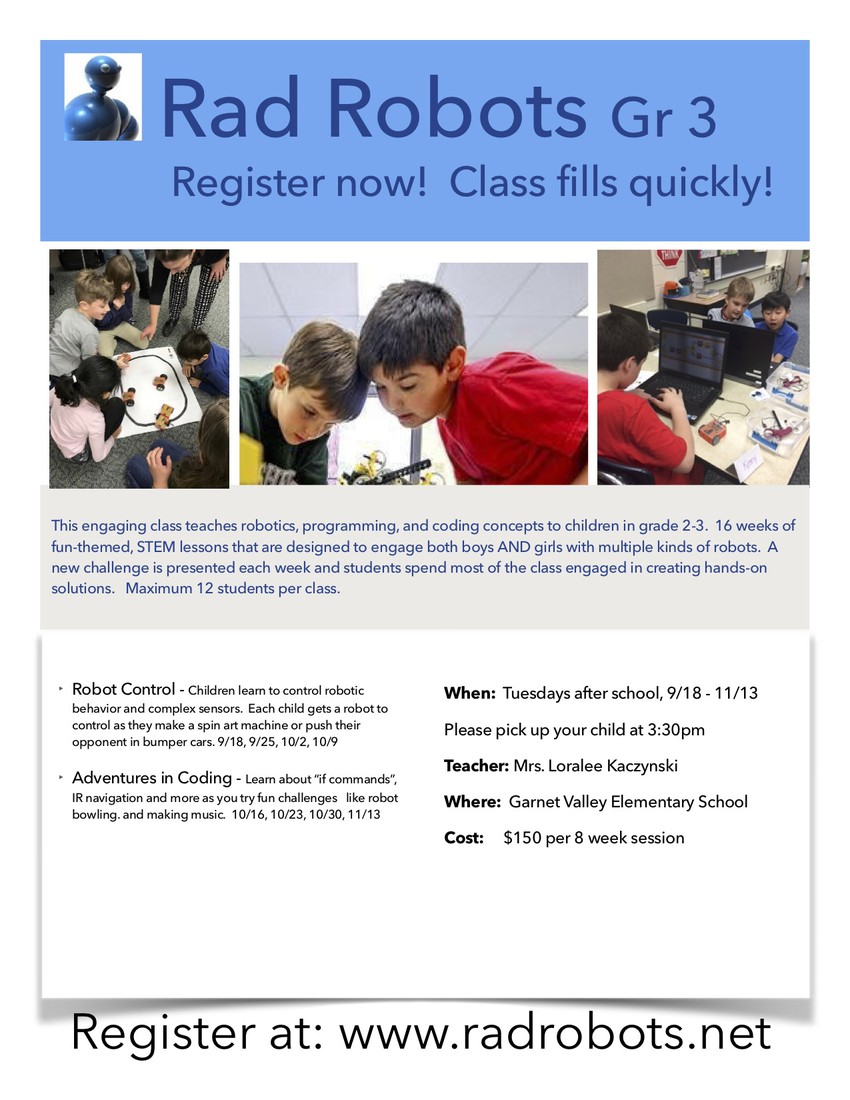 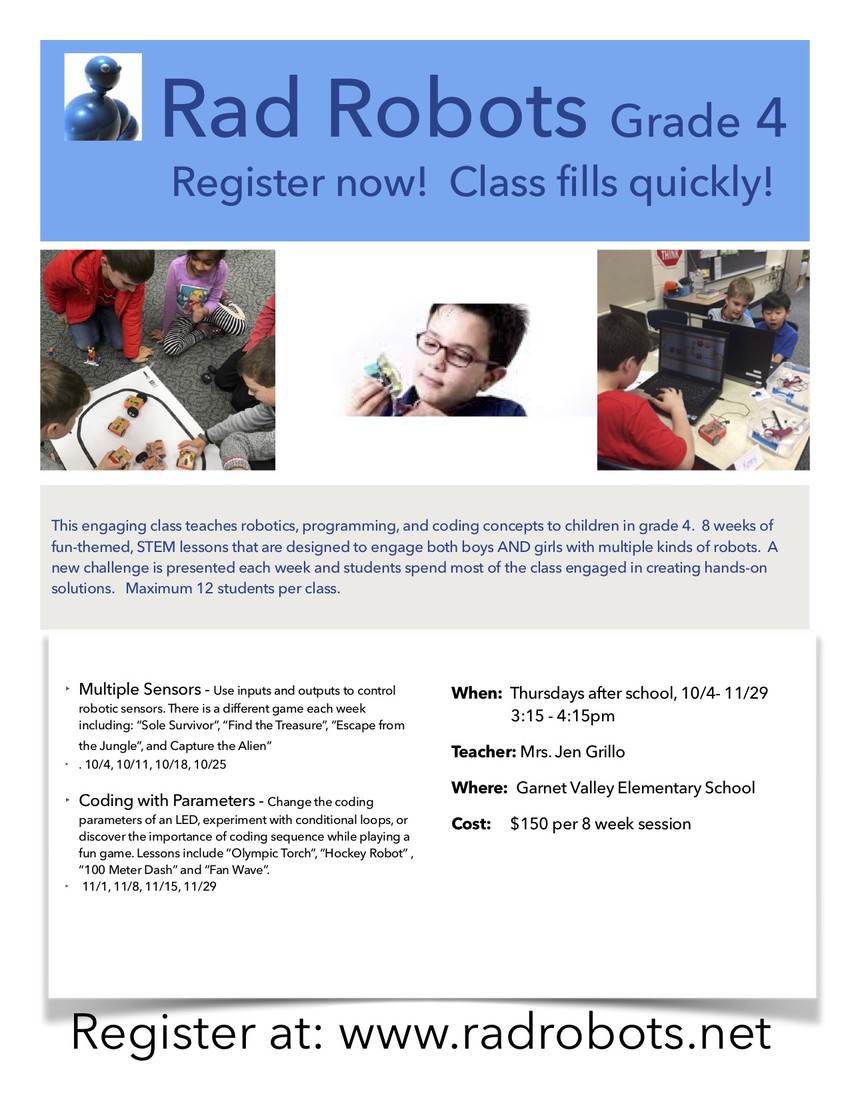 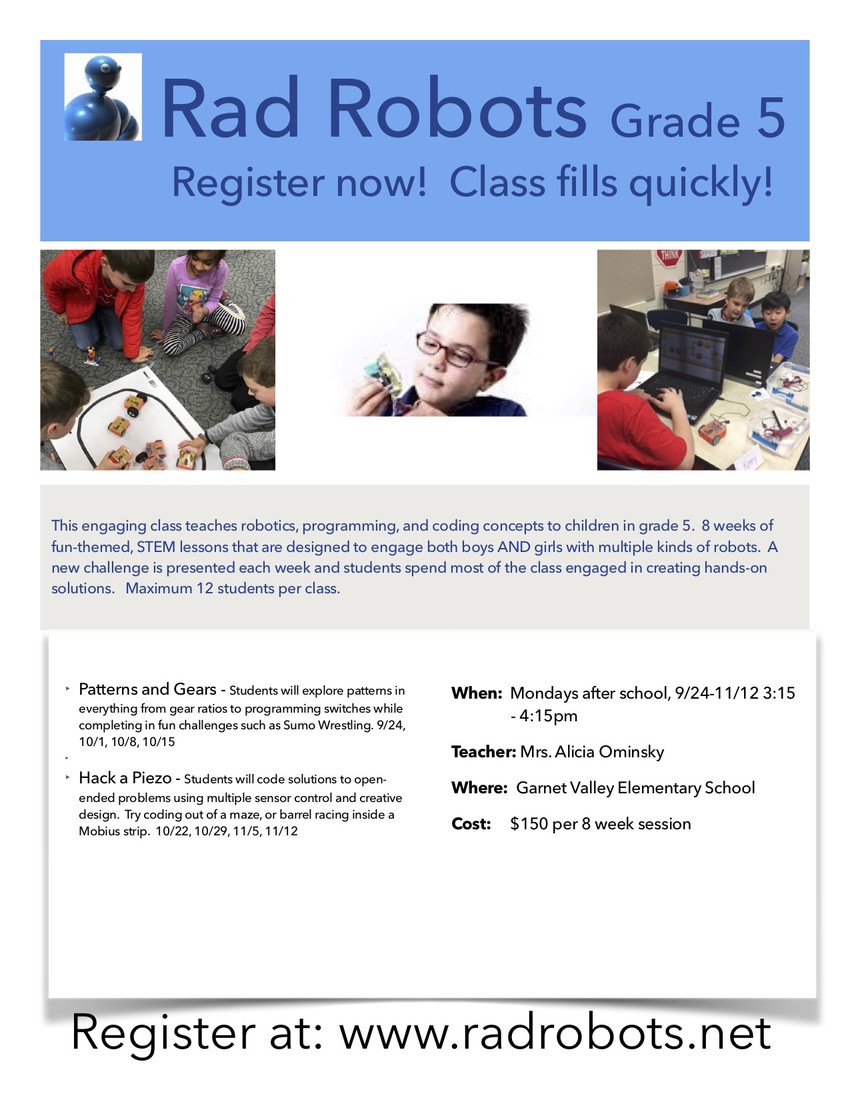 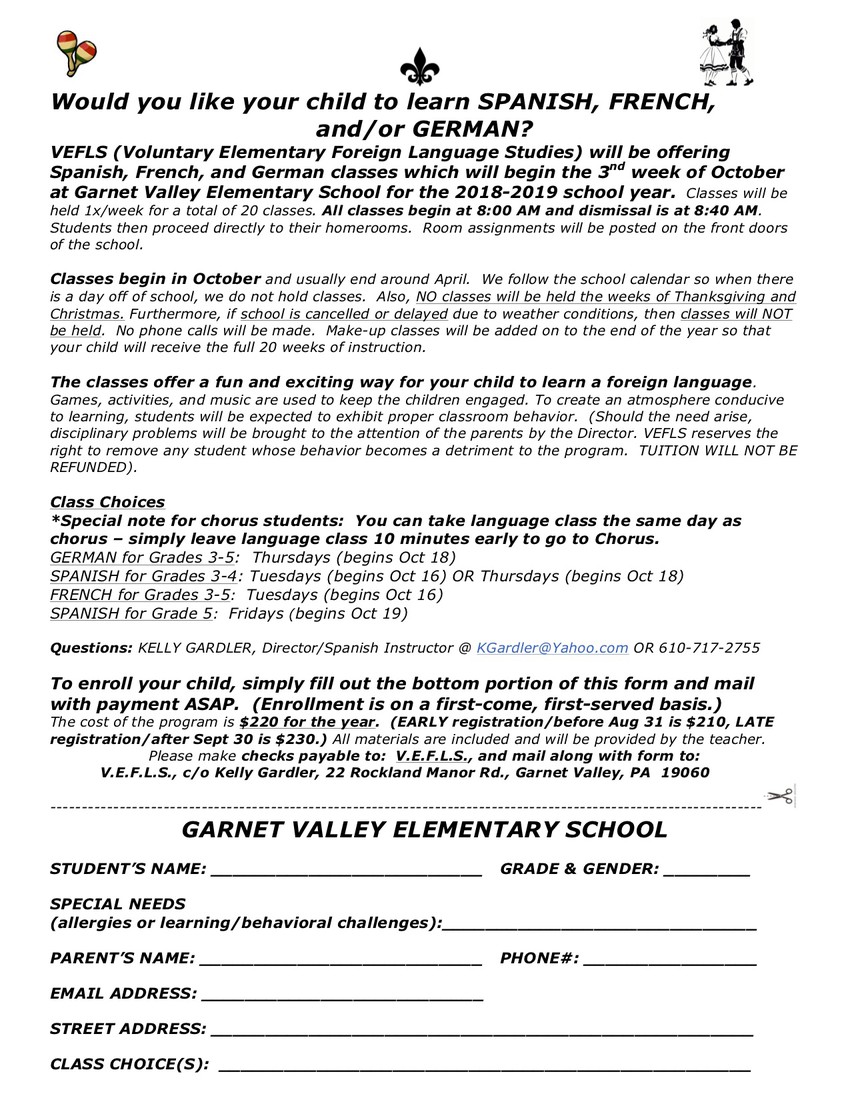 Did you know? One of the most powerful things that you can do to reduce the present or future risk of your child smoking, using drugs or alcohol, feeling depressed or stressed is to – eat together without screens (phones, computers, tablets, TV)! This meal can be breakfast, lunch, dinner, or a snack.

Call to action… You will have lots to talk about during your meals after the first weeks of school – ask specific questions such as: who was the first person you saw when you walked into school on the first day, what was the best thing one of your teachers said to the class, did anything surprise you this year, did you notice anything new or different in the building, etc., or just get everyone in the act of making the meal and conversation will happen.

The results of this anonymous survey are self-reported and represent 83.9% of our students.

The U.S. Food and Drug Administration today announced a series of critical and historic enforcement actions related to the sale and marketing of e-cigarettes to kids. In the largest coordinated enforcement effort in the FDA’s history, the agency issued more than 1,300 warning letters and civil money penalty complaints (fines) to retailers who illegally sold JUUL and other e-cigarette products to minors during a nationwide, undercover blitz of brick-and-mortar and online stores this summer. As a result of these violations of the law – and other indications that e-cigarette use among youth has hit epidemic proportions – FDA Commissioner Scott Gottlieb, M.D., signaled that the agency intends to take new and significant steps to address this challenge in a speech at the agency’s headquarters.

We have seen an increase in Garnet Valley from 2015 to 2017 for students reporting that they have Vaped/Juuled in the past 30 days. The overall percentage increase has almost doubled from 7% to 13%. The preference for students who reported vaping/juuling in 2017 was flavoring for 20% of 6th graders, 74% of 8th graders, 70% of 10th graders, and 60% of 12th graders. Nicotine in high doses is also present in vapes or juuls advertising that they are “just flavoring”.

Call to action… These products are HARMFUL for young brains. This is an important discussion for families. For teens, adult silence can be seen as consent. Learn the facts below. 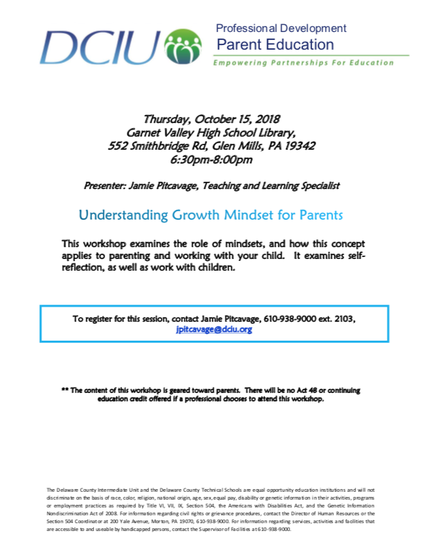 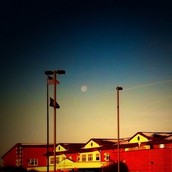 "A Caring Community of Learners"

The mission of our learning community is to maximize the potential of all students by empowering them to do their personal best.