Office Closing at 3:30 this Friday

We apologize if this causes any inconvenience, but we will be closing our office this Friday, December 13, at 3:30. 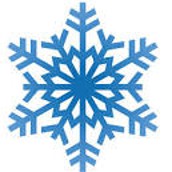 Winter break is from December 23-January 3. School resumes on Monday, January 6. We hope everyone has a safe and enjoyable break filled with family and friends. 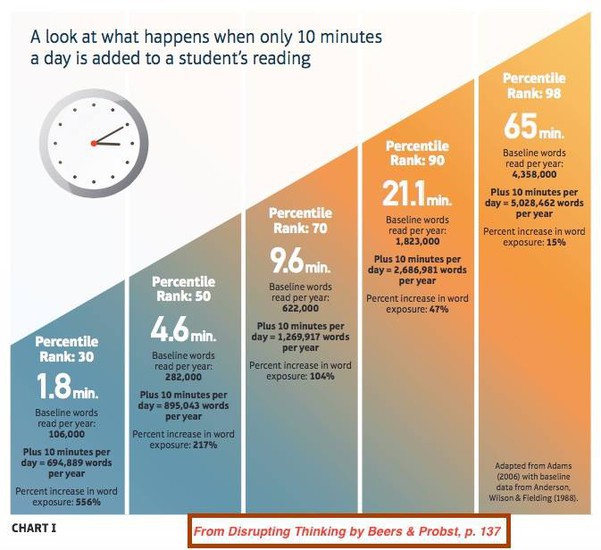 How much should my child be reading at home? AS MUCH AS HUMANLY POSSIBLE!

Beaverton School District utilizes the workshop model and materials from The Teachers College Reading and Writing Project. There is extensive research behind this work, and I'd like to highlight the necessity of your child reading at home as much as humanly possible.

The amount of time reading is the best predictor of reading achievement, including a child’s growth as a reader from the second to the fifth grade. We vigilantly work on matching books to readers and protecting time for students to practice reading during class. But the time spent reading at school is not enough. It is essential that your child is reading at home.

All of school is going to become easier for your child if they become a powerful reader.

For instance, the child who scores at the 70% level in reading is reading about 10 minutes a day and is seeing about 620,000 words per year. If we add just 10 minutes a day, he moves from seeing 620,000 words per year to over 1.2 million words per year. What happens when kids see more words? They learn more vocabulary, they understand nuances of meaning, they make better inferences, they understand more about text structure, they write better, they comprehend better, and they score higher on standardized tests. 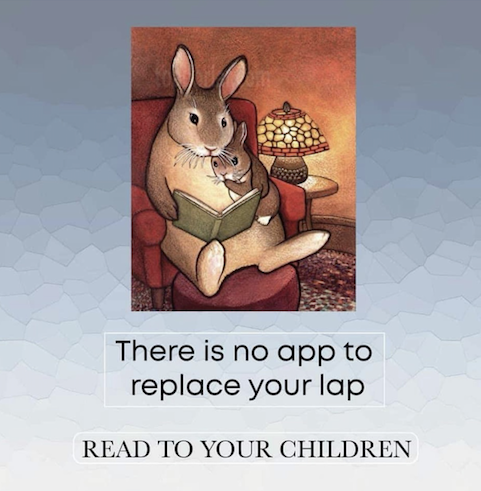 Akshara Ashok, a fifth grade student in Mehreen Krueger's class was selected as a finalist for Oregon's Kid Governor (ORKG), a statewide civics program for 5th graders managed by the Oregon Secretary of State's Office.

Although a fifth grader at Jacob WIsmer Elementary won, we are very proud of Akshara!

When asked about Akshara, her teacher Mehreen Krueger said, "Akshara is an intelligent, compassionate and creative thinker. She strives to be her best self and brings others up. She is also someone who walks her talk by thinking of actions that leads her to her goals. I knew she would make an excellent candidate when I worked with her on a project that involved her as a fourth grader. She came to me to work on a fifth grade blog our class created called, Force Field for Good. There I saw how she was and knew when the Oregon Kid Governor came up the following year in October she would be the ideal candidate."

Timed to coincide with Election Day in November, ORKG offers each elementary school in Oregon the opportunity to enter one student candidate into a statewide election that other 5th graders vote in. Classes can nominate a classmate to run for office, vote in the election or both.

ORKG candidates work with their classmates to create a campaign video outlining:

From the pool of nominees, a selection committee chose the final seven candidates and the Secretary of State's Office posted the videos online. During Election Week, registered classes watch and analyze the campaign videos and voted for the platform and candidate they wanted to support. The candidate with the most votes statewide is then named Oregon Kid Governor.

The winning candidate serves a one-year term with all the benefits and responsibilities of being Kid Governor. These duties include: sharing their issue statewide with constituents, writing posts for an official blog, and meeting and speaking with students and adults across the state, participating in programs and events with the Oregon Secretary of State's Office, and having a special office in Salem.

You can watch her video below.

My name is Steven Sparks and I am leading the Middle School Attendance Boundary (MSBA) project for the Beaverton School District. I am reaching out to you today to see if I can come to your next PTO meeting and talk with you and your audience about the MSBA project. This is an important project because it is a comprehensive review of the middle school attendance boundaries. The project has the potential to change your middle school feeder patterns and your families need to be informed and involved.

The PTO is looking for 10 parents to volunteer their time for the Family Dance Committee! The committee members will help finalize details with the DJ, plan and help set up decorations and attractions, and determine what concessions will be available. This is an extremely fun event and always a huge hit with the students, but it’s not possible without the volunteers to help it run smoothly. Please let us know if you can help, we are aiming for 10 committee members by Dec 20th in order to move forward with the event on Jan 24th.

We wanted to let you know about some of the neat things happening at the library over winter break.

Winter Break Programs: Every day of winter break there will be something new to do at the library from 2-3 PM for K-5 kids and their families. From balloon rockets, to fantastic forts, pop-up cards, and a penguin party! We hope to see a lot of Scholls Heights kids drop by to see what’s happening!

We are hosting our unofficial Oregon Battle of the Books (OBOB) Practice Battles on Thursday, Jan. 2! OBOB teams can test their knowledge against teams from other schools in a situation much like they may face in the regional/state tournaments. If students from your school want to participate in the library’s practice battles, but their teammates can’t make it, they can still register as individuals, and we’ll place them with a team the morning of the practice battle. Team and individual registration required at www.BeavertonLibrary.org/Register (Registration opens Dec. 2) 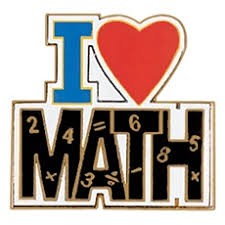 Are you wondering the progression of addition and subtraction? Are you curious about the progression of multiplication and division? If so, please check out the information videos from Graham Fletcher. He has worked in education for over ten years as a classroom teacher, math coach, and currently as a district math specialist. He graduated from the University of Georgia where he earned his specialist degree in Math Education. Graham’s passion for conceptual understanding through problem-based lessons has led him to present internationally and throughout the United States.​ Here is the link to his Progression Videos. 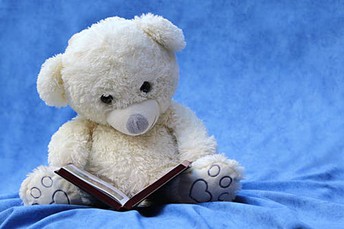 There are resources and guidance on how to set up a ParentVue account. Please view the FAQ for instructions on setting up your account. There are several benefits to moving to paperless report cards. You will be able to view grades days after grading days, rather than wait up to two weeks for a report card to come by mail or in your child’s backpack. In addition, moving away from paper is environmentally friendly and cost-effective for the District.

Please contact your school if you need help setting up or accessing your ParentVUE account or need assistance with a printed copy. We will be sharing more information about this transition in the coming weeks.

Thank you to everyone for turning off your engines while waiting in the afternoon at pick-up time, staying in your vehicle, and moving forward as needed. The teachers and staff are very appreciative.

If you are dropping off students in the morning, please turn off engines while waiting in the car-line before the bell rings. The exhaust collects at the front entrance where students are often waiting before the doors open. In the winter months, we experience air stagnation which can make the effects of air pollution more severe. Thank you.

Now is a great time to turn in your blue bags filled with bottles and cans. Everyday through December 16th, Schools Heights families can drop off bags at school on the bench in the front entrance or drop them off anytime via the Drop Door at a BottleDrop Redemption Center.

Need a blue bag? Pick one up in the front office or email greenteam@shpto.org to have one set home with your student. All money raised goes the PTO general fund for teacher resources and school programs. For more information on the PTO's BottleDrop fundraiser see www.shpto.org/bottledrop.

Please take a moment to label your child's coats and sweatshirts. It is amazing how many wonderful clothing items end up in our lost and found. Unclaimed and non-labeled clothing will be donated to Beaverton Clothes Closet January 10. 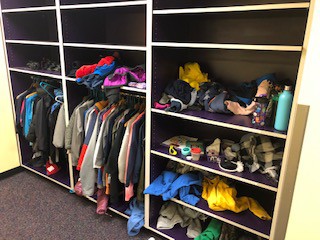 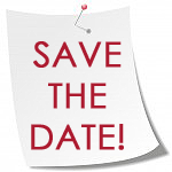 Dinning for Dollars this month is at Mod Pizza on December 10. Enjoy pizza and support Scholls Heights PTO.

Too Sick Too School

It's normal for children to get sick from time to time. But when should a parent keep a child home? Please visit the Washington County Health & Human Services Department School Exclusion webpage for guidance, rules and communicable disease facts.

Below are some guidelines to help you make the decision about when to keep your child home from school. The recommendations are based on the guidelines provided by the Communicable Disease Program of the Washington County Department of Health and Human Services. They were developed to help prevent the spread of potentially contagious disease.

Home is the best place for a child who is ill. If your child is sick with a diagnosed communicable disease, please notify the school as soon as possible. This notification will greatly assist others who, due to medical reasons and/or treatments, have weakened immune systems and may require immediate and specialized care.

Below is the link to approved flyers for After School Activities. There is also a flyer for a Club K Winter Camp at a different school location.