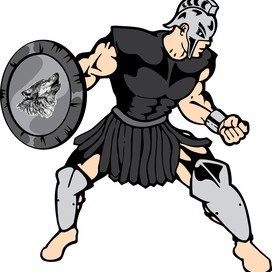 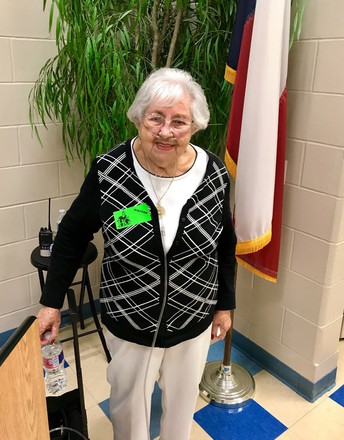 Thursday, May 24th, Rose Williams shared the harrowing tale of her experiences in the Holocaust, recounting the incursion of the Nazis into the social order of her city which began with a series of posters proclaiming that Jewish children would no longer be allowed access to an education. Soon came the mandatory yellow starred armbands, followed by the removal of radios from Jewish households, which quickly escalated into the construction of a local ghetto and the subsequent eviction of her family from their home. After detailing the grueling conditions of life in the ghetto, Rose recounted the horrifying loss of her grandmother during the relocation of the ghetto residents to concentration camps, or as Rose referred to them, “Liquidation Camps.”

Separated from her family and living through torturous treatment, Rose found solace in the woman who would become her surrogate mother, a German schoolteacher who helped Rose find the determination to survive. In her darkest moments Rose had given up, but it was the infamous Josef Mengele himself whose casual cruelty ironically led to Rose’s reunion with her younger sister, reigniting both girl’s hope and their will to keep going. Transferred from camp to camp as the war began to turn against the Nazi’s, Rose, her sister, and her surrogate mother persisted, outliving their Nazi captors and even reuniting with her older brother after the war’s end.

Rose’s story, tragic as it is, was followed by a message of hope and love, and perhaps most importantly, a call to ensure that we never stand idly by why evil works its wicked agenda.

Ask your 8th grader about the presentation. Here is a video recording of her presentation so you can view it as a family.

It's a GREAT day to be a Gladiator!

Congratulations to our 8th grade boys soccer team, they went undefeated for their inaugural season! Great job athletes and coaches! 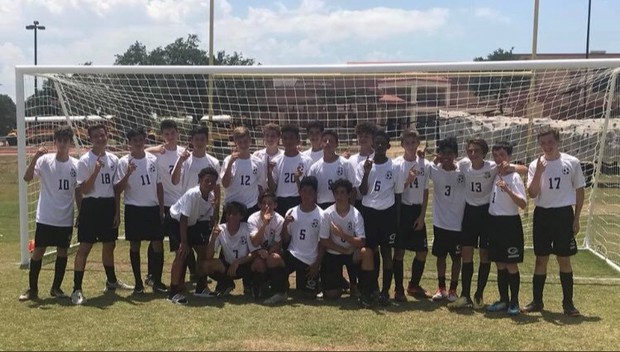 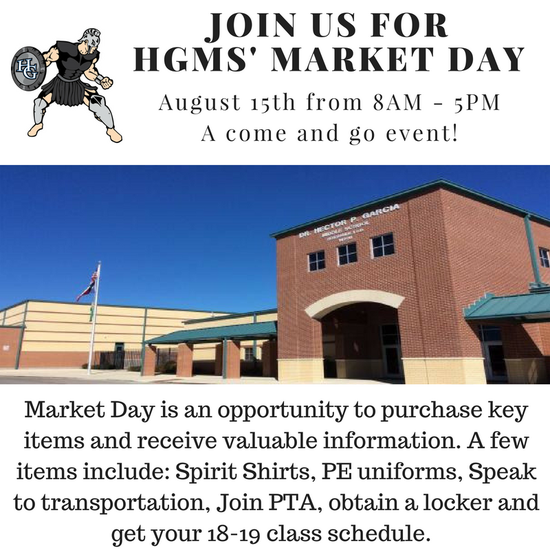 Week At A Glance

Last day for students to dress out in PE 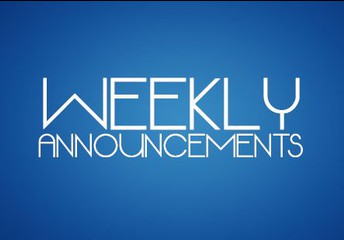 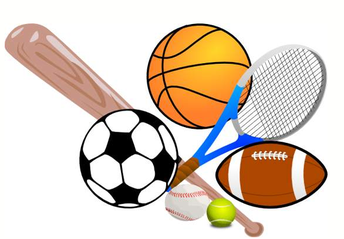 Is your child planning to be in athletics next school year as a 7th or 8th grader? If so, then read the information below regarding necessary paperwork that needs to be submitted to the coaches. (All the information has been sent home with the students as well.)

Current physical and medical history forms are due to the coaches by June 7, 2018. If your child has asthma, there is an asthma form to be filled out by the doctor as well.

There are 5 required online forms to be completed. Link for completing those forms:

If you need information about athletics, go to the Garcia Athletics main page:

If you have any questions, please contact your child's PE teacher. 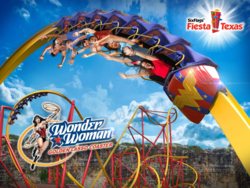 Support your campus and try out the new Wonder Woman Golden Lasso Coaster which features three single seat trains that race along a slender yellow track that drops you down 90-degrees, accelerates through multiple wave turns, zero-g rolls, and a steep uphill spiral.

Six Flags 1-day tickets are on sale for $39.00 and can be upgraded at the park for $29.99 +tax. This is a savings of $16.21. Remember for every ticket sold OUR campus receives $3.00 that can be used towards upgrades to our campus. Last years commissions will be going towards new benches in the front of the building. Cash only. See Sandi Consevage to purchase or for more details. 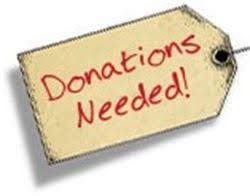 We are in need of:

Please bring to the front office by Thursday, May 31st! Thank you! 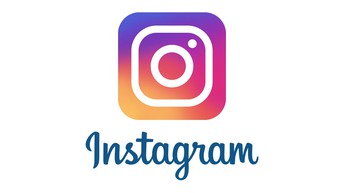 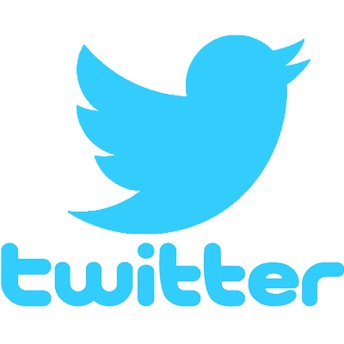 Congratulations to these young authors! Their work was chosen to be published in the district Anthology! Our own student, Shelby Crowley, designed the cover! The students were honored with a breakfast on May 23, 2018. Great job students! 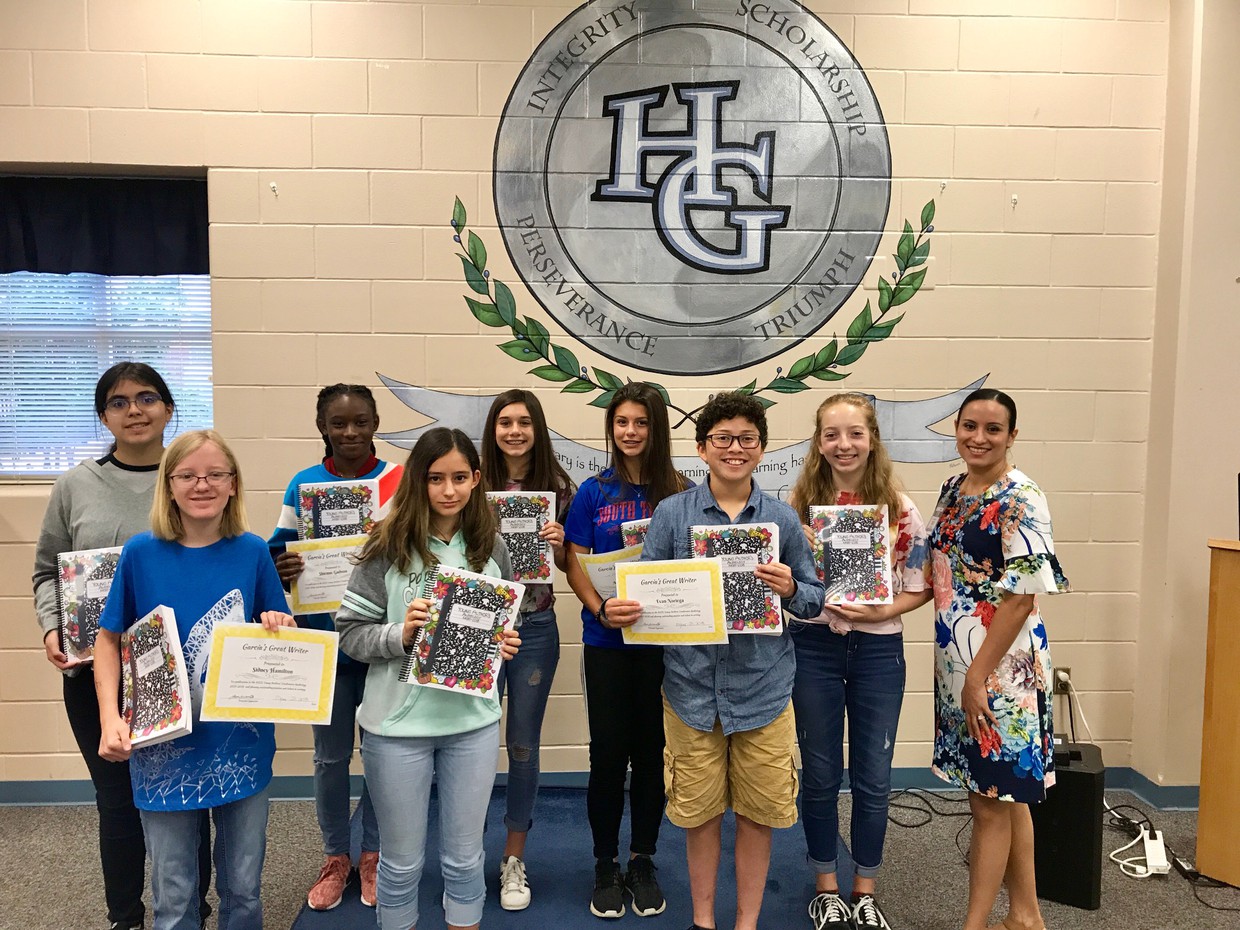 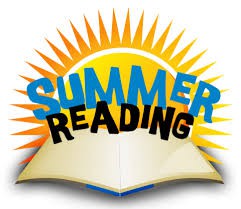 Here is all the information you need for summer reading in Social Studies and ELA: 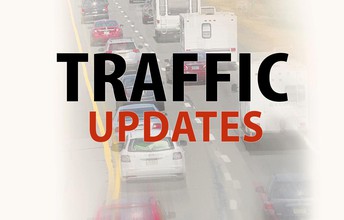 *Stay parked in a parking spot until your child safely enters the car. It is dangerous and clogs the parking lot if you are waiting in the alleys for your child. Please do not drop your child off in the parking lot without parking either. This creates a safety hazard for those students exiting the car and walking to the crosswalk.

*Do not block the entrance to the school or Kyle Seale Parkway.

*Refrain from picking up your child in the Grandview subdivision on Tall Heights, parking in homeowner's driveways, or parking in the clubhouse parking lot. This causes congestion and traffic issues for the residents.

parents may look up their child's scores on or after June 13th using the Student Portal of the Texas Assessment Management System at www.texasassessment.com.

Select the For Families link and log in to the Student Portal using your child’s Date of Birth and Unique Student Access Code located on the Northside end-of-year report card. If you do not have your child’s access code, select Look Up Unique Access Code on the website for directions on how to obtain it.

Congratulations to our band, orchestra, and choir students that were invited to perform at The Tobin center on May 22, 2018! 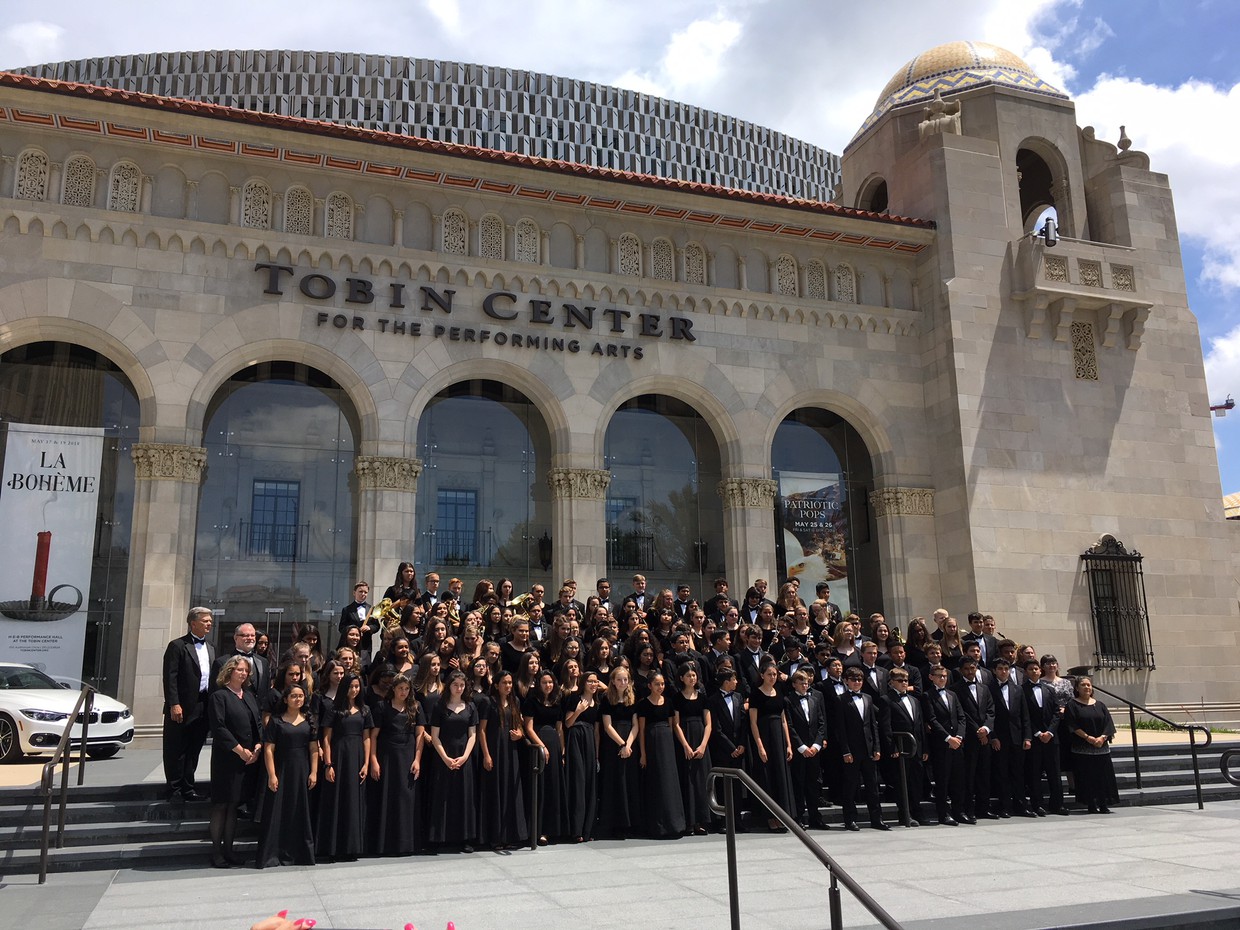 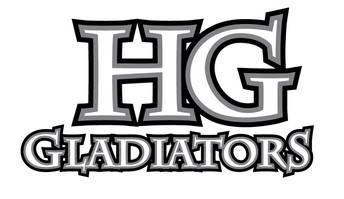