lillian is using Smore newsletters to spread the word online.

Get email updates from lillian:

Dr. Armstrong, Emily Brent, William Blore, Vera Claythorne, Philip Lombard, John Macarthur, Anthony Marston, Thomas and Ethel Rogers, and Lawrence Wargrave are all invited to an island by a mysterious host. They arrive to find ten soldier figures on the table and poems hanging above all of there beds. The poem is about 10 little solier boys dying off one by one. After their first dinner they are confronted by an unknown voice about murders they were all responsible for.

After the voice is heard, Anthony is killed by poison. A china figure goes missing after the death. They all start to die and as they do, china figures continue to dissapear. Vera finally realizes that the deaths are going according to the poems over all their beds. They are all terrified by who will die next, and who the killer is. Vera and Lombard are the last on the island, Vera kills Lombard because she thinks he will kill her.

Vera later hangs herself. Later detectives find all the bodies on the island and investigate the murders. They suspect some are suicide but some are no doubt murders. Later we come to find a letter that the murderer left, it told everything. They killer had a very illaberate plan and it worked out perfectly. He faked his own death then later made a pully system to kill himself but make it look like murder. The murderer was Wargrave. 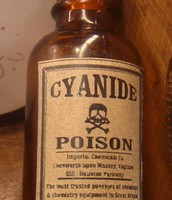 This is a poison that can kill someone/something very quickly. But death may depend on how much is exposed to the human or animal. You can find cyanide in many different forms. You can buy this poison @cyanideismyguide.com 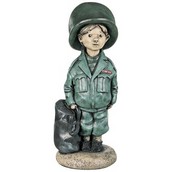 If you loved the book " And Then There Were None " Your going to want to get one of these. These are replicas of the soldier boy statues that were used to symblies the character in the books death. These statues are available for purcase on @amazon.com 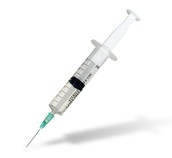 Syringes are used for many purposes. Many people get a vacination for a virus that is going around from syringes. They are commonly used by Doctors and Nurses for preventing illness. They inject a fluid into whatever you choose. You can buy a syringe @trustmeimaDr.com and @syringemaster.org

My oppinion of the book " And Then There Were None.

I liked this book a lot. It was very surpising when we found out that Wargrave was the killer. It was really suspenceful and it keeps you on your toes. I thought it was a little confusing in the very begining of the book but then I started to understand it and I really started to like it. It was really detailed and that made the book even better. I think if I would fix anything about the book, it would be to have it so Vera didn't want to hang herself. It would have been a little more exciting if she knew that's what was supose to happen so she didn't but then Wargrave came and hung her himself. I liked how creative the deaths were and how detailed they were also. The bee in the room during Emilys death was perfect the way they did it. I liked this book a lot and I would recomend it to a friend or family member.

lillian is using Smore newsletters to spread the word online.