Luc is using Smore newsletters to spread the word online.

Get email updates from Luc:

Come to the Steriod Marathon!

Hosted by the Adrenal Cortex Inc

Come to the Steriod Marathon!

Hosted by the Adrenal Cortex Inc

A marathon: you'll sweat, you'll be in pain, you're building muscle... What do all these things have in common? They're associated with the adrenal cortex!

Why: learn how your adrenal cortex helps you run a marathon!
Get Directions 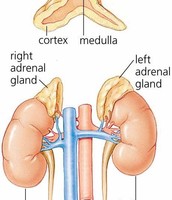 There are three major groups of steroid hormones produced by the adrenal cortex.

Mineralocorticoids are produced by he outermost adrenal cortex cell layer. They are important in regulating the mineral and salt content of the blood. Subsequently , they regulate both water and electrolyte balance in body fluids.

Luc is using Smore newsletters to spread the word online.

Follow Luc Dumas
Contact Luc Dumas
Embed code is for website/blog and not email. To embed your newsletter in a Mass Notification System, click HERE to see how or reach out to support@smore.com
close