Alexzander is using Smore newsletters to spread the word online.

Get email updates from Alexzander:

Into His Life by Alexzander Chavez

Into His Life by Alexzander Chavez 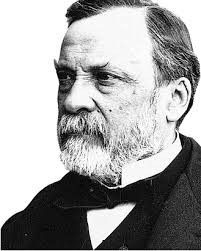 French chemist and microbiologist Louis Pasteur was born on December 27, 1822. He grew up in the town of Arbois and his father, Jean-Joseph Pasteur, was a tanner and a sergeant major decorated with the Legion of Honour during the Napoleonic Wars. An average student, Pasteur was skilled at drawing and painting. He earned his Bachelor of Arts degree, Bachelor of Science degree ,a doctorate at the École Normale in Paris. Pasteur then spent several years researching and teaching at Dijon Lycée. In 1848, he became a professor of chemistry at the University of Strasbourg, where he met Marie Laurent, the daughter of the university's rector. They wed on May 29, 1849, and had five children, though only two survived childhood.

Pasteur experienced many hardships throughout his life. Including the death of three of his five children to childhood diseases including polio. But these hardships only served to strengthen his faith and his determination to find cures. Overworked and grief-stricken, Pasteur suffered a cerebral hemorrhage (a bleeding caused by a broken blood vessel in the brain) in 1868. Part of his left arm and leg were permanently paralyzed. Even after that he still push on with his experiments.

Today, Pasteur is often regarded as the Father of Germ Theory and Bacteriology (the study of bacteria), together with Robert Koch. Indeed, Pasteur showed that the growth of bacteria in nutrient broths is not due to spontaneous generation, but rather to Bio-genesis (literally life from life). He further showed that fermentation is caused by the growth of micro-organisms. Finally, he showed that pasteurization (heating of liquids) sterilizes liquids and allows for long-term storage. The process was actually called 'pasteurization' as a way to honor Pasteur.

In 1865, Pasteur began to study the silkworm diseases that were crippling the silk industry in France. He discovered the infectious agents and revealed the manner in which these agents are transmitted--by contagion and hereditary principle -- and how to prevent them. Elaborating on his study of fermentation, he could now confirm that each disease is caused by a specific microbe and that these microbes are foreign elements. With this knowledge, Pasteur was able to establish the basic rules of sterilization or asepsis. Preventing contagion and infection, his method of sterilization revolutionized surgery and obstetrics.

Louis Pasteur discovered the method for the attenuation of virulent microorganisms that is the basis of vaccination. He developed vaccines against chicken cholera, anthrax and swine erysipelas. After mastering his method of vaccination, he applied this concept to rabies. On July 6, 1885, Pasteur tested his pioneering rabies treatment on man for the first time: the young Joseph Meister was saved. 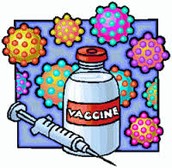 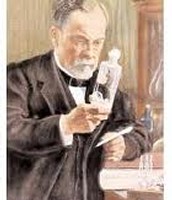 Alexzander is using Smore newsletters to spread the word online.