Get email updates from Ashleigh:

An Analysis of the First Chapter of Slaughterhouse Five

An Analysis of the First Chapter of Slaughterhouse Five 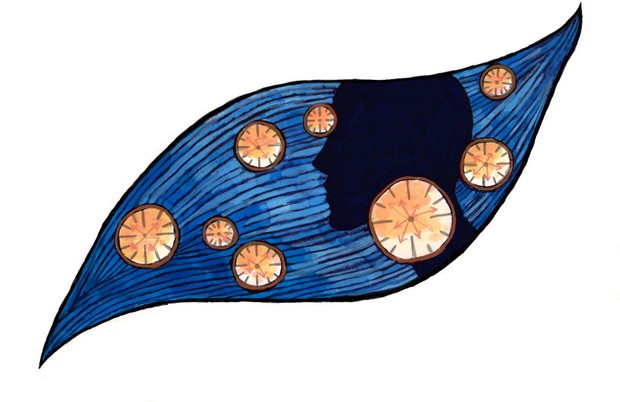 Let's Take It From the Top.

The first chapter of Kurt Vonnegut’s Slaughterhouse Five consists of immense foreshadowing. Rather than just jumping into the narration, the first chapter stands alone by being written in a present tense, while the following work of fiction is written in a past tense, giving off the sense of relaying a memory. The audience and setting feature post Second World War America and Americans. Vonnegut uses a dry, ironically witty tone which immediately showcases his personal character, and remains present throughout the book. His use of humor to regard such a somber subject as the Dresden Firebombing is a telltale sign of post modernism. This post-modern piece was greatly inspired by World War II, as was most other literature of the time. The general goal of all the artists at this time was to take the chaos and brutality of the many horrors they had witnessed which were stored up inside their minds and liberate them. However, Vonnegut’s individual goal is to personify the loss of innocence that accompanies a war, along with growing up; he challenges our perspective of death and our perspective of life; he outlines the beauty of destruction and the chaos of order; he encourages us to explore, without understanding, how easy it is to get lost in the flux and flow of something so non-subjective and inexplicable as time.

Vonnegut orchestrates a very cold and allusive tone in his novel, illustrated by his intricate use of short sentences which gives forth a very distinct choppy attitude to the text. He employs hypotaxis throughout his text to unfold a specific event in explicit detail. Contrastingly he uses parataxis to demonstrate a type of relentlessness and emphatic vibe to accompany another scenario. His variations of these methods contribute to create a very vivid image in the reader's mind and work to pull the reader into the scene. These tactics create a varying and particular pace which I believe was intentional by Vonnegut, to add to the illusion of time and what he is trying to illustrate with time. By using these tactics to manipulate the pace and thickness of certain parts of the novel, the audience gets a taste of the relativity of time.

Hey, let's get to the point!

I feel as though Vonnegut’s main message for this novel concerns the human’s irrational fear, and blissful, yet ignorant, avoidance of death. Vonnegut heavily stresses the persistent presence of death, yet regards it in such a dismissive manner that his message is impossible to ignore. With his rhetorical strategy of following up every mention of death and massacre with impartial phrases such as “and so on” and “so it goes”, he metaphorically shakes off the matter with a swat of his hand and communicates his personal tone to the subject, which stands as what he wishes to convey to his audience. Vonnegut’s main goal throughout the novel is to criticize humans’ senseless fear of death, and unwillingness to accept it, and to challenge exactly that.

Is this Déjà Vu?

Vonnegut’s obsession with death is heavily apparent in his first chapter. Equally present is his blasé attitude towards the subject which is immediate and obvious to the reader, and effectively sets the tone for the novel. This method also assists his message and argument by standing as an example to how we as humans should regard the inescapable omen of death (ie with an immune attitude of our own). His first most frequently used motif is “so it goes” and his repetitive use of “and so on”. He employs these phrases immediately following any topic of death or any somber subject. This adds a very detached tone to the topic of death, illustrating his point of embracing, yet simultaneously dismissing death. The second motif that he introduces to his audience is the concept of loss of innocence. Vonnegut dedicates a large portion of his first chapter text to exemplifying the tragic patterns of war, and the brutal cycle of glorifying the subject, and the harsh outcomes of doing such, and the many moral conflicts of building up such a war story, and the excessive profoundness and sensitivity regarding the act of relaying such a topic, and overall the personal struggle to put into words the horrifying concept of war and massacres. And so on.

Follow Ashleigh Brown
Contact Ashleigh Brown
Embed code is for website/blog and not email. To embed your newsletter in a Mass Notification System, click HERE to see how or reach out to support@smore.com
close