Kanvar is using Smore newsletters to spread the word online.

Get email updates from Kanvar:

Sweden, it is the Happiest country in the world or should I say the people that live there are, either way it is the best place to live for someone like you. People actually enjoy living there. Some factors to this are because of things like the economy,climate,waste,Sustainability, Land Uses,Life Expectancy, and the quality of life.

This flag is the representation of Sweden, the happiest country in the world

Life of transportation is easy in Sweden, considering the fact that the bus routes go through Sweden all the way so even people that live in sub urban communities don't find cars as a necessity. And so, people save money with gas cars and produce less pollution with is obviously a reason for happiness.

Sweden's climate is influenced by the Gulf stream, it is mostly mild, never too hot although the country is mostly icebound. In winter the temperature can drop to -30degreesC or lower. But they do have the summer advantage with the mild temperature. Though the best thing is that there is continuos daylight throughout summer days, so the longer the daylight lasts the longer the day feels, and this allows people to do more than what can be done on a normal day, you can play tons of more sports, bathe in the sun,and enjoy the great outdoors,in fact the sun does not completely set until 10pm. Which is one great factor for happiness. 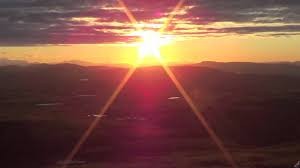 Sweden is a mixed Economy, and the whole country's GDP is 558.9 billion USD. So, this means that in Sweden the government tries to end poverty by taking control of all the major resources,and major industries r bound by the government but that remaining are privately owned and all the main decisions r made by the government but others are made purely off of private ownership. So the majority of the people in Sweden are living 1st world lives. Sweden's benefits are the best in the world, they include five weeks of paid vacations, 480 parental leave for each child and for most days they even get 80% of their salaries. Money is a big part of happiness and the more money people have, the more they can enhance the experience they get in a life time. Shut up, Tanuveer.

In Sweden little waste from each household is actually on its way to a rubbish dump. In fact,only 1% is, and the other 99% of waste is recycled in day or another, this means that Sweden barely has any land fills which means that there r better living locations and that they r not producing garbage, and that makes a mass effect on how environmental people feel.

Sweden is one of the most sustainable countries in the world, again 99% of their waste is gone to recycling/is recycled and 40% of swedes buy eco labeled items. Also, sweden has a second hand clothing market which makes it the most sustainable country or atleast one of them in the world. That sort of reputation grants swedes happiness and they are contributing a lot of green acts to the world, another reason for happiness.

Sweden is ultimately environmentally intact, 53% of its land use is forest land. 5.8% of Sweden's land use is arable land. And a whole 8% for farmland uses. Sweden consists of 39,960km2 of water area. Sweden produces a lot fresh oxygen to this world which i making not only them but the world happy.

First, the health care In Sweden is free, and everyone has equal access to health care. Sweden has more than 61 hospitals and out of total of 93 other countries Sweden's health care ranks in 23. Health care can save lives and they are precious and can be shared. And people save money too.
What's the Happiest Country?

Kanvar is using Smore newsletters to spread the word online.

Follow Kanvar Rana
Contact Kanvar Rana
Embed code is for website/blog and not email. To embed your newsletter in a Mass Notification System, click HERE to see how or reach out to support@smore.com
close