lisa is using Smore newsletters to spread the word online.

Get email updates from lisa:

Nigeria is as big as California, Nevada, and Utah combined. The most source in Nigeria is oil. Nigeria has a flat plateau and with dry grassland. In Nigeria with a whole bunch of tropical forest trees the sun never reaches the ground because they are so thick. There is a red cloud in Nigeria that covers the sun. The climate in north of Nigeria is dry but rain from April to October and in the south of Nigeria is hot and humid. 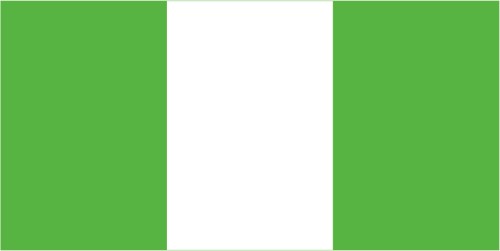 THIS IS THE NIGERIANS FLAG

The people in in north of Nigeria they are 50% Muslims.At the south of Nigeria they are 40% of Christians. All the rest of them are native belifes and that is 10% of them in Nigeria. Muslims belive in Qur'ans they think it is a god. Some think that the Muslims don't have a god and there is no such thing as a god. People give food to poor people and their money because they think that is what they belive to do for their god.

THIS IS A MUSLIM WHO LIVE IN THE NORTH OF NIGERIA

What i will like to know about this country

I will like to know why are they so famous for their fabric what so attractive about it. Why do they wink at their kids to tell them to leave. Why is it so mean to start a conversation without greeting. In America we do it every day it like a out burst to us. Why do they like to eat spicy food and that hot. the last thing I will like to know is that why are these red clouds covering the sun and why is the jungle so thick that the sun never reaches the ground.

lisa is using Smore newsletters to spread the word online.