Terrorism; The Effects of ISIS

Terrorism; The Effects of ISIS

About Terrorism and ISIS

Terrorism is a criminal act that influences an audience beyond the immediate victim. “The strategy of terrorists use is to commit acts of violence that draws the attention of the local populace, the government, and the world to their cause” (Terrorism Research, 1). Terrorist choose targets to symbolize what they oppose and use their attack to gain the media’s attention. The effectiveness of terrorist attacks is not necessarily in the attack itself, but in the way the public and government respond to the act. Terrorists’ ultimate goal is to introduce people to real fear. Terrorism is designed to produce an overreaction and anecdotally, it succeeds at that almost all the time. Terrorists don’t see themselves as someone evil; they believe they are fighting for something they believe in, in a legitimate way. Victims of terrorist acts see the terrorist as a criminal who is unsympathetic towards human life. The general public’s view on terrorists can be swayed either way. Their view is either swayed towards the point of view of terrorists, or those against it. “This sympathetic view of terrorism has become an integral part of their psychological warfare and has been countered vigorously by governments, the media and other organizations” (Terrorism Research, 1).

Terrorism around the world are organized by terrorist groups like ISIS which form through alienation. They effect nations in negative ways, causing fear throughout the world. 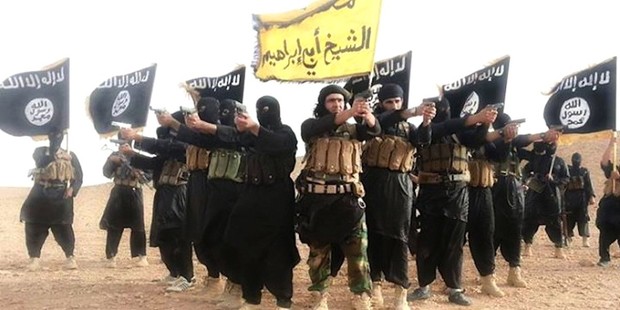 Affecting Canada and the World

Terrorism, specifically ISIS is leaving people, mainly in Iraq and Syria, living in constant fear. This leaves many people forced to live a low quality of life because of the horrible things terrorists are doing. First world countries that have resources are helping these countries fight against ISIS. The way that Canada and the USA fight against terrorist groups like ISIS is by bombing. Although by doing so these countries put a larger target on their back, they are helping to eliminate the problem of other terrorist attacks from occurring. This shows that as a nation, Canada is willing to put ourselves at risk in order to help others. Canada’s values are shown in the decision to do so. The country will do the right thing in order to help others, even by fighting against something so dangerous like terrorism. But some would argue that as a nation, Canada should be helpful in proper ways like by bringing peace within the terrorist groups and eliminating all acts of crime. The main organization in charge of bringing peace to the world is the United Nations who has a global counter-terrorism strategy which is in place.

ISIS Releases David Haines Beheading Video
This video shows no graphic images. Specifically at 5:58 is when the guest says very valid things about how the USA and Canada can help in positive ways that are not harmful towards others. Instead of fighting fire with fire, we must put out that fire with water.

The documentary of “Inside ISIS and the Iraq Caliphate” addressed the issue of people living in fear. People in close proximity to terrorist groups are in great danger. Many people who are living in Iraq and Syria have fled before ISIS took a strong stand in their area, and now are worried for family who haven’t left soon enough. Even though these people are out of harm’s way, they are still concerned for many who are not. Just because of one terrorist group, the people of Iraq and Syria are in danger and living in constant fear. Although many people of the world are not in the area of danger. Many countries are scared that they might be the next target.

The following video shows a survivor of an ISIS massacre who is constantly scared for his and his family's lives.

Unfair and Unjust Exploitation of People

Referencing ISIS specifically, people who are targets of this terrorist group are exploited in unethical ways. An example of this is the beheadings of many people, as well as people being forced to say things about their government being corrupt are all posted to social media sights like YouTube. It is unfair to people who are victims, their horrible death being so public. By posting these videos online ISIS is looking for attention, and the media is giving it to them. People are dying in such a savage way yet not many countries are helping to rid of these inhumane acts. Globally, the public is the main target of terrorism. They do such terrible things like behead innocent people just to strike fear in the public. With the help of the media, this is working. People are living in fear by witnessing unjust exploitation of people.

Marching to their Death

ISIS is not only posting videos on social media of beheadings, but also of kind acts towards children like handing out ice cream. Many believe this is to show everyone how children are being brainwashed at a young age that ISIS is good. They are using western methodology in terms of advertisement to get people to join ISIS. ISIS targets individuals who watch movies and play video games related to war or perhaps those going through an identity crisis. They target those who are most vulnerable.

A survey question was asked to 50 Canadians of all ages whether people agreed or disagreed with the following statement: Children are an easy target for terrorist groups. The results are as follows. 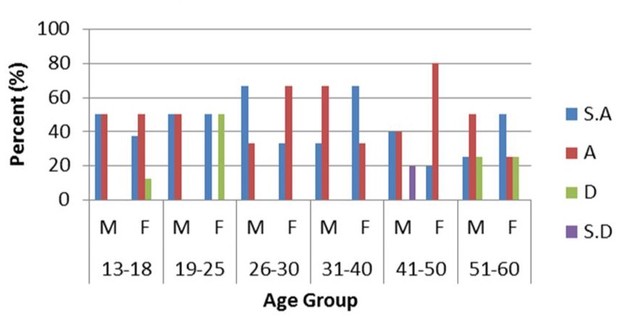 The majority of all age groups agree that children are an easy target for terrorist groups. This means that majority of people think children are an easy target to be brainwashed by terrorist groups, which is proven by many sources. Many children are tricked into join these groups and are forced to do terrible things which they now think is right because of hegemony. Antonio Gramsci’s theory of hegemony is very present in the issue of children being pulled into terrorist groups like ISIS. Since children do not have full morally developed minds, they do not know what is right or wrong. This gives people in power of certain things like terrorists in terrorism groups to persuade children into thinking these terrorist’s values are right, making them these children’s norms. 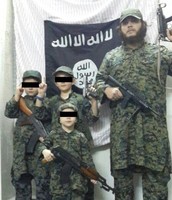 Ethics is dependent on moral principles that govern a person’s or group’s behavior. Through the acts of terrorism, it is seen as an act that is not ethical. But is it ethical for western countries like Canada and the USA to fight back? The two following graph analysis are about the ethics concerning how Canada specifically, fights against terrorism and how people view this.

A survey question was asked to 50 Canadians of all ages asking the following question: Do you think it’s ethical to fight against child soldiers involved in terrorism? The results are as follows.

The results from question one show that most young adults find that is not ethical to fight against child soldiers, adults are neutral about it, and most middle aged adults feel that is it not ethical. This question ties in with human rights as well as Lawrence Kohlberg’s theory of moral development. The process of internalization which is when an individual’s behaviour changes from being controlled externally to controlled internally by the personal standards and beliefs has happened to all the people who participated in this survey. They have all developed morally to determine what is ethical or not and the majority of people decided that it is not ethical to fight against child soldiers. These results can also be looked at in terms of gender. Carol Gilligan said that women tend to go through a different moral development than males. Women are more caring towards others, which is why more women than men said that it is not ethical to fight against child soldiers.

Another question on the survey was as follows: Canada fights against terrorism by bombing. Is this ethical? The results to this question are as follows.

The results show that young adults find bombing is not ethical, while adults find that it is and middle aged adults are neutral about it. This is interesting when compared to question one. The opinion of young adults has not changed. The opinion of adults was neutral before, but now since the question of being ethical or not doesn't have to do with children, they find just bombing ethical. Middle aged adults on the other hand found it wasn't ethical to fight against child soldiers but since the question is just bombing to fight, their opinion has changed to neutral. These results show that when people are morally developed they will have more sympathy for anything to do with children. This is why when looking at the results in terms of numbers, more people find it ethical to bomb rather than fight against child soldiers.

The cause of terrorist groups from starting is most likely from the alienation and social isolation of these people. Karl Marx came up with the theory of alienation. Since most of the world lives in a capitalist society, alienation happens to a vast majority. Terrorists are being alienated from their humanity causing them to act out which promotes terrorism. Melvin Seeman theorized that normlessness is an element in social isolation that almost always leads to social withdrawal. This social withdrawal is what strikes these terrorism attacks for attention. These terrorists feel so isolated that the only thing they know to do is act out for attention.

The link below is to the United Nation's website on ways you can learn more about terrorism and how to prevent further re occurrences of it.