What am I going to talk about?

Today i am going to tell you about slavery during the american civil war, such as how people treated them and what they were restricted from doing. 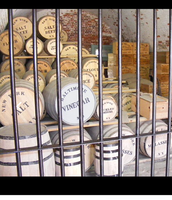 Food for slaves during American civil war was very limited so they were motivated to work harder to get more food.

Slaves were given harsh punishment when the slaves didn't do what the slave owners asked. They would get punished just by trying to read or write.

Children were also slaves, they had to go through all the harsh punishments and work like everyone else.

What were slaves restricted from doing?

Slaves were restricted from doing a lot of activities such as read or just learn. Most slave owners would punish slaves if they caught them reading or even praying. And if a white man was trying to educate a slave then he would be liable to prosecution entailing a fifty dollar fine and jail sequence.

How did people treat slaves?

People treated slaves horribly, they would criticize them and abuse them whenever they wanted to. People would would treat them bad just because of the color of their skin. They were just so cruel and evil towards slaves.

Many people in the state opposed slavery and helped slaves from the South escape to the North. Such as Harriet Tubman, William Lloyd Garrison, and Arthur and Lewis Tappen. Slavery was something that was just a horrific experience for slaves and they wanted to be free. But it was not that easy for them, if their slave owners caught them then they would receive extremely horrible punishment. But their was a way for them to escape and it was called the underground railroad it wasn't easy but alot of slaves got free and away from slavery.