The Scary Implications of the Dissappearing Honey Bees

The Scary Implications of the Dissappearing Honey Bees 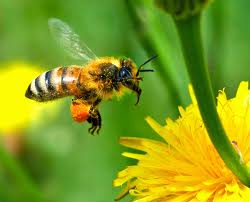 Why are Honeybees Disappearing? A scary Future Without

Kids everywhere may revel in the fact that bees are no longer stinging them as frequently on playgrounds and in backyards, but the decline in honeybee populations in the U.S. and elsewhere signals a major environmental imbalance that could have far-reaching implications for our agricultural food supply.

The Importance of Honeybees

Brought here from Europe in the 1600s, honeybees have become widespread across North America and are bred commercially for their abilities to produce honey and pollinate crops—90 different farm-grown foods, including many fruits and nuts, depend on honeybees. But in recent years honeybee populations across the continent have plummeted by as much as 70 percent, and biologists are still scratching their heads as to why and what to do about the problem which they have termed “colony collapse disorder” (CCD).

Follow Danielle Rowan
Contact Danielle Rowan
Embed code is for website/blog and not email. To embed your newsletter in a Mass Notification System, click HERE to see how or reach out to support@smore.com
close