Get email updates from Alaina:

Daughter of Lord and Lady Capulet

Daughter of Lord and Lady Capulet 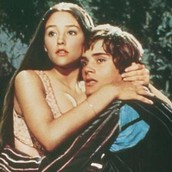 Juliet Capulet is from the play, Romeo and Juliet. The story is about Juliet Capulet and Romeo Montague, the children of two feuding families. Ignoring the feud, Romeo and Juliet fall in love at a party and secretly get married. But when Romeo is banished for killing Tybalt, Juliet's cousin, Juliet's parents arrange for her to marry Count Paris, not knowing of Juliet's love for Romeo. She must make a choice between life or death in this gripping tragedy play written by William Shakespeare. A tragic lesson: A person should avoid conflict when truly in love.

A person should avoid conflict when truly in love

"And with this knife I'll help it presently. God joined my heart and Romeo's, thou our hands; and ere this hand, by thee to Romeo's sealed." (1074, 61-63) Juliet is speaking to Friar Lawerence, telling him that if her parents make her marry Paris, she will kill herself before the wedding because she loves Romeo alone. The text proves that she wants to kill herself, saying that with this knife, she will seal her love for Romeo.

"Take thou vial, being then in bed, and this distilled liquor drink thou off; When presently through all thy veins shall run a cold and drowsy humor; for no pulse shall keep his native progress." (1075 103-107). Friar Lawerence is speaking to Juliet, telling her to drink a special potion that will make it seem like she is dead so she does not have to marry Paris. The proof in the text is when Friar Lawerence says that her pulse will stop.

"What's here? A cup, closed in my true love's hand? Poison, I see, hath been his timeless end." (1097, 174-175) Juliet is speaking to the newly dead body of Romeo. Because of the potion that made her seem dead, Romeo thinks that his beloved Juliet has killed herself, and out of grief, has swallowed poison, and died. Now Juliet has awoken, and she is heartbroken.

"Yea, noise? Then I'll be brief. O happy dagger! This is thy sheath; there rust, and let me die." (1098, 182-183). Juliet is speaking to herself. She has seen Romeo's dagger in his pocket near his dead body, and takes it and stabs herself, killing herself to be with her Romeo.

In conclusion, if Juliet had just run away to Romeo and not taken the potion, both she and Romeo would still be alive and living together. If Juliet had been more careful and perhaps not killed herself, she could be happy elsewhere, but out of true love and grief, she killed herself. And for a bonus, a famous line. "There never was a story of more woe, then this of Juliet, and her Romeo." Ah...love. But as this presentation comes to an end, the lesson here is, A person should avoid conflict when truly in love. 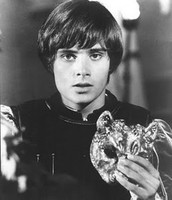