An endangered species is a plant or animal whose numbers are reaching extinction in many or all of its natural ranges. The Endangered Species Act was signed on December, 28th, 1973, and it allowed for the conservation of any species that were considered endangered and under U.S. jurisdiction (ESA). The threats to endangered species are mostly due to human activity, though there are a few natural causes. Natural threats are mostly geological, such as volcanic eruptions or earthquakes, however, many species are not greatly effected by these. The largest natural threat is invasive species. Predators or plants that can thrive in a foreign ecosystem have the potential to devastate many species. Human activity that causes endangered species is much more widespread, however. These disruptions include land development for mining, logging, housing, over-hunting and over-fishing, poaching, or disasters caused by humans. Fortunately, wildlife management systems work feverishly to preserve and restore endangered species' numbers (Friedland, et al, 2012).

The Green Pitcher Plant (Scientific name: Sarracenia oreophila) is a carnivorous plant that grows naturally in seepage bogs that are located in a very small area of the southern Appalachians. It was previously located in the coastal plain and Piedmont of Alabama and Georgia. They are a species of carnivorous plants possessing highly modified leaves that form the shape of a pitcher with a lid. The Green Pitcher Plant is under the Federal Endangered Species Act and the CITES. It was considered endangered on September 21, 1979 (Brittnacher). 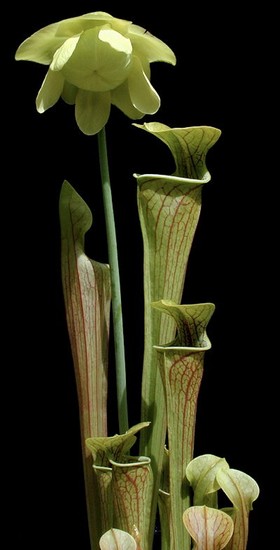 Above, the Green Pitcher Plant with its flower (Brittnacher).

The green pitcher plants face a variety of first level threats, including agriculture, aquaculture, biological resource use, pollution, and natural systems modifications. There are also threats from human disturbances, as well as geological events (Jennings & Rohr, 2011). 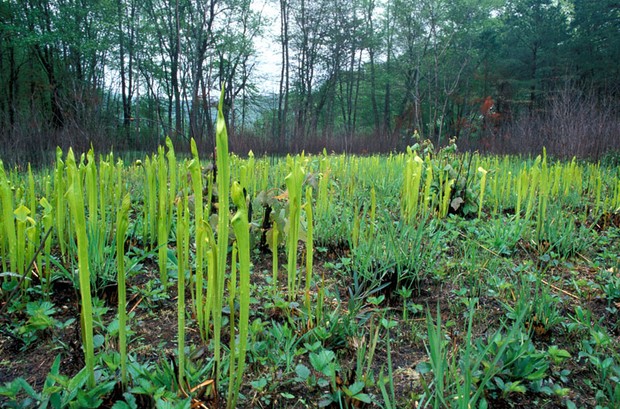 An example of the habitat where the Green Pitcher Plant resides (U.S. Forest Service).

The Green Pitcher Plant Recovery Plan was approved in 1983, with its second revision approved in 1994. It will search for any unknown populations, protect, manage, and then monitor all populations. After that, the biology of their pollination will be studied and a genetic analysis of the plants will be conducted. Then transplant and reestablishment experiments will be watched and the genetic stock preserved. Finally, endeavors to warn and inform the public will be upheld (U.S. Fish and Wildlife Service, 1994).

The Grey Wolf (Scientific name: Canis Lupus) was found throughout North America and Eurasia. They are no longer found in many areas of their previous range. Now, they are found mainly in Canada and Asia, with an increasing population in the U.S. The Grey Wolf is part of the Canidae family, and it largely resembles a grey German Shepherd (Goetz, 1988). The Grey Wolf is commonly used as a symbol of the wilderness, with only three recorded instances of attacks on humans. They are pack hunters and can bring down cattle, deer, Caribou, and Moose (Green & Keene, 1998). 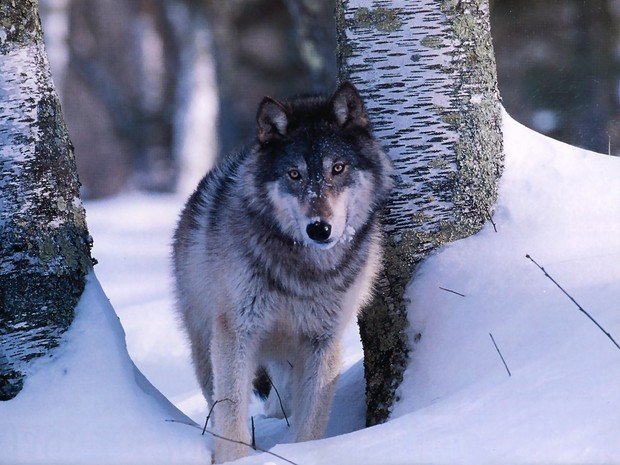 The Grey Wolf was placed under the Endangered Species Act in 1973, the same year of the act's creation. The Grey Wolf populations have increased as a result, with 1,800 in the Rockies and 4,000 in the Great Lake States. Unfortunately, they still face threats. Poaching, habitat loss, and false stereotypes of aggressive behavior towards humans reduce their numbers and hinder efforts to recover the species fully (Sierra Club).

As of September, 30th, 2013, the U.S. Fish and Wildlife Service requested to take the Grey Wolf out of federal protection in the U.S., excluding the Mexican Wolf subspecies. Many biologists are afraid of the creation of aggressive management and hunting policies that could occur. These may prevent the Grey Wolf from ever fully recovering historic range (Gannon, 2013). 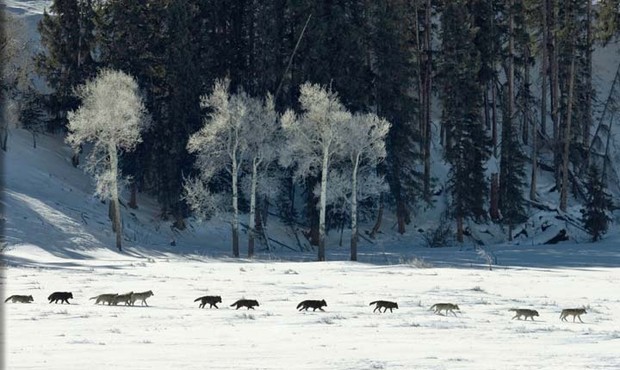 The U.S. Fish and Wildlife Service proposed on June, 13, 2013, to remove the Grey Wolf from the Endangered Species Act, and place a sub-species, the Mexican Wolf under the Act. It is good that the Grey Wolves' numbers have been restored to healthy amounts (Fish and Wildlife Service, 2013). However, without federal protection, the Grey Wolves will be subjected to prejudice from the uneducated public, as well as politicians. A group of Idaho lawmakers are pushing to eradicate the 1,651 Grey Wolves under Idaho management (Wolchover, 2011). They believe that the wolves can spread parasites to humans, kill for fun, and are a threat to people. They do none of these; there are no documented cases of wolves attacking Idahoans, and no biologist has ever contracted a parasite from handling a Grey Wolf. Domestic dogs or bees are more likely to kill a human than the Grey Wolf (Wolchover, 2011).

Gannon, M. (2013). Gray Wolves May Lose Endangered Status, But Not Without a Fight. Retrieved

Follow Jacob Laudeman
Contact Jacob Laudeman
Embed code is for website/blog and not email. To embed your newsletter in a Mass Notification System, click HERE to see how or reach out to support@smore.com
close