Lacey is using Smore newsletters to spread the word online.

Get email updates from Lacey: 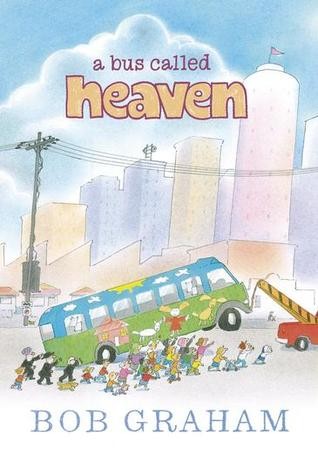 "A Bus Called Heaven" Written and Illustrated by Bob Graham was published in 2011 by Candlewick Press.

Bob Graham the author illustrator of "A Bus Called Heaven," got the inspiration to write the book from an abandoned bus near his grandchildren's school. His previous books have been known for their humorous quality. "A Bus Called Heaven," is different than his previous books. This book depicts a "grown up" theme through kid friendly text and colorful illustrations. Students are engaged watching the abandon bus come to life, while the community comes together. This picture books allows students to reflect on their own neighborhood and in what ways their community interacts.

"A Bus Called Heaven," strongest strength is it's flawless why of including character from different cultures, either religious, ethnic, or socioeconomic interacting substantively. Throughout the entire book the illustrations show people dress in different styles of clothing commonly seen in other cultures, showing their uniqueness and their ability to help improve the bus. Another strength of the book is it allows students to reflect, critically analyze and respond. The title alone allows students to reflect on what their idea of heaven is. Some students may think of it as a part of their religious culture and others may look from a socioeconomic view. The format of the book is also very appealing to young children the illustrations are bright and colorful, but also very detailed especially the way the characters in the look and dress. Students can easily see how the characters are different and the same. The illustrations are also very large and break up the text making it a great book for young students. Their is also an endearing quality when Stella, a young girl wins the bus back to protect the nest of birds that made their home in the engine of the old bus.

1) Introduce the book by showing students the front cover of the book have students discuss where the story takes place, and who and what is in the picture.
2) Read the title "A Bus Called Heaven," ask students, 1) Why do you think the bus is called heaven? Then have them whisper to their shoulder partner why they think the bus is called heaven.
3) Read the poem at the beginning of the book. Point out the first vocabulary word abandoned.
4) Read the first page of the story, point out the sticker that says abandoned in the bus window. Have students discuss how the bus looks of the outside.
5) Read to page three, have students discuss what the inside of the bus looks like. Help the students make connection between the appearance of the bus and the word abandon.
6) Read to page eight point out the abandoned sticker is Stella's hand discuss why the bus is no longer abandon.
7) Read till the end of page ten, then have students observe the illustration of the adults cleaning the bus. Discuss how the characters look, and dress different. Ask students, 2) How do you think theses people live at home? Make sure students notice how all the adults are working together for the common good of the bus/community.
8) Read to the first line of page thirteen, "People came with donations." Point out the word donations. Read to the end of page fourteen and discuss with students what a donation is and the different items characters were donating to the bus.
9) Read page sixteen, have student discuss the illustrations, who is in the pictures, how are they different, the same, what are they doing, 3) how was the bus transformed into heaven?
10) Finish reading the story. Ask the students 4) how our classroom community is the same and different as the community in the story.
11) Display the poster with the white bus on it. Tell this students that this is our abandon bus. Have students brainstorm of what we can draw on the bus to make it look abandon. (Not taking up too much space for the second part of the activity.)
12) Have students come up with a sentence that has the word abandon in it. Ex. The abandon bus had a broken window.
13) Tell students that they are going to change the abandon bus into our bus called heaven. By table groups they will be allowed to draw a picture to make the heaven. They can draw on the bus or pictures around the bus.
14) While the students are waiting their turn to draw on the poster, students will use the worksheet to draw a picture of something from their home they would donate to make the bus heaven. Then the students will write a sentence that say, "I am donating (what ever they choose).
15) After all the students have had the opportunity to draw on the bus, and finished their worksheet Ask the class 4) Why did you donate the item to the our bus?
Closure
Students will review community and working together.

The book, "The Bus Called Heaven," was selected because the community in the story reflects the classroom community. The characters in the book are in a lower socioeconomic level and they all appeared unique in the their physical appearance and they way they dressed. I was easy for the students to identify that the characters were unique but they all worked together to improve their community. I think the greatest strength of my read aloud was how involved the students were in the activity. The students made the most connections to the words while doing the activity. The theme of the book also came alive through the activity. If there is one thing I could change during my book read would be that I do a better job engaging the students while talking about the vocabulary word abandon. The students seemed very engaged in our discussion about donation, but when we talked about abandon they seemed more confused. I should have been more prepared to give examples of abandon and have the students give me examples of things that are abandon. Implementing multicultural children's literature that is culturally and linguistically diverse relative to my elementary students has helped me make related to my students. Through the read aloud I learned more about my students' home life and what their families values. 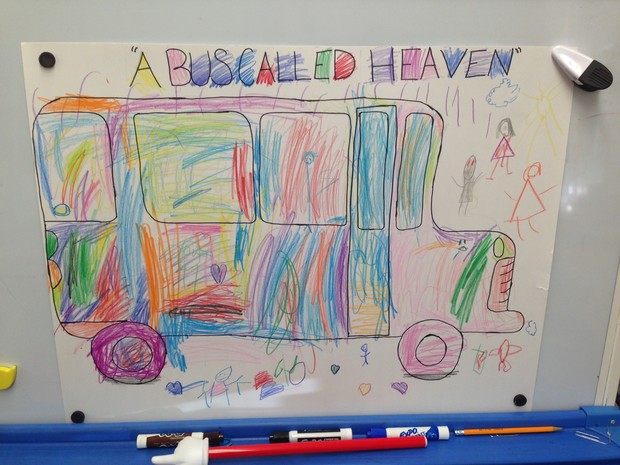 Lacey is using Smore newsletters to spread the word online.