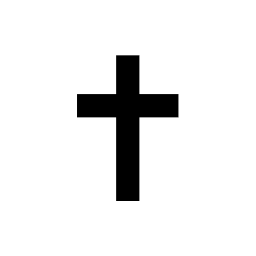 The belief of christianity was found in Jerusalem which is in the middle east. They call there god simply god because they believe there is no particular name to god. This religion is monotheistic. One of there common figures is Abraham. The bible they read from is the Holy Bible. It is based off the old testament and the gospel. The people who were liven in the old testament were before Jesus Christ and when Jesus was alive it was called the gospel. What we live in now is the new testament because they believe that Jesus' sacrifice gave everyone a chance to live in heaven after their life is over. A couple things they believe in is that you should pray to god, and have a sabbath. They also believe in the trinity. The trinity is father, Jesus, and the holy spirit and all of those are supposed to be one God. They also believing in jesus and following his footsteps and then getting baptized says that your christian. The place of worship is a church. In the church they are taught by a priest, pastor, minister, or a preacher. One of there rituals is a passover of bread and wine to remember jesus' last dinner that he had on earth. There are three different types of christianity. There is catholic, protestant, and orthodox. They also have two holidays that they celebrate. They celebrate christmas which is believed to be the birthdate of Jesus Christ and easter which is the celebration of him giving his life so our sins can be forgiven.