Immigration Test will be Tuesday, 12/16 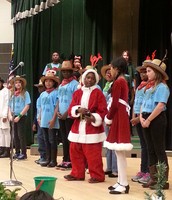 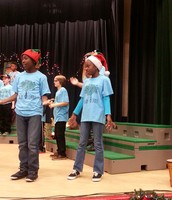 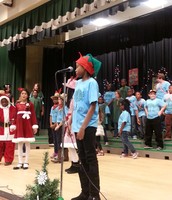 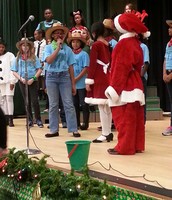 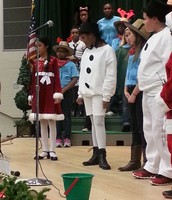 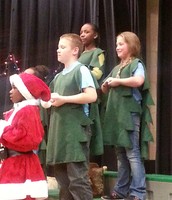 Testing as a Genre Inquiry Continues... 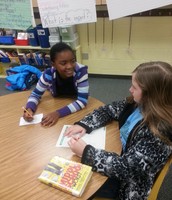 TFK-ish Writing: Trying It Out

So, fans held up signs saying “No Sterling” or a big X on his face. Even players started to strike. “If Sterling doesn’t leave, I’m not playing next year.” said star player Chris Paul. Protest, messages and rumors about Sterling went on and on. Before games, they had ceremonies about Sterling and how he shouldn’t be in the NBA. Talks on ESPN went on and the NBA got a big ring from Sterling.

full of, characterized by, or showing politeness or deference

the formal activities conducted on some solemn or important public or state occasion:

Trouble in the Sea

Sea Turtles need help and they are endangered because,people are littering.When people litter,they can harm sea life.Fishing boat’s put down fish nets the turtles get tangled and possibly hurt their self trying to get out of it.The fish aren’t getting caugt other sea life is.

Fishing boats are putting down fishing nets and turtles are getting tangled.When their struggling to get out of the net they could get hurt

trying to get out.Sometimes, they don’t let them go, and could be fatal.

You can can help by starting a petition in your school.By,stating your problem.people will decide if they agree with you.Then,turn it into the government and then they decide what to do with fishing nets and littering.

endangered: in danger of dying

My brother is pretty cool, but if we are comparing we’re like a dog and a cat, complete opposites but have some similarities. Sometimes we just wonder how are we even related. I’ll try to break it down

My brother and I are exact opposites a big difference and barely have anything in common. Sometimes we even debate about our differences. Some examples are I like red , he likes blue. I like pepperoni pizza, apparently he likes cheese pizza. I like school, him not so much. He likes watching Espn and MTV, on the other hand I like watching disney channel, teen nick, and cartoon network. I like Riley (my hamster) in contrast he likes Sherman (our old turtle). We have a lot of differences.

Are We The Same?

As you can see my brother and I have a lot of differences. Now I can share our main similarities. Both of us are athletic. We enjoy playing sports. Apparently, we both like fighting and arguing. Something we really enjoy is coming up with weird nicknames for each other. Our most important thing we enjoy is going on vacations and hanging out with together. I guess my brother and I do have a lot of things in common, more than I thought.

When you play football you can get a concussion/brain damage, the way to fix that is by adding upgraded padding in football helmets.Because of most players want to be known for the hardest hits,so when your impact from helmet to helmet is very likely to cause a concussion.

Im saying this because the amount of pressure due to a helmet hitting a helmet can be as severe, as paralyzing and can even cause death. So, a way we could fix that is by donating money to local sports academies or even football teams in your area.

paralyzing:(verb),to be shocked in parts of your body.

Have you ever been to China? The best time in my life was when I was in Dalian, China in the summer of 2014. My mom and I went there to visit my grandparents there but, the most important thing was being able to look upon the beautiful city and the vast seas that lay outside the window of my grandparent’s apartment.

If you ever visited the beach, you could see the tides carrying salty water from the sea that covered the glistening sand underneath. When the tide goes out, I could see the tiny holes where the clams are carefully hidden. The ripples in the water shows the tiny fish that were trapped in the small tide pools. Near the end of the day, the sun’s last rays dance joyfully and freely across the rippling water.

The sound of sparrows chirping and cicadas singing starts the early morning in the city. Music breaks the morning silence as the elders in the community come out to exercise in the fresh air. When their fun is over, the sound of horns honking replaces the sound of elders talking after the fun. People fill up the sidewalks by the road. They scurry across the road to get to their destination. Soon, the aroma of food fill the air as restaurants serve hungry citizens. At the end of the day, the line dancing would begin for the elders to do a second exercise. Bicycles, skateboards, and roller skates whizzes past. At 10 PM, the fun ends. Although night has fallen, lights from the city still brightens up the city of Dalian.

Leaving Dalian could be heart breaking. When you leave, you would miss the friends you made there, the delicious food that you have tasted, and many more. When your plane is in the air, you would look one last time at the city of Dalian before you fly over the green, rugged mountains of the United States of America.