Get email updates from Ashlee: 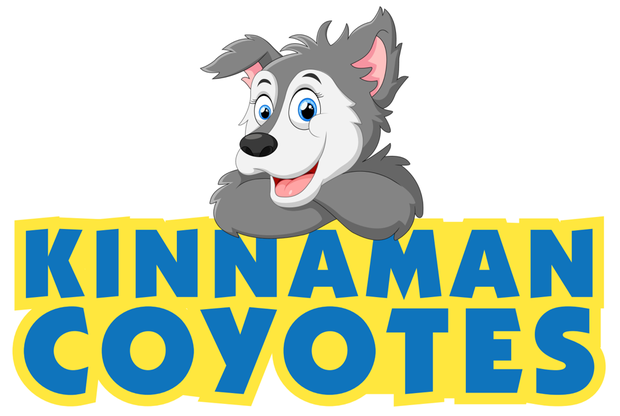 This month our staff is working diligently on increasing the amount Kinnaman students are reading and writing both in and out of school. We know these guiding principles will help our children achieve at Kinnaman and beyond:

We need your help cultivating a love for reading and stories in our students. Reading to and with your children as often as possible, listening to audiobooks while commuting and on walks, going to the library together, and talking about stories as a family can spark a love of reading. Check out these 7 Tips for Raising a Reader.

Speaking of the library... The Washington County Library made library cards for every Beaverton student who didn't already have a card. Students will be allowed to check out up to 5 books using the card and their student I.D. number. 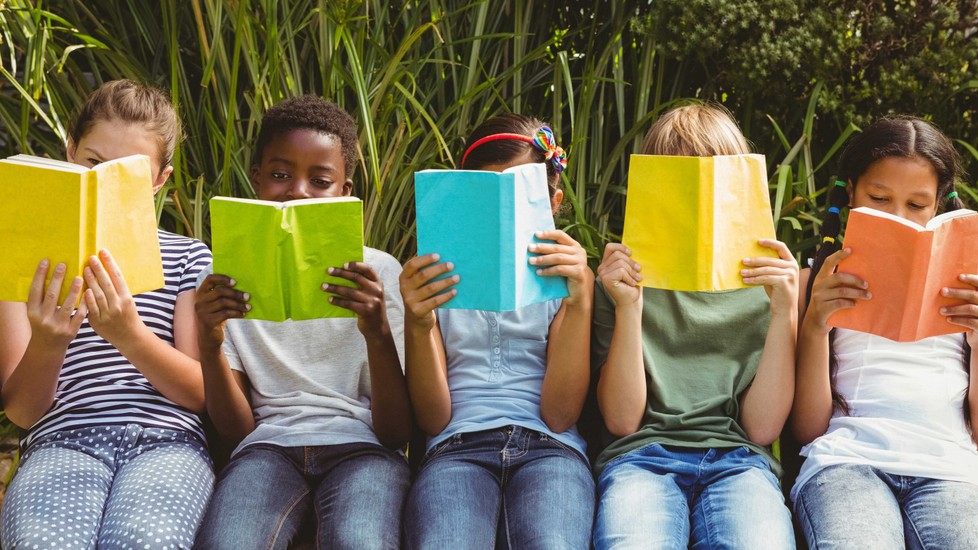 We need volunteers to read with our kindergarten students one on one daily from 2:25-2:55 p.m. We currently have 24 students that need 500 books read to them. If you are interested in volunteering to read with our students, please contact Anne Pergiel by emailing her at anne_pergiel@beaverton.k12.or.us.

What Kinnaman Kids Are Working On

It is hard to believe that December is already here. We are starting something new this year in first grade. We are really excited about sending home a journal with all our students. Each class has been given notebooks and a few writing supplies for their students. It is to encourage our students to be lifelong writers! Your child’s teacher will go over their expectations for the journals in class and then inform their parents. More information will be coming before the winter break from your child’s teacher- HAPPY JOURNALING!!!

We are wrapping up our unit studying the Wampanoag people and their history and culture. A big thank you to Mrs. Wilmes for sharing stories and learning with us! In reading and writing we have turned our focus to non-fiction and becoming experts. We are finding that 2nd graders know a lot about a variety of topics and are inspiring others to research!

In writing, we are beginning persuasive writing. In math, we are continuing with our early multiplication unit, and including early division strategies. It’s important that students have math habits during math-talk and math workshop that support individuals and the class as a whole. Classrooms are ensuring there are routines and rituals in place for how students communicate with one another and the teacher during lessons. We are finishing mystery reading, and moving into informational reading. Students need to be reading and writing a lot to continue to become successful. Time and pages read are measurements students are paying attention to. By the end of the year, 30-40 min. reading and 40 pages of text (or more) are good numbers to pay attention to. Challenge students to work at home if they know they haven’t met their goals at school. When students are not at school during winter break, support them by having them read and write at home.

4th grade is loving our math unit: Muffles' Measurement Models! Students have been learning about place value and the metric system by solving a series of problems relating to meters, liters and grams. The overall idea for this unit's focus is helping a chocolatier open a Truffles Shop in Ottowa, Canada. Students are problem solving to create a system for customers to line up to buy product, approximating wait times, perfecting batches of recipes and cook times for Truffles. The big excitement for our work is preparing to make our own truffles! Look for the sign-up link from your child's teacher if you are able to contribute to the 4th Grade Truffle Factory: opening soon!

Congratulations to all of the fantastic 5th grade readers who were able to participate in the first 40 Book Challenge benchmark party! The purpose of the 40 Book Challenge is to encourage kids to create good reading habits at home. In order for students to read 40 books by the end of the school year they need to be completing one book at their level each week and turning in a short summary of the book. By 5th grade students should be reading 40-60 pages a day. Although we give lots of time to read in school, this can only be accomplished if students are also reading at home. Since reading is the only grade level wide homework assigned, it is our expectation that students are reading a good fit book at home for 30-45 minutes daily, including weekends and breaks. Please help your child create a routine of daily reading in your home. The next 40 book benchmark party is on January 24th, 2020.

Hello Kinnaman families. I wanted to thank you for helping make the playground core board a success. Students are doing a great job helping their peers make choices at the playground. In December, we are working on learning what clothes are appropriate for the weather. Should I wear a short sleeved shirt when it is raining? Should I bring an umbrella when it is sunny? Those are some good questions to ask your kiddos. Also, it is not always work and no play here in the ISC. Students get to enjoy some sensory time with shaving cream and paint (pictured below). This is something you can do at home. Take a tray and put some shaving cream on it. If you want, add some paint. However, the paint is not necessary for the kids to have fun with. This is a fun and inexpensive way for kids to have fun. Don’t forget to roll up their sleeves. Also, join in on the fun. It is a cool experience for everyone!

We are continuing our Jump Rope unit until break. All grades levels are working on multi-level jump rope tricks. They are learning self-motivation as they are completing individual jump rope books at their own personal speed. We are also doing a short introduction to Long Jump Rope just prior to break. When we come back from break, we will be doing a Basketball unit in the gym and a Nutrition unit in the Fit Lab. 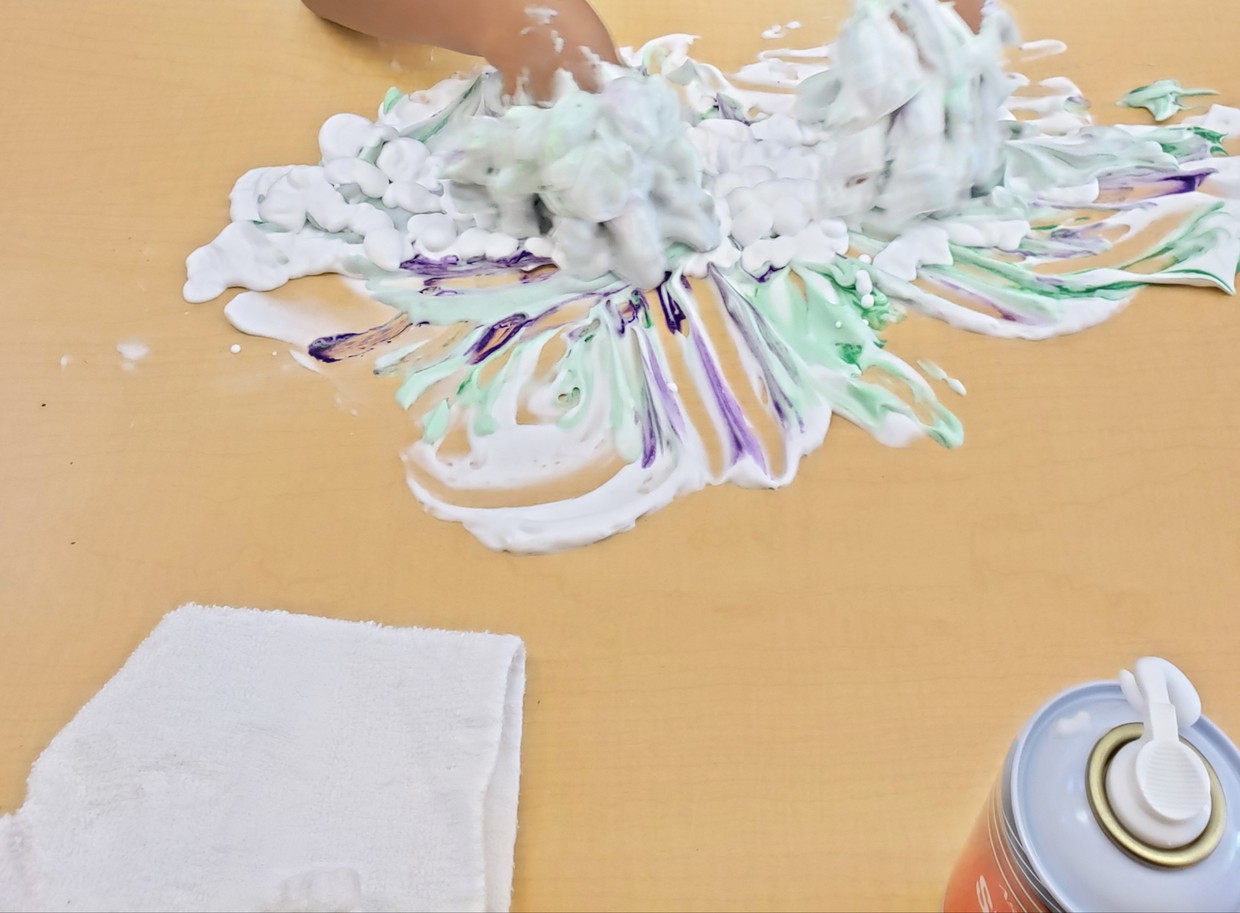 Sensory fun with shaving cream in the ISC 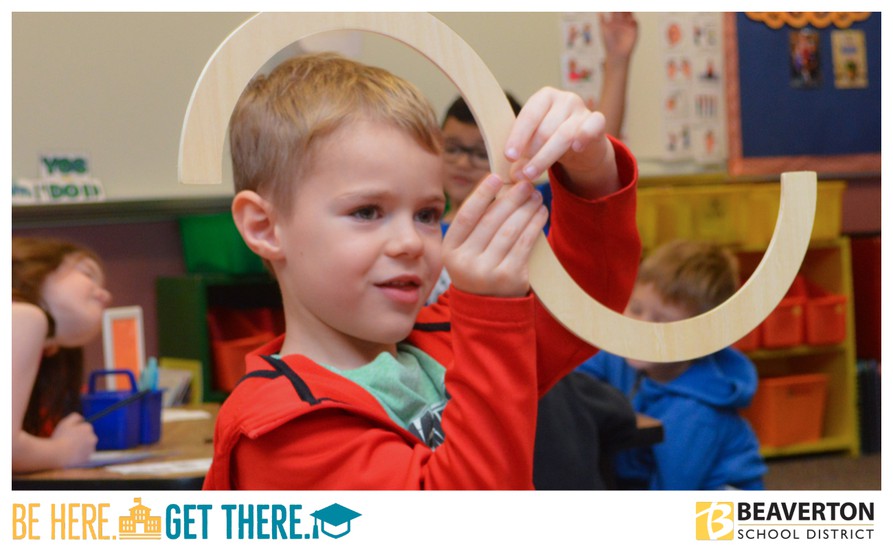 A Message From Your PTO

Our Otis Spunkmeyer cookie dough fundraiser was a great success! Thank you to everyone who ordered and sold items. Mrs. Cook’s class brought in the most money and won a fun popcorn party! Pick up for these items will be on December 10th during the day and in the evening during our December PTO meeting. Please pick up your orders on this date as we do not have the space to store cold items overnight.

Thank you to everyone who joined us at McTeacher Night on November 14th! It was great seeing so many Kinnaman families enjoying dinner together and buying cookies from our teachers and students!

Our next fundraiser is at Papa’s Pizza on December 17th. This is an all-day event so come for lunch or dinner! Look for a flyer coming home closer to the date. (Flyers are required in order for Kinnaman to earn money.)

We will be hosting another community night January 10th. This event will be a Bingo Night and the whole family is invited!

Our next PTO meeting is on December 10th at 6:30pm. Snacks and childcare are always provided. We hope to see you there!

A Day With Yaya by Nicola Campbell

The Name Jar by Yangsook Choi

The Sound of Silence by Katrina Goldsatio

Julian Is A Mermaid by Jessica Love

Alma and How She Got Her Name by Juana Martinez Neil

Too Many Tamales by Gary Soto

Something Beautiful by Sharon Dennis Wyeth

Crown: An Ode To The Fresh Cut by Derrick Barnes

Mama’s Nightingale: A Story of Immigration and Separation by Edwidge Danticat

The Storyteller’s Candle by Lucia Gonzalez

Hansel and Gretel by Rachel Isadora

Under My Hijab by Hena Khan

Beauty and The Beast by H. Chuku Lee and Pat Cummings

Flossie and the Fox by Patricia McKissack and Rachel Isadora

Passage To Freedom: The Sugahara Story by Ken Mochizuki

A Different Pond by Bao Phi

Ruth and the Green Book by Calvin Alexander Ramsey

If The Shoe Fits by Gary Soto

Giving Thanks by Chief Jake Swamp

A Place where Sunflowers Grow by Amy Lee-Tai

The Bracelet by Yoshiko Uchida

Each Kindness by Jacqueline Woodson

The Beaverton School District has held four (4) community meetings with the Middle School Boundary Adjustment (MSBA) advisory committee. Attendance boundaries for all of the middle schools are being considered for adjustment and the advisory committee is seeking community input from residents in the central and southern part of the District.

The City of Beaverton is planning for almost 7,000 new residential dwelling units in the Cooper Mountain area near Mountainside High School over the next 10-15 years. Which middle school(s) should serve these new developments? Do you have reasons why your neighborhood should attend a different middle school? Do you understand that changes to attendance boundaries in the north part of the District will impact other attendance boundaries? Are you concerned about the potential for the size of student enrollment at middle school?

If you are concerned about any of these questions, or if you have other questions about the MSBA project, please visit the District's MSBA web page (link). Read the materials, visit the advisory committee calendar, and/or submit written comment to the committee. Please come to an advisory committee meeting or watch the meeting livestreamed in real time. The district wants and needs to hear from you.

Too Sick For School?

Cold and flu season has already begun, but there are things you can do to keep yourself and your children healthier. Prevention measures include washing your hands frequently, getting lots of rest, drinking plenty of fluids, and avoiding touching your eyes, nose or mouth.

Home is the best place for a child who is ill. Too Sick for School informational guidelines can help you make the decision about when to keep your child home from school. 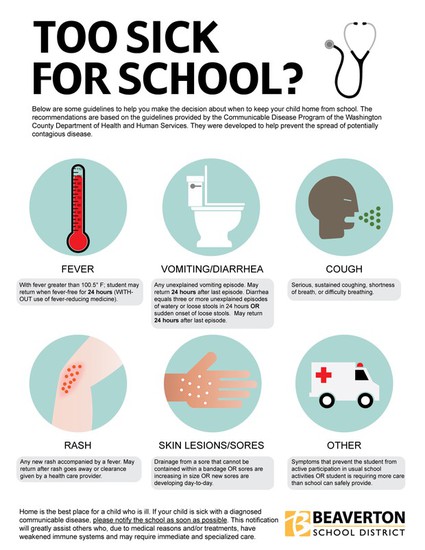 When the weather gets snowy or icy, school schedules may be affected. The District generally posts the announcement of delayed school opening or school closure by 5:15 a.m. All Portland Metro area media outlets announce the information on TV newscasts and online.

The District will notify parents and staff via SchoolMessenger with a Non-School Hours Emergency message. Please manage your communication preferences in SchoolMessenger InfoCenter.

For the latest inclement weather information:

Follow Ashlee Hudson
Contact Ashlee Hudson
Embed code is for website/blog and not email. To embed your newsletter in a Mass Notification System, click HERE to see how or reach out to support@smore.com
close