Join Us for a Day with Sugata Mitra

Join Us for a Day with Sugata Mitra 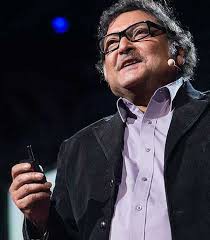 If you’re a teacher in Ohio, you don’t want to miss this. Sugata Mitra has become synonymous with the future of education. In 2013 he won the TEDx prize for his ideas. His videos have been watched by over 10 million people, making him one of the most viewed videos on TED.

His story is as simple as it is beautiful. In early 1999, he and some colleagues snuck a computer into the opening of a wall near his office in Kalkaji, New Delhi. It was a slum, with desperately poor people struggling to survive. The computer was available to anyone who passed by. Users had online access, but no instructions were given.

What happened next astonished Sugata and his team. Children came running out of the nearest slum and glued themselves to the computer. They couldn't get enough. They began to click and explore. They began to learn how to use this strange thing.

When working in groups, children do not need to be "taught" how to use computers. They can teach themselves. Their ability to do so seems to be independent of educational background, literacy level, social or economic status, ethnicity and place of origin, gender, geographic location (i.e., city, town or village, or intelligence).

Sugata Mitra, promoter of the self-organized learning environment (SOLE) concept, challenges teachers to become the ultimate facilitators of learning and to re-imagine our classrooms as spaces for discovery where students are given the tools to take control of the learning environment.

Join us as we welcome Sugata Mitra, Dr. Jeffrey McClellan, and expert practitioners as they share how SOLE and the StartSOLE platform are changing the face of education in Ohio and around the world.

Lunch will be provided and all participants will receive 5.5 contact hours.

This workshop is FREE for all educators from NPESC's client districts.

Registration for non-client districts is $150 per person payable to NPESC.

Space is limited to 300 participants.

**A "No Show" charge of $75 will be billed to educators from NPESC's client districts who do not attend and/or send notice of cancellation of registration to Andrea Smith (asmith@npesc.org) by September 11, 2019. 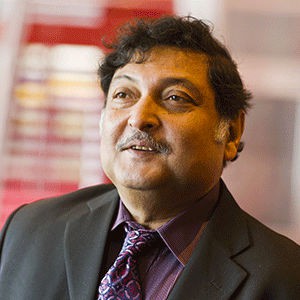 Prof. Sugata Mitra’s current work is on the Internet and children’s learning. He retired in 2019 as Professor and Principal Research Investigator in the School of Education, Communication and Language Sciences at Newcastle University, UK.

His interests include Children’s Education, Remote Presence, Self-organizing systems, Cognitive Systems, Physics and Consciousness. Indian diplomat Vikas Swarup read about Mitra's experiment and was inspired to write his debut novel that went on to become the Oscar winning movie of 2009 - Slumdog Millionaire.

He is a PHD in Physics credited with more that 25 inventions in the area of cognitive science and educational technology. Professor Mitra’s work at NIIT created the first curricula and pedagogy for that organization, followed by years of research on learning styles, learning devices, several of them now patented, multimedia and new methods of learning.

In 2013, he was awarded the first $1 million TED prize, to put his educational ideas together to create seven laboratories called ‘Schools in the Cloud’. Here he studied learning as emergent phenomena in an educational self-organizing system. These results question the ideas of curriculum, examinations and the meaning of ‘knowing’ itself in the Internet world of the 21st century.

Register online by September 4th at:

For more information about StartSOLE visit, 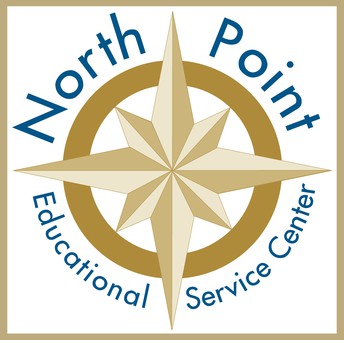