How F. Scott Fitzgerald influences the character of Gatsby

How F. Scott Fitzgerald influences the character of Gatsby 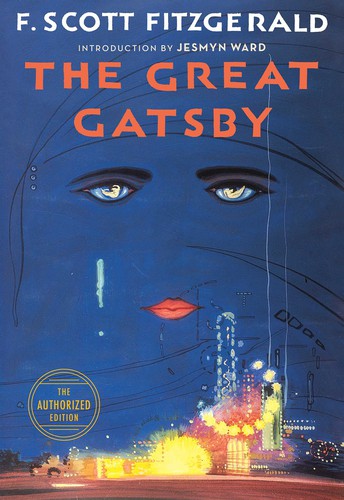 The story of F. Scott Fitzgerald

The life of F. Scott Fitzgerald is one with many ups and downs. The only son of an unsuccessful father and a more energetic mother, F. Scott was a literary genius in his prime with a very romantic imagination. While attending Princeton University, Fitzgerald had found himself becoming quite the figure, especially in literature. Unfortunately, Fitzgerald gained and lost a relationship with Ginevra King and later dropped out of Princeton to join the army. He had also come out of the college with the issue of alcoholism.

It was during his brief time serving in the army when Fitzgerald had met Zelda Sayre, who was the daughter of a Supreme Court Judge. The two had fell in love. However, the war ended in November of 1918, and Fitzgerald had never been deployed. Subsequently, Fitzgerald moved to New York to achieve success, but ended up with a job that paid $35 a week, which ultimately made Sayre break the engagement between the two, fearing that it wouldn't give her a chance to live the lifestyle that she wanted.

Fitzgerald went to St. Louis after feeding his alcoholism following Sayre's departure. It was there when he decided to finish upon a novel he finished in Princeton. The novel, titled, "This Side of Paradise," was a commercial success, and its success had also won back Zelda Sayre, who subsequently married him. This would be the beginning of Fitzgerald's success for which he maintained throughout the 1920s.

James Gatz was born and raised on a farm in North Dakota, to parents of which who were unsuccessful farmers, and their lack of success had kept Gatz from seeing them as suitable role models. He spent most of his time at Lake Superior as a clam digger and salmon fisher. (Ch. 6)

Gatz had previously found himself attending at St. Olaf University. However, his tenure at the school was brief as his tuition was paid through janitorial work which Gatz had grew tired of. Following his departure from St. Olaf, Gatz had found himself returning to Lake Superior when Dan Cody's yacht had appeared. Dan Cody was a millionaire alcoholic who had made transactions involving copper, and Cody had taken young Gatz under his wing. Cody had been partially responsible for Gatsby's success, as seeing Cody firsthand had given Gatsby his motivation of living a lavish lifestyle. (Ch. 6)

Part of Gatsby's wealth is greatly affected by Gatsby's obsession with Daisy Fay, knowing of her status as a person of wealth. Daisy was a girl from Louisville, Kentucky, and her and Gatsby had met each other while Gatsby served as Lieutenant in WWI. Daisy had eventually moved on to marry Tom Buchanan. (Ch. 4) Through a program from his time in the military, Gatsby had spent a brief time at Oxford University, for which he only attended for a few months.

Historicism can very well consider the biography of the author, as well as its time period, and that is what The Great Gatsby largely focuses on. In looking at the biography of F. Scott Fitzgerald, we are able to see how his own experiences in life creates a largely fictionalized version of such events in The Great Gatsby. In fact, Jay Gatsby's own experiences seem to be a largely altered versions of his real life experiences. Consider both the upbringing of F. Scott Fitzgerald and Jay Gatsby, and we can easily see how both the literate and the character have faced similar ideas of their ideas. Fitzgerald's father was seen as a failure in his eyes, versus James Gatz's idea that both of his poor parents had nothing to live up to in his own eyes.

There is also the similarities regarding their education. Fitzgerald had briefly spent some time at Princeton, initially being very prominent in the school but then progressively faltered in the program. Same but very different is Gatsby's own experiences in school, having gone to two universities of which he had both left. Gatsby had attended Oxford for a few months...and even more informatively, Gatsby had attended St. Paul for only two weeks as Gatsby had known that it wasn't something that he had wanted to do.

Their relationships have also mimicked each other. Fitzgerald's success with his first book was his only ticket into winning back Zelda Sayre, who had previously decided to leave him following his job in New York. "This Side of Paradise," his first book, was Fitzgerald's only ticket into winning back the woman who would become his wife. Gatsby, meanwhile, had felt as though that having wealth was the only way that he could have a relationship with Daisy.

We spend most of our lives driving across every corner of North America trying to look for food. If not, we often just spent our time talking in the car, or we would be outside playing basketball.

A life of emptiness is all I had known my entire life. But my brother had once told me that there had been once a time when many people like us could cherish each other. They would have what was called a party, and people would often interact with each other. My brother had been very secretive about any other details. Whenever I ask about if he knew anyone else, like me, he is quick to dismiss it.

The zombie outbreak hit when I was about two years old, and my brother was 14. It was highly infectious, with many people being at risk whenever they had been within a 10 feet of their vicinity, if not bitten. Symptoms would take suddenly take effect in three weeks, leaving people in a zombie-like state before they died a few hours later. Before any scientist could figure out the cause of it all, about 95% of the population had already been dead.

I had always considered my brother to be a resilient person. But one day we had crashed at a very large house in a suburb. The only time when we left the house was to find food.

One day, about 4 months into our stay, my brother was in a terrible mood. He didn't talk all day, and he seemed unfocused and distraught. We had been cooking some dinner when I had witnessed the first zombie that I had lay my eyes on in years. I had sat in amazement for about a minute before I realized what I had been looking at. My brother had seen as well, but had froze up. I ran to basement to go grab the gun, and I killed it. I stared at its dead corpse for about two solid minutes. I then heard some glass breaking before going back downstairs, fearing that one had entered the house and had attacked my brother. I ran downstairs with the gun, but instead of my brother fighting off a zombie, I instead found my brother breaking tears on the couch with broken living room ornaments. I looked over him and he looked back at me with red teary eyes.

We went to sleep later that night, when I heard movements in his room in the middle of the night. I went up to his room, where his tears continued to come from his eyes. He told me to get ready to leave. We left out the back, took our food and clothes, and car jacked an SUV. We drove at night in silence for a half hour before he pulled over to the side of the road.

Without me asking, nor saying a single word, he recounted what he considered the last day of his life. He told me that we were both apart of a family, or group of loved ones like my brother. And this "family" that we had consisted of us, a mother, a father, and a sister who was 6 years old. It was a summer day when the father had to go to a job in order to sustain a good lifestyle for us. The mother had to do the same as well as taking my sister to a daycare. They both left me and my brother at the house.

At this point, my brother is breaking more tears.

The mother told my brother that she would be back home by the end of the day. But nobody came back. As he stayed in the house a month later, he saw a huge crowd of zombies walking on the streets. This continued for hours, and he hid in the house in immense fear. When it was all over, he opened the door, only to see a horrific image of dead zombie corpses. The image would forever be burned in his head. He never opened for a long time after that.

After running out of food, and with the electricity going out, he left the house a year later. Fearing that he would see the corpse again, he peeked out the door, only to find nothing more than some dust on the ground. He then proceeded to break into neighboring houses to find car keys, which he found to an old minivan. He took off with me and never looked back.

I hadn't been tearful. But it was a stunning story, and I had been sympathetic because it felt like my brother had been robbed of his life.

We stood in silence for another half hour. Before we drove off, he tearfully told me that he loved me. Then we continued on our drive to find another house.

The short story created above is all about holding in emotions. The brother has repressed his memories for years, and the idea that his parents are dead is one that he has held in for a long time, hence why he is having multiple episode of him crying.

At the same, dismissing his younger brother's questions of what had happened to everyone he knew gives the brother the belief that he is "protecting" him from his issues.

Seeing a zombie in the flesh for the first time since his parents disappearance gives the brother instant association of how he felt seeing the dead zombie corpse back when he was 14 years old. As the feelings of anxiety and fear and anger take over, he breaks things before sitting on the couch to let out his emotions.

The narrator's description of "moving around" in his brother's bedroom signifies a lack of rest, or possibly the result of a nightmare. Either way, the idea of his parents likely being deceased has finally entered his conscious, and now he cannot take his mind off of it.

docs.google.com
Access Google Docs with a free Google account (for personal use) or Google Workspace account (for business use).
Embed code is for website/blog and not email. To embed your newsletter in a Mass Notification System, click HERE to see how or reach out to support@smore.com
close