The Good, the Bad, and the Ugly

The Good, the Bad, and the Ugly

Similar to Asch's line experiment, we teenage girls are probably the most likely group to feel the need to conform. When I analyze my teammates, I feel the need to dress, talk, and act just as the majority do. I want to fit it, and be accepted on my team. I am willing to giving up tennis shoes I love for ones that are more similar to the shoes everyone is wearing in order to feel a part of the group.

Some of the seniors on our team are very arrogant - they think they have the authority to tell us what to do simply because they are the oldest. Like the prison guards in the Zimbardo experiment, they allowed the authority they possessed to go to their heads. Sure, they didn't torture and beat us, but the attitude they held showed us that they believed they were just a little bit better. 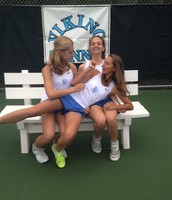 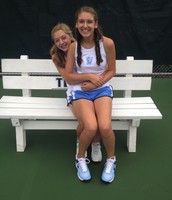 Once, during summer workouts to prepare for the season, we did a drill that involved running with resistance from another teammate. As I was pulling back on my teammate as she ran, I could tell she was exhausted so I gave her some slack. My coach reprimanded me and said, "don't go easy on her! She can do it!" He continued to encourage me to challenge her. Like in Milgram's obedience experiment, the volunteers were tested to see just how far they would go in order to obey the experimenter.
Whenever I play doubles, I have the tendency to mentally accuse my partner of slacking off when she is not able to get the ball. I think to myself, "if only she had moved her feet" or "she should have seen that coming," when really, it was just a great shot that even the best player on the team could not have gotten to. This is known as the fundamental attribution error.

When I play, I often think with a self-serving bias. For example, if I hit a great serve, I think, "I have been working so hard on my serve - it's finally paying off!" However, when I miss the ball, I attribute it to an external factor such as the wind, the sun, or a bad bounce, when truly, I just made an error. 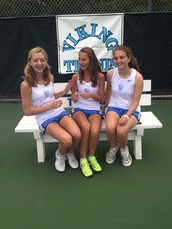 After a big win, our coach will often offer to take us out for dinner - our choice. It seems that seventeen teenage girls would have a heck of a time choosing a place to eat, but because of the theory of groupthink, we are willing to settle for less than the best to appease the rest of the group. If a girl suggests a restaurant, most of us will quickly jump in and say, "definitely!" or "I'm fine with whatever!"

All seventeen of us are pretty down to earth, with the exception of Sarah (but that's another story), but when we get together, group polarization takes control. When we're together, we decide to do some pretty crazy things. For example, we decided to have a sunflower seed spitting contest after a match. But that's only the beginning...