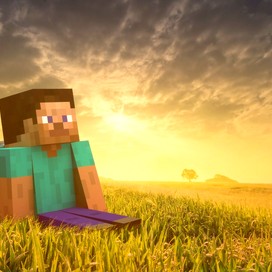 THE is using Smore newsletters to spread the word online.

Get email updates from THE:

There once was a prince named Bellerophon. One day, he found a great horse named Pegasus drinking the nearby spring of water. Swiftly, he went to old man Ployidus to ask how to catch Pegasus. There he went walking steadily towards the temple,and when he arrived he laid there snoring quietly. He knew that gods could tell you answers through dreams. BOOM! Bellerophon woke up in a start of thunder. He looked around and saw a golden bridle. Happily he took it and went on the hunt for Pegasus. When he found the horse he put his muzzle in to the spring carefully bellerophon put the bridle on to the mighty steed. Pegasus obyed his masters command perfectly. Bellerophon paid a vist to a king, the king got very jealous of the prince but intrested in the mighty Pegasus, the king ordered a quest to hunt down the Chimera head of a lion, body of a goat, and a tail of a snake's body. The king was as suprised as he could ever imagined, the prince was still alive! ( At first, Bellerophon was just out of it's reach, arrows after arrows the Chimera was slain.) Bellerophon wanted to go to the heavens so he tried to force Pegasus up but instead he bucked off Bellerophon in to the earth. His weakens was only his pride, being to pride full can lead you to destruction.

King of olympus, god of lightning.

Zeus Is a lot like many public figures of today. In my opinion, he has a lot in common with many political leaders and their traits( Such as Barack Obama, George Washington, Abe Lincon, and ect.). He and them both have good leadership skills, but are quick to anger and wrath. None are really evil, but they take their jobs seriously and can be strict. Some would say that politics is a deadly sport, and so was the justice of Zeus.
Q: Where do you live?

A: I live in Corinth castle.

Q: How did you get Pegasus?

A: I approached him slowly.

A: My dad is Poseidon.

Q: What did Pegasus do when you approached it?

A: It was getting scared until I got on its back.

Q: When did you get bucked off?

A: In the evening.

Connect with THE TEAM

THE is using Smore newsletters to spread the word online.

Follow THE TEAM
Contact THE TEAM
Embed code is for website/blog and not email. To embed your newsletter in a Mass Notification System, click HERE to see how or reach out to support@smore.com
close