I have written this paper to give you another thought of what you thought wrestling was. Wrestling is not just to savages trying to take each other down. Its one of the oldest sports its over 15,000 years. This sport takes lots of training to even be a decent player. So it takes lots of hard work it can also show you how to be respectful, responsible, and to be a human being. Hopefully when your done reading this article I hope I have changed your mind in a good way about wrestling. 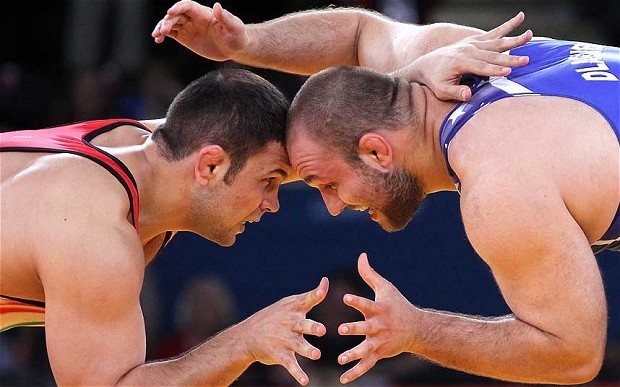 I am going to tell you about the basic rules of wrestling. Starting with what your supposed to do when your on the mat. The mat is square with a really big circle about to touch the edge of the mat and a smaller circle in the center of the mat. Inside the smallest circle is a rectangle. First you go to the check up table and you give the official your name and your opponent will do the same. Then the ref will be waiting for you to go to the center. As you go to the center you have to put on a ankle bracelet one red the other is green the official tells you what color you are. Then you and your opponent have to put the toes of one foot on the short side of the rectangle in the center of the mat. You stand in your stance then the ref blows his whistle and you wrestle. 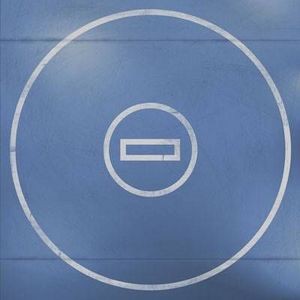 There are three periods in wrestling more if in the end its tied. Every period has its own beginning the first period is the beginning of the whole match and as in basketball it starts with two guys close to each other ready to do something. The first period both people start in a position called neutral this position both people start as I told you in my first paragraph and then they wrestle. The second period the ref pulls a flat octagon with a red side and a green side. He flips it and if it lands on your side you have to look at your coach in the corner and he can make four hand signatures that tells what to do. First is putting both hands up like in football when you score a field goal. Which shows that you want to be at neutral . Second is just putting your hand at a 90 degree angle facing down which means you want to be down. Then theirs one that is exactly like the one that I was talking about except its your hand at a 90 degree angle facing up which means you want to be on top. Last of all their is a signal called refer which is just you making your arms as an X.

If you chose neutral you both go to the middle of the mat standing in the stance that I showed you in the first paragraph. If you chose down then you get on all fours in the middle of the mat. If you chose up then you wait for the other player to get on all fours and then you get on top of him one knee touching his butt the other knee by his knee. Then you put one hand around his waist palm touching his belly button. The other hand you put your palm on his elbow and last of all you raise your head. If you refer then all your doing is giving the choice to the other player.

The way you do points is pretty easy. The way you get two points is to get the guy down and be on top of him while he''s down. You get one point for getting away from your opponent and standing up completely if you were on bottom. You get two points if you can get away from your opponent and get behind him really fast while never standing up. Then theirs penalty points. You can get these by your opponent committing a penalty. Like a full nelson which is a move where you put your hands under there hands then you put both hands on his head. This move will give the other kid one point. Then theirs pick and drop this is when you lift somebody and slam them down. You can lift people up and slam them down but its only a penalty if he comes down before your knees touch the ground. Then theirs locked hands this happens when you and the guy your going against are on the ground then you wrap your hand hands around his waist or stomach. If in a match you earn 15 points higher then your opponent then they will stop the match and automatically give you the win. Finally the most common way to win is by pin. In a pin if you have your opponents both shoulder blades touching the mat for the three second the ref will hit the mat and you win.

The rest I got from my mind.