Immigration in the US

Immigration in the US

Ethnic ghettos are people who lived together due to common culture, language, and heritage, the Americas did not like the fact that immigrants were bringing their own types of cultures into the inner cities.

people of the same background in the same house

Ellis Island was opened by the federal government to handle large numbers of new arrivals. It was the Immagrant gateway to America more than 12 m,illion people would arrive on their way to their new life in a new country. It is 27.5 acres and is located of the southern tip of Manhattan

,Tenements are over crowded appartnmetns. Iimmagrants movied into row houses that had been converted from single-family dwellings into multiple-apartment tenements, or into new tenement housing built specifically for that purpose. A tentment house had 5 to 7 stories and little light or air could enter the buildings. 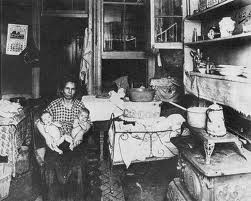 people who worked in sweatshops were paid baised on production, sweatshops violate labor laws, and usually have poor working conditions, and unfair wages. 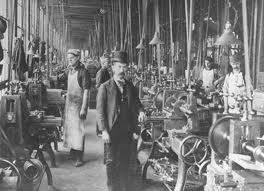 A hull house was a settlement house cofounded by Jane Addams in 1889. The Hull house opened its doors to the Eouropean immagrants that arrived.

Inside of the Hull House

Jacob Riis and how the other half lives!!!

He exposed terrible working / living conditions faced by immagrants, "how the other half lives" focuses on plight of the poor in the Lower East Side, and greatly influenced future "muckraking" journalism.