The liberties of each individual to pursue life and goals without government interference. 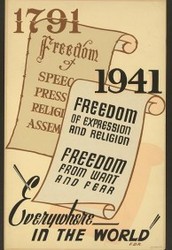 The individual is the basic unit of society, and since the time of ancient republics individuals have been understood to have certain rights. Read more about this contribution to history at the Bill of Rights Institute website.

Our second amendment gives us the right to bear arms.