Book/Movie comparison by Edward B. Vinayak S. and Scott S.

Book/Movie comparison by Edward B. Vinayak S. and Scott S. 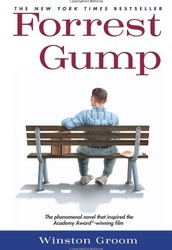 There were many scenes that didn't make the transition from the novel to the big screen. After Forrest returned from the war, and received the congressional Medal of Honor, the movie left out quite a few scenes. The movie left out parts that included Forrest going to Harvard, playing in The Cracked Eggs, engaging in anti-war protest, joining NASA, going to outer space, getting stranded in New Guinea for 4 years, becoming a wrestler, participating in a chess tournament, and even running for the US Senate.

These scenes added a lot to the book, including developing the relationship between Forrest and Jenny. Similarly, Forrest got a lot of experience out in the work and helped us understand him as a character. 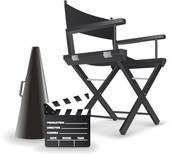 The director knew he had to delete some scenes from the book, or else the movie would be entirely too long. The director must have tried to pick out the most important parts of the book. He spent less time portraying Forrest as a child, and in college. Also, he excluded many parts in which Forrest searched and found Jenny. This tells us that he did not care enough to develop the relationship between Forrest and Jenny. Instead, he relied on their childhood connection to symbolize their lasting friendship through their adult years.

The director also seemed to portray Forrest less harshly as Groom did in the book. In the movie, Forrest seems closer to stupid and further from retarded. In doing this, he probably had in mind the feelings of viewers in similar positions. Interestingly, the director chose to include more scenes with racial tension. He also included some historical pieces including the assassination of Kennedy and the Alabama Governor. He probably wanted to do this to make the movie seem more applicable to the time it was set in.

One reviewer suggested in the movie, Forrest Gump was portrayed to have a greater heart than in the book. The movie has been nominated for multiple Academy Awards. The author of the book, Winston Groom, was nominated for the 2011 Harper Lee Award. Many people liked the movie. It was more high spirited than the book and Forrest seemed more triumphant in the end. Also, the movie got viewers emotionally engaged in the highs and lows of forests story.

Many people seemed to dislike the book because Groom seemed crude. He had a poor sense of humor and made fun of people in similar circumstances as Forrest. Also, critics did not think there was much character development throughout the book. Some people also thought the book was very dark. Some critics did, however, enjoy the southern aspect the book portrayed.

The director had to crop the book in order to keep the film at a reasonable length. He ended up taking out a lot of scenes in which the reader saw a lot of development in the character of Forrest. These scenes helped show that an idiot can overcome his difficulties and progress toward a better life. This is prove that though Forrest's company, making up to 5 million dollars per year. The scenes the movie left out lost this feel of accomplishment since the viewers did not experience the growth that occurred throughout Forrest's time in Indianapolis, LA, and Harvard. Although these times were not all good for Forrest, they were necessary to build him up and teach him lessons that helped him later in life. The movie also changed Forrest's relationship with Jenny. In the book, he spent time searching for her on multiple occasions. In the movie, she was the one that really went down a bad road, and he almost helped her more than she helped him. All in all, the differences between the book and movie lost the viewer time to watch Forrest develop and connect deeper emotionally with him.