Get email updates from Alejandro:

On November 4, 1979, a group of Iranian students stormed the U.S. Embassy in Tehran, taking more than 60 American hostages. The immediate cause of this action was President Jimmy Carter’s decision to allow Iran’s deposed Shah, a pro-Western autocrat who had been expelled from his country some months before, to come to the United States for cancer treatment.

It was a dramatic way for the student revolutionaries to declare a break with Iran’s past and an end to American interference in its affairs. It was also a way to raise the intra- and international profile of the revolution’s leader, the anti-American cleric Ayatollah Ruhollah Khomeini.The students set their hostages free on January 21, 1981, 444 days after the crisis began and just hours after President Ronald Reagan delivered his inaugural address.

Ayatollah Ruhollah Khomeini: Revolutionanist who promised a break from the past and a turn toward greater autonomy for the Iranian people.

Jimmy Carter: President of the United States in 1976-1980, gave The Shah the ability to come to the U.S. and have a cancer treatment which angered the students and ended up as the Iranian Hostage Crisis.

Ronald Reagon: President of the United States that delivered his inaugural address and set the hostages free.

Shah: Another word for King in Iran.

The 40th President of the U.S. Made an address that freed the hostages.

The americans from the U.S. Embassy were captured and were also taken' as hostages just for the reason of returning the Shah back to Iran. 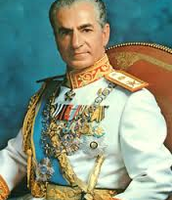 The Shah during the Iranian Revolution in 1979. He was supported by the U.S. and actually went there to get a treatment for cancer which caused the Iranian Hostage Crisis. 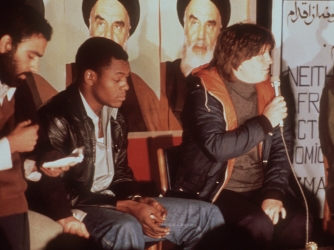 www.history.com
Find out more about the history of Iran Hostage Crisis, including videos, interesting articles, pictures, historical features and more. Get all the facts on HISTORY.com