Lotem is using Smore newsletters to spread the word online.

Get email updates from Lotem:

or: things that Gilad is sick of hearing

or: things that Gilad is sick of hearing 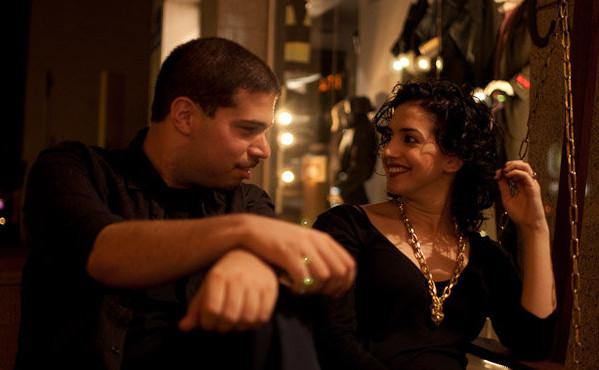 Not really, it was february or something. There was this girl... with a name of a teletubbie. two syllables; GaGa? Yaya? nevermind. She was Shlomi's friend (not anymore in case you wondered) and as a friend, she invited him to her 20th birthday. In a Shlomi-kind-of-way he came (meaning: with a naughty look in his eyes and a very - very - sophisticated camera on his shoulder).

You know what they say "girls will always be girls" - it's true. This YaYa girl told her friend that she's dying to know her to some her friends, refering Lotem - who wasn't even there this evening. Shlomi asked Yaya: "why doesn't you know ME anyone of your friends?!" "Oh, well..." answered YaYa "she's not in your league".

Maybe you know shlomi (and maybe you don't), but besides being a techi-innovative-charming guy, he can be very stubborn sometimes and forget words like "no" and "not" and other biases with the letters N and O. So from the moment YaYa said this - stupid, if you ask me - sentence, Shlomi decided he HAVE to meet Lotem.

Lotem on the other hand never heard about Shlomi and she was more interested in watching cinematheque movies, going on weird dates and write an intimate blog (don't ask what is the URL 'cause there is no chance we'll tell you).

In March 2007 there was two noteworthy events: Purim and Shlomi's birthday. In Israel there's this "traditional" street parties on Purim, and YaYa had a not very secret plan to meet one of Shlomi's friends, she had a crash on, so she used the party as an excuse and convinced Shlomi to take her, and on the way, invite this friend. Since Shlomi understood the situation and didn't want to become a fifth wheel, he insist the YaYa would call Lotem and ask her if she wants to join.

We really want to tell you that "the rest is history" but that would ba a lie. All the four went to a bar called "Norma Jean" where they have an amazing selection of beer. Lotem wear a green sweater with fur scarf (don't ask...), smoked like a chimney and thought about sad stuff like Back pains caused by wearing of heels and the unbearable lightness of being single. After a few drinks Yaya and Shlomi's friend decided they want to go the street party, not far away from there, so Shlomi and Lotem accompanied them, but decided they don't want to rub in the sweat of the masses so they started walking toward Shlomi's car. The only problem was they forgotten where they parked.

So they walked and walked and walked, and in the meanwhile talked about their favorite subject "Relationships". Shlomi said he thinks woman are the most amazing creatures you can think of and he does'nt have any choice but adoring them (besides the stupid ones, unless they are very pretty and in that case the beauty is overcoming their stupidity). Lotem agreed and shared with him her thoughts, that as you probably understood by now, was kinda bitter. After an hour-hour and a half, they found the car in the street right where they started looking.

Shlomi took Lotem home and they both decided to stay in touch. After a few days and another weird date, Lotem called shlomi in the middle of the night and thay talked for hours. Two days later they went to see a movie together, while drinking lots of energy drinks and eating gummy bears.

Here we get to the part where they became really good friends and then less but then more and from that point they stayed friends and they have a solid intention of keeping it that way. Things they like to do: Talk about internet and technology, their proffesional future (Shlomi would be a serial entrepreneur and Lotem would be a product manager in a BIG company). They like to eat meat (medium well) in a resturant on Rothchild's boulevard in tel Aviv and get temporary ago trips from time to time. You know, the usual stuff, taking over the world and such.

Lotem is one of the biggest fans of the combination "Avidan-Atar" and she secretly hopes they would hire her some day.

Lotem is using Smore newsletters to spread the word online.