The problem she had to face:

Plan she had to let people know what was going on:

Tarbell first conducted interviews with well known industrial entrepreneurs to gain a better understanding of the inner circle in the Standard Oil trust related to finances and business. She wrote a journal exposing the negative business practices of industrialist John D. Rockefeller and his massive Standard Oil organization.

The progress and what had to be done:

Public fury over Tarbell's published work is credited with the eventual breakup of the Standard Oil company. Got peoples attention and the book was spread around the world.

Did she change the view on Feminism?

The feminism appeared to fade as she recommended that women embrace home life and the family, saying they had a "true role as wives, mothers and homemakers.

Did her writing skills help her?

In 1890 Tarbell moved to Paris to do postgraduate work in historical research. Doing this job I began to think about facts and reading proofs. It was an exacting job which never ceases to worry me. 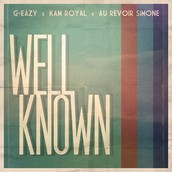 How did she become well known?

Tarbell supported herself by writing numerous articles on the City of Light for the popular magazines of the day. It was this work that got the attention of editor Samuel Sidney McClure, then looking for writers for his new monthly.

More Information on Ida Tarbell (Below)