The setting of the story is at Beecher Prep Middle School, August's house, and Olivia's high school

August against the school

This is what I imagined the school would look like when August walks down the hallway. 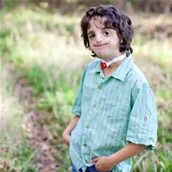 "I won't describe what I look like. Whatever you're thinking, it's probably worse."- August Pullman 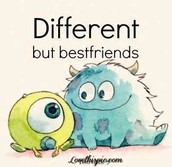 Jack was a cool kid who looked normal and he was popular ,but he chose a friend that makes him happy instead of the popular clan.

There are many conflicts in this story ,but the main ones are man vs. self and man vs. society. Many kids give August mean looks and comments that make August feel bad inside. His moral support isn't that great because people tend to judge him more on his looks and less on his personality.
Wonder by R. J. Palacio

August Pullman is not an ordinary kid. He feels ordinary and he does ordinary things ,but his condition makes him different. His face makes him different. He has always been homeschooled by his mother because his face required many reconstructive surgeries ,but since he surgeries are done for a while, his parents decide that it's time for August to go to school, beginning with 5th grade in the fall. At first, August didn't want to go to school because he knew that kids there would make fun of his face ,but after a little convincing he decides to go.

On August's first day of school, he realizes that school would be much as he expected. Many whisper and laugh at him behind his back, in fact, there is a game called "the plague" going around where people catch a disease if they touch August. One of they boys leading the bullying attacks is Julian Albans. He's a kid whom adults find charming ,but in reality, he is quite mean to anyone not in his group.

August does make a few friends though. Summer is one of them and she likes August for who he is and then there's Jack. Jack started out as August's "assigned" friend ,but when August finds out, there relationship falls apart. However, they fix things up when Jack punches Julian in the mouth for talking bad about August. This leads to a "war" between the popular boys including Julian against August and Jack.

While nothing more than mean words, in the form of notes in the lockers, fly between the two groups, the tension between the groups reaches a high point in the spring. There is an argument between a group of older boys from a different school and August and Jack at a sleep-away camp. They are outnumbered until a group of boys who were against August and Jack previously, help defend them from the bullies.

In the end, August has a successful year at school, making the Honor Roll. In addition, he gets an award for courage at school. He sees himself as ordinary, and in the face of everything else, he really is just that: an ordinary kid.