Get email updates from Donna Marie:

Ron and Gary Matthews in Concert

Ron and Gary Matthews in Concert

This is an Invitation for people to attend a Sacred,Classical Concert, and Contemporary Christian Concert at the Church of the Assumption in Galloway, NJ. Brothers, Ron and Gary Matthews are one of the most gifted and dynamic duet teams in North America. They are duo vocalists, pianists, organists and trumpeters. With this combination of superlative talent, these brothers bring to every concert a rare and uplifting musical experience, but most importantly a rich spirit of worship.

Ron and Gary are also highly respected as composers and conductors. Dr. Ron Matthews is Professor of Music and Chair of the Music Department at Eastern University in St. Davids, Pennsylvania and Pastor of Worship Arts at Church of the Savior in Wayne, Pennsylvania. In 2001, Ron was hired to be the musical director of the Jubilate Deo Chorale and Orchestra. He worked very closely with Msgr. Louis Marucci, Executive Director of JDCO. Many area vocalists and instrumentalists performed in concert with JDCO. In 1991 the group had been created by brothers Msgrs. Carl and Louis Marucci JDCO performed in many venues, including Carnegie Hall, Lincoln Center, and Sony Center. Sub groups also traveled to Italy and France.

Ron and Gary have released six recordings. Their repertoire includes the major composers of all periods plus arrangements and compositions based upon hymn tunes, gospel and Contemporary Christian songs.

In planning this concert, Donna Marie Berchtold, Director of Music for Our Lady of Perpetual Help Parish, and a member of the former JDCO, would like to gather area vocalists from JDCO, local churches, schools, or Universities, who would be interested in singing as a Background Choir for three songs with the Matthews Brothers. She is seeking vocalists (high school age and upward) who could prepare music quickly. A knowledge of voice part, and Music reading skills would be appreciated,

To be placed on a contact list: please email Joe Picardi, administrative assistant: admin@olphparish-nj.org. Please indicate if you just want information about attending the concert, or would also like to participate in the choir. Church Phone number: 609.652.0008, ext. 205
Get Directions 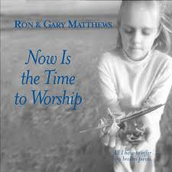 CD Recordings will be available for purchase in the Church Narthex.

Church of the Assumption: Our Lady of Perpetual Help Parish 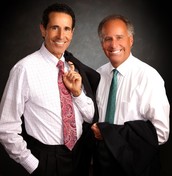 Church of the Assumption

Interior View. Stop by for the concert! Open to the Public! Free Will Offering!

Are you interested in reserving a block of (10 or more ) seats for your Church or Community Group? Family? If so, please send the following information, by JULY 1, 2016 to: admin@olphparish-nj.org

(COPY AND PASTE the form below, or PRINT AND MAIL) to:

Our Lady of Perpetual Help Parish

*A section will be marked off for the group....there will be no physical tickets.

Free Admission, however, there will be a Free Will Offering Donation.

Our Lady Of Perpetual Help Parish

Donna Marie Berchtold, Director of Music at Our Lady of Perpetual Help Parish will be coordinating a choir which will perform in concert with Ron and Gary Matthews.

Church / School Choir Directors who have interested members, should gather a count of vocalists who will be able to attend 2 rehearsals, in July, plus a dress rehearsal on the day of the concert.

Contact Donna Marie at: firesongwed@gmail.com or 609.965.4672, with a count of how many Sopranos, Altos, Tenors, and Basses, will be representing your group. (All vocalists need to have music reading skills, as the rehearsals will be used to fine tune and tweak the music).

Donna Marie will inform Directors, or any individuals of the song selections. Vocalists will be asked to purchase their own music from a Music Web site, and then bring the musical selections with them to the rehearsals.

Inform Donna Marie of how many seats to RESERVE in the Church for your Vocal Group.

OUR LADY OF PERPETUAL HELP PARISH / MEET and GREET with the MATTHEWS BROTHERS, will host a dessert reception, after the concert, for all performers. We would like to thank you for your participation. Please let us know if you will have family members with you, so we can get a head count for the anticipated attendance.