Alec Smithey was born in Hickory, NC on April 9th, 1996. He was raised in Hickory, NC for the first 6 years of his life. He then moved to Newton, NC where he played little league baseball and attended Thornton Elementary. He has a sister named Ashlyn Paris Hollifield who Was 6 years older than he was. After the 5th grade Alec went on to middle school at Newton Conover where he played football and baseball. He went to Middle school 3 years and then he finally entered high school at Newton Conover and decided to only focus on academics and baseball. He played his entire 4 years on the Newton Conover baseball team. He graduated high school with a 4.0 GPA and led the baseball team with an all time career batting avg of .410 and 28 HR. He received a scholarship for baseball and academics at the University of South Carolina where he chose to go. He immediately began the starting first baseman for the Gamecocks. He played all 4 years with Gamecocks with a career batting avg. of .365. He led them to a national championship in 2016-2017 and he was also named an all american that same year. He did graduate in 2018 from USC. He then was drafted in the 1st round of the MLB pick 13 by the Atlanta Braves. He played one year in their triple A league where he dominated. He hit .308 with 10 HR and 27 RBI's. The next year he was moved up to the MLB team and became the starting first baseman. He played 10 seasons with Atlanta and then decided to retire with an overall career avg. of .385 and 365 HR. His number was retired by the Atlanta Braves 2 years later when they honored him in a ceremony held at Turner Field. The next year after his ceremony Alec was involved in a very fatal car accident. He did survive but ultimately became paralyzed. This motivated him to be a motivational speaker where he went to High schools all over the country to speak to teens about how to keep their lives on track and how important it is to be safe and sober behind the wheel of a vehicle. He was very motivated to raise awareness about the subject and that is exactly what he did. He was honored by President Elliott 10 years later for his amazing life story and the way he conducted himself after the accident. 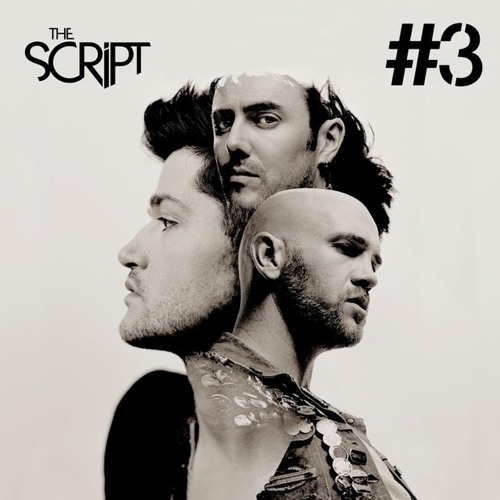 Hall Of Fame - The Script feat. will.i.am by jackdacuz

This is the 2nd game of the world series against the Chicago White Sox and i had just hit a double!

I was giving a speech on the safety of driving at Miami University and also about pursuing dreams.

This is an image of me freshman year in high school playing baseball for Newton-Conover.

On June 10th, 2014 i graduated from Newton-Conover High School. I finished High school with great academics. I was an honors student all through high school and i finished with an overall GPA of 4.0 !
Get Directions

On June 27th, 2014 I recieved a letter in the mail informing me that I had recieved an academic and baseball scholarship to the university of South Carolina.This was a major event that changed my life.
Get Directions

Drafted first round by the Atlanta Braves

On August 15th, 2018 I had already graduated from college and I entered the Major league Baseball draft. I was picked by the Atlanta Braves in the first round pick #13. This was a huge life changing experience for the better. It changed my life.
Get Directions

On August 7th, 2031 i was involved in a fatal car accident in which i suffered severe injuries and i became paralyzed from the waist down. I would remain in a wheelchair for the rest of my life. This was a very life changing event but it ultimately drove me to motivational speaking in which i did after a period time after my accident. That became my duty to myself and God.
Get Directions 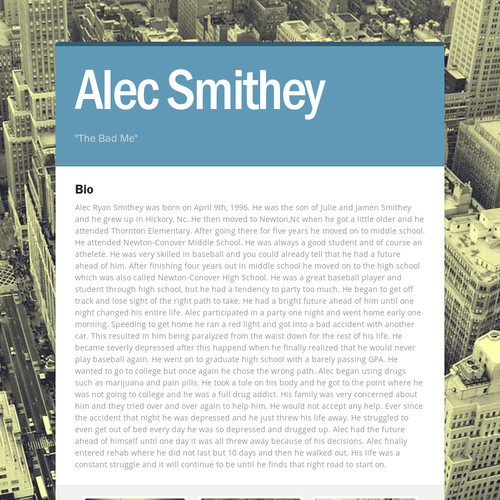 www.smore.com
Alec Ryan Smithey was born on April 9th, 1996. He was the son of Julie and Jamen Smithey and he grew up in Hickory, Nc. He then moved to...

Follow Alec Smithey
Contact Alec Smithey
Embed code is for website/blog and not email. To embed your newsletter in a Mass Notification System, click HERE to see how or reach out to support@smore.com
close