TONIGHT'S VARSITY GAME HAS BEEN MOVED UP TO 6:00 PM DUE TO IMPENDING WEATHER! Bring your rain-gear!

Freshmen & Sophomores: Pre-ACT dismissing at 11:45 pm (No access to 2nd floor until after PSAT dismisses)

DURHAM BUS PICK UP AT NOON

4th - 6th Pds: Adoration during all lunches in Chapel

Check out our detailed Athletic Calendar for all practice times, team dinners, and "Away" games for this week!

ALSO - As CLUB begin to launch their school year - all dates/times of those meetings will be updated on our Clubs & Organizations Website!

We are proud to partner with On-Target Sales to provide our Marian Central family with all your Hurricane spirit wear! They will be at TONIGHT'S HOME GAME vs Carmel! Check out the video below to catch a glimpse of the products available!

ON October 10th, all Freshmen and Sophomores will be taking the PreACT, and all Juniors will take the PSAT here at Marian Central (start time 8:05 am) This is a shortened school day, and all buses will be running according to our schedule.

Seniors - you are encouraged to use this time off to visit colleges!

To familiarize yourself with the testing process, please see the following links! We encourage all students to do their best, as this provides wonderful practice for the ACT/SAT and allows you to see testing strengths and areas of improvement! Any questions, please see your friendly neighborhood Guidance Department! 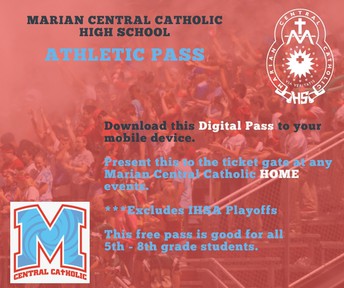 Want to attend Marian home athletic events for free? (Excluding IHSA Playoff Games) Save this image of the Virtual Athletic Pass to your phone (or parent's phone!) and show it at the box office for any Marian Central home sporting event! 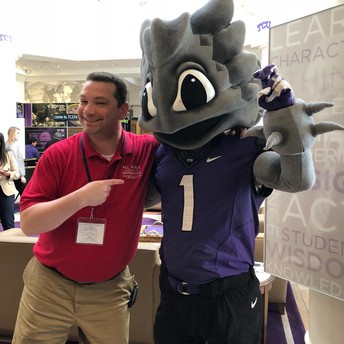 Mythbusters is a television show that’s been going strong since 2003. For those not familiar with the show, hosts Adam Savage and Jamie Hyneman use elements of the scientific method to test the validity of rumors, myths, movie scenes, adages, Internet videos, and news stories. If you’re able to get the Science Channel, you’ll be able to enjoy this show anytime!

College advising involves a healthy dose of mythbusting. I’d like to take this opportunity this week to address one common myth that I’ve encountered a lot since coming to Marian and do my best to debunk it.

It’s always a good idea to submit applications before 11:59:59 PM on the due date! This decreases potential issues with the submission of applications (yes, websites can and do malfunction when hundreds of students are all trying to hit “SUBMIT” at the last minute) and ensures the timely delivery and receipt of supporting materials like transcripts, test scores, and letters of recommendation. However, in now five years of meeting with admission counselors from different schools (adding in my own experiences on the college side) no one’s ever told me that submitting an application, say, a month before a stated deadline will “move the needle” in a positive direction for that student. For colleges that offer Early Decision, for example (perhaps the strongest demonstration of interest in a school that a student can make) simply applying Early Decision carries more weight than the date and time that application was actually received by the college. In short,

Similarly, schools will award students as much scholarship money in, say, March as they would in December with no preference as to whether the student applied in October or in January. Remember that schools with early andlate application deadlines don’t want to disadvantage students who opt to apply later by not offering them as much merit aid as their peers who apply and are admitted earlier. Some schools do have priority deadlines that students should apply by to be considered for more scholarship money. Saint Louis University, Marquette University, and Loyola University-Chicago are three examples of such schools. They have rolling admission plans (no set deadlines to apply by) but ask students to apply by December 1st to be considered for the most possible scholarship money. Students can still be awarded money after those deadlines, but they may not receive as much merit aid as they would’ve earlier. Some schools publish specific deadlines by which students who apply need to submit financial aid applications. For example, students applying early to the University of Notre Dame must submit both the FAFSA and the CSS Profile by 11/15/18 and by 2/15/19 if applying under Regular Decision. So to my point above, students who apply under Regular Decision will in no way be disadvantaged in the awarding of merit or need-based aid since Notre Dame conducts the application process for its merit scholarships with sensitivity toward the February financial aid application deadline.

Applying sooner rather than later can make a difference with colleges that use “rolling” admission plans, where colleges process applications as they come in. St. Norbert College, where I last worked when on the college side, was a rolling admission school. We released our first admission decisions in the first week of October, so the students who completed their applications in September were always the ones whose decisions were in that first wave that hit the street. This would also put admitted students in the queue for information about additional scholarships they could apply for and invitations to admitted student programs well before their peers who opted to apply later. Our typical turn-around time for applications was two to four weeks, with application decisions taking closer to four weeks to get out to students who applied from mid-October until Thanksgiving.

One important detail to note about applying early for aid is where some forms of need-based aid are concerned…specifically with the MAP Grant from the State of Illinois. Funds like the MAP Grant are available like pieces of a pie. If a student submits a FAFSA to colleges sooner rather than later (usually along with their applications) and if the student is MAP Grant eligible, then that student will receive a larger MAP Grant than if he or she holds off on applying and submitting the FAFSA until a later date.

1. Applying well before a published admission deadline will not increase a student’s chances of being admitted. I recommend that the student take as much time as necessary to ensure that the application they’re sending in is a quality application that’s been reviewed by several sets of eyes so as to best represent the student and what he or she can offer the school while demonstrating his or her “fit” with that school.

2. Applying sooner rather than later is always beneficial to minimize the chance of any technological mishaps while ensuring colleges have everything they need to complete an application. Colleges do mess up too…ask me about my “Abby” stories from my previous school when you see me next!

3. Applying sooner rather than later can definitely help move a student along in the admission funnel quicker when a student applies to a school with rolling admission before November 1st, opening up opportunities for that student to apply for special scholarships and take advantage of special opportunities before others.

4. All schools have different timetables for awarding financial aid and different ways of awarding merit aid. While some schools will publish specific deadlines by which students should submit applications for scholarship consideration or need-based financial aid, know that schools want students and their families to have equal and fair access to all available forms of institutional financial aid.

5. Some forms of financial aid, like the Illinois MAP Grant, may be finite. So students who complete the admission and financial aid application processes sooner rather than later will be more likely to get more of these limited funds.

Are there any other college myths you’d like me to “bust” for you? Send me an E-mail at jstamatakos@marian.com!

Join Principal Novy at the quarterly PRINCIPAL'S COFFEE on MONDAY, OCT. 15th at 8am in Cafeteria

Welcome to the 2018-19 school year, and a special welcome to families new to Marian Central!

Principal's Coffee was designed to invite parents to come and hear about what new things are brewing at Marian. It also allows parents to discuss ideas, concerns, and perspectives with regards to our school.

Please consider attending our first Principal's Coffee of the year, meet other parents, and talk with the Principal directly, all in the hopes of making Marian a stand-out from other high schools; providing the highest academics, spiritual guidance, and social/emotional support possible to our students. 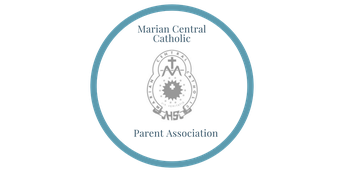 Come JOIN US at our next Parent Association Meeting on October 17th at 7:00 pm in the Annex (building next to the chapel)

ALSO - we are looking for parent-volunteers to help us host the 8th grade/Freshmen Activity Night on October 20th! This is a wonderful event, running from 6:30 pm - 9:00 pm, and we offer great activities (pedestal jousting, etc) DJ, and open gym for our local 8th graders and Freshmen!

Anyone available to help with this event, please contact Lori Lee:

Come and celebrate all that you do to support your grandchildren at Grandparents Mass! Join us on Friday, October 26, 2018 at 8:55 a.m. in Landers Pavilion (main gym). After Mass, we will have a brief reception in the commons followed by a tour of the school.

Click HERE for a detailed letter explaining this wonderful celebration! We hope to see your family there! 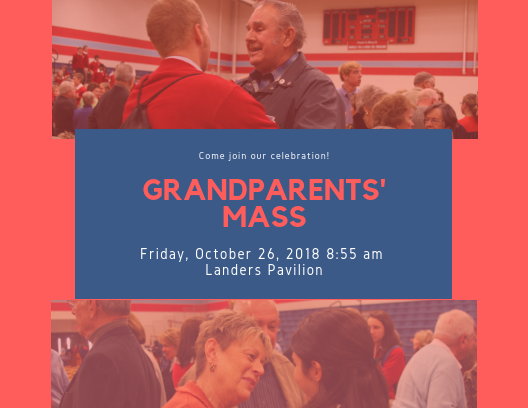