The Impact Slavery had on African American Families

The Impact Slavery had on African American Families 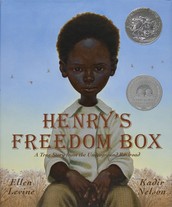 Henry's Freedom Box: A True Story From the Underground Railroad

This book is based on the True life events of Henry "Box" Brown. It gives details of things that happened to Henry from childhood and through adulthood. We would explore how this story highlights cultural interactions between Whites and Blacks during slavery and how these interactions impacted Henry's life. Students will be exploring how the cultural practices, values and belief systems of Africans and Europeans affected American life, specifically, how slavery was viewed and how it impacted American life. This picture book brings these issues to the forefront of student thought. 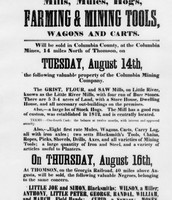 This is included because it puts into perspective the value that slave holders placed on their slaves. They were sold along side animals and tools because they were not viewed as people but property. Students will find this visual stimulating and interesting. 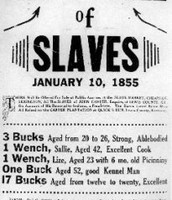 Draw students attention to the language used in describing the slaves that are being sold and also their ages. Students should see that there are boys as young as 12 that have been separated from their parents/families, and are being sold.

This a a second advertisement that shows how all slaves can be sold, including children. They also use language such as "dispose of"to describe slaves that their owners may longer need. This will again make clear to students that slaves were not viewed as people but as property that could be disposed of if they were not needed or useful. These pictures will incite classroom discussions on the topic.

This is a great resource to add to a lesson about the impact of slavery in early America. There is a short video that gives details about the slave culture in America. The video provides visual and auditory cues, which will allow diverse groups of students to access the information provided. Also, there is a written component on this website as well. The written component gives more detail about slavery in America. There are also links to other videos and resources that can further the discussion.

The picture from Uncle Tom's Cabin shows a girl explaining to Uncle Tom that he is sold and that she is running away to save her baby. 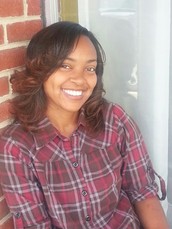 This is an 8th Grade Social Studies Text Set