Get email updates from Nicola: 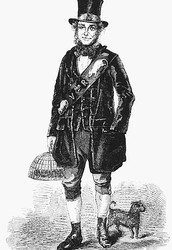 what does he do

A rat-catcher is person who practices rat-catching, the occupation of catching rats as a form of pest control. Keeping the rat population under control was practiced in Europe to prevent the spread of diseases to man, most notoriously the Black Plague, and to prevent damage to food supplies. Anecdotal reports suggest that some rat-catchers in Europe would raise rats instead of catching them in order to increase their eventual payment from the town or city they were employed by.

How do the work

Rat-catchers would capture rats by hand, often with specially-bred vermin terriers, or with traps. Rats are rarely seen in the open, preferring to hide in holes, haystacks and dark locations. Payment would be high for catching and selling rats to breeders. A rat-catcher's risk of being bitten is high, as is the risk of acquiring a disease from a rat bite. Modern methods of rat control include traps and poisoned baite, plus more holistic approaches such as introducing predators, reducing litter and the clearing of current or potential nest sites.

If you wavt to know more about traps 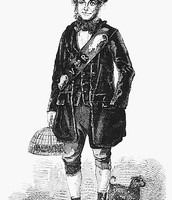 A rat catcher and his cage

A group of rat catcher and a pile of rats