We're sorry this newsletter is arriving late. We almost didn't send it because we have been sending out so much information and we know many of you are trying to balance work from home and taking care of your kiddos. As you can see, we decided to go ahead, because now more than ever, it's important to celebrate whenever we find the opportunity. So many great things happened in and outside of our walls last month, and we wanted you to have a chance to see it.

It's hard to believe it was only a few weeks ago that we saw your kiddos on a daily basis. Sadly, staying at home and seeing them through a computer screen is quickly going to become our new "normal." We promise to do our best to support them and you through these trying times. As always, we appreciate your patience and understanding as we navigate this uncharted territory.

Take care and be well!

From the Office of Teaching and Learning

A huge thank you to Katie Moore who has been working tirelessly to put together as many resources as she can to help you through the implementation of Distance Learning. She has included all of those resources on the school district's COVID-19 website. Resources include links for academic extension ideas, community resources, and district updates. Please see below for direct links.
TSD9 Covid-19 Website & Updates
TSD9 Distance Learning
Google Classroom Help for Parents
Online Etiquette for Students
Community Resources

The entire district got to spend some time earlier in the month celebrating and honoring our classified staff. They do so much to help support our students daily. We have some amazing people here in Tillamook!! 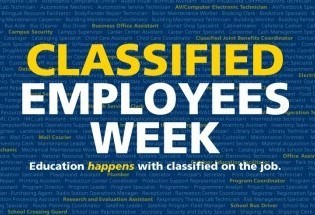 Each student who meets their personal math goal by the end of the year earns a Multiplication Super Hero cape. Teachers have caping ceremonies in their classrooms, and students wear their capes with pride. We already have over half of our students who have been caped and many more who are nearly there. If you see a Prairie Dog sporting a red cape let them know how proud you are of their hard work! 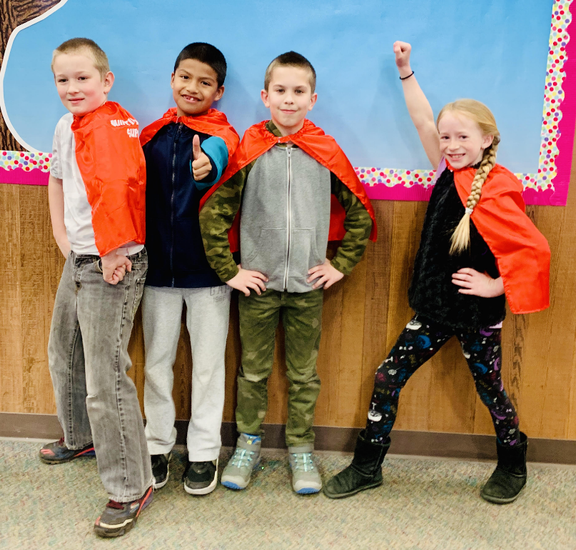 Tillamook High School’s FNRL team won big at the Knappa Forestry Skills Career Development Event. We got 3rd place in the overall TEAM award and Liam Powers won Overall Technical Forester. Some other accomplishments include Clara Blaser receiving 1st place in the Job Interview and Jake Reeder 2nd place in Power Buck and Axe Throw. Great job to the FNRL sponsor, Lori Loeffler, for coaching the skills necessary to be successful in these events. 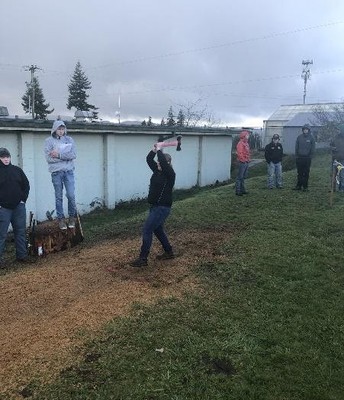 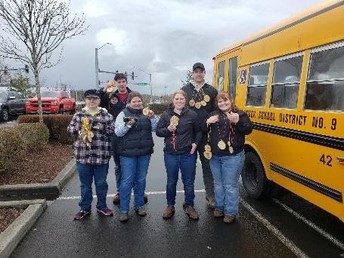 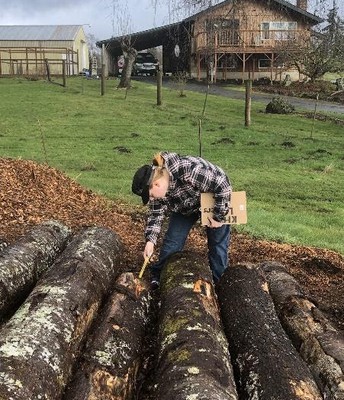 The Concert Choir performed on Friday, March 6th, at a festival at George Fox University in hopes to qualify for State. We would like to recognize two individuals, Emma Gilliam, Alto, and Dexter Patching, Baritone, for each placing 1st at the district solo contest. They will both compete in the State Solo Contest in May if it is held.

Yo-Ho-Ho me, Mateys! Stephen Sacchi's Second Trimester Drama Class presented the play, Jolly Roger and the Pirate Queen. The cast and crew did an amazing job of preparing an hour and a half performance with complete memorization. OK... one girl used a script due to the sudden illness of a cast member, so she stepped in and the show went on. Kudos, Lion Thespians!

The next night, Andrew Bergh and his Choir program showed the audience of the Don Witney Auditorium a toe-tapping, good time. Will Gamache and his East Choir opened the show in fine fashion. Mr. Bergh's kids 7-12 sang multiple songs from their festival sets. Watching the progression of skills through the night was impressive. If you would like to donate to the Choir program, please contact Mr. Bergh.

Finally, the next night, we had Mr. Gamache's 6th, 7th and Jazz Bands perform at THS. The kids were working on timely stage movement. This was a time to celebrate the love of a new instrument and the power of music education in our schools. The growth these musicians have shown since the start of the school year is wonderful.

We are so proud to have strong Fine Arts offerings at TJHS. The research shows that kids who are involved in extra-curriculuar activities thrive in school. Their brains light up in ways in these situations that support core content learning. Working as a team and being responsible to something larger than yourself gives our kids a sense of place and belonging. Happy, well-rounded kids make for a strong Tillamook community! 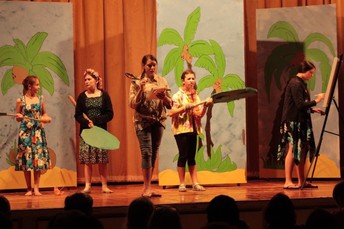 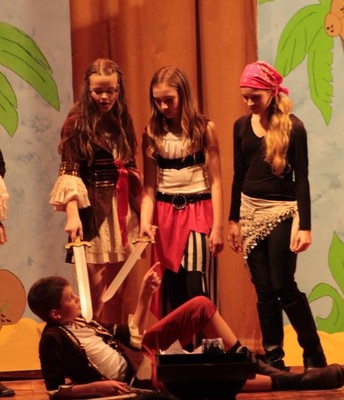 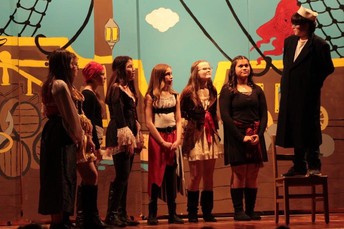 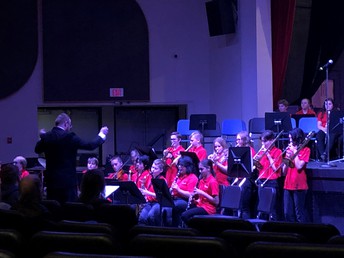 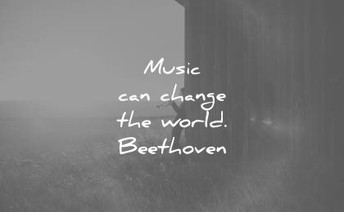 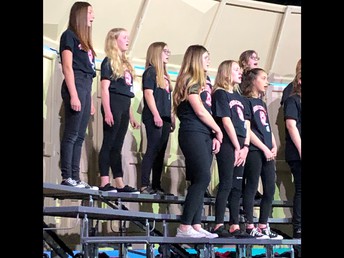 First graders in Mrs. Affolter’s class worked together to create a 3-D map of our community. They studied the important places in Tillamook - places that help keep us safe, places to learn and places to work. Their culminating project was a map where students worked collaboratively to create models of the buildings in Tillamook and place them on a map that identified where the structures are in relation to one another. Students worked very hard and are proud to show off their efforts. 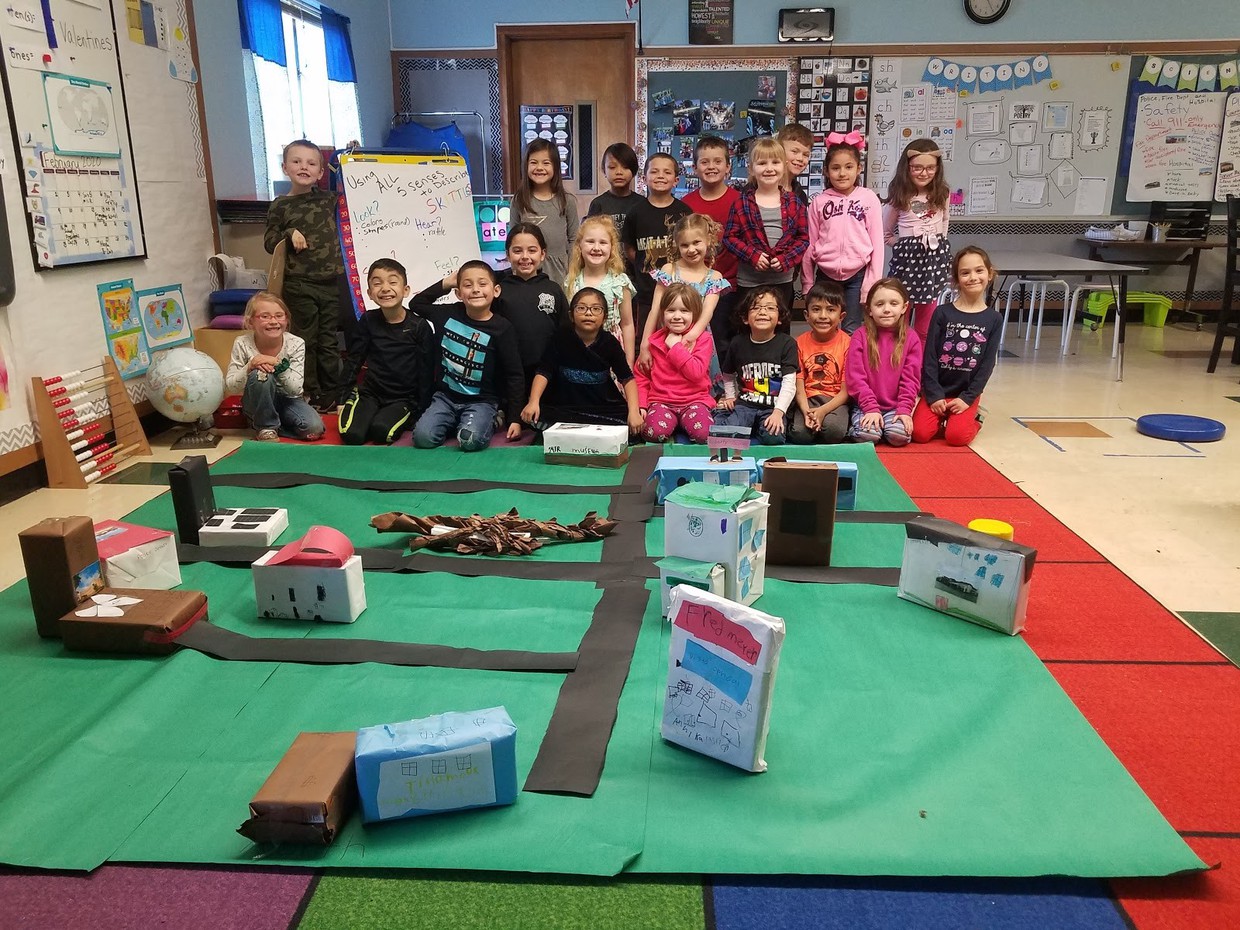 What began as an incentive project for a struggling student has grown into a Tilapia educational experience and fish fry. Former principal, Jerry Dorland, was looking for a way to engage a student that was just not interested in school. When the student indicated he was interested in fish and wildlife, Dorland ordered some Tilapia Fry and a small aquaponics system. In an aquaponics system, waste water from the fish is pumped into the grow beds and fertilizes the plants. The water is purified as it siphoned through Hydroton clay pellets that fill the grow beds and recycles back into the fish tank. Mrs. Cris Roberts attended training in Alabama to learn how to set up an aquaponics system. The first small system was housed in a teacher’s office. Three iterations later, it has moved into the greenhouse and has grown into multiple grow beds and a 350-gallon tank that housed a hundred or more Tilapia that grew to nearly 12” and a pound each.

Over the course of three days, three student leaders (including the original youth) that have been highly involved in the aquaponics program, led groups of 4-5 Trask students through a series of activities that culminated with the fish fry. Mrs. Roberts also took students into the herb garden where they learned about and selected what they would use to season their fish.

The next step was to clean and season the fish, and cook them in cast iron skillets over the fire pit. Fingerling potatoes grown by the boys were fried, as well. To round out the meal, students sipped tea brewed from ingredients grown in the garden. We love how helping a struggling student turned into a tasty learning activity for our entire school. 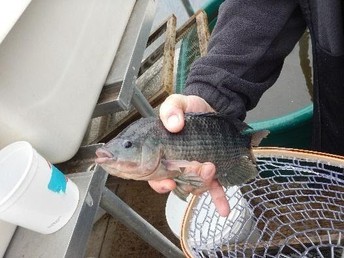 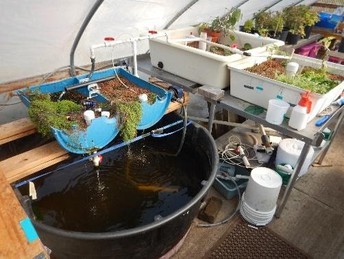 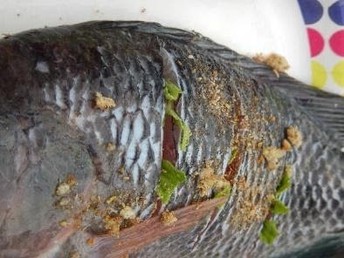 Wilson River School students recently went to Salem to participate in conversations about state school funding. This was part of a Lobby Day held at the State Capital. 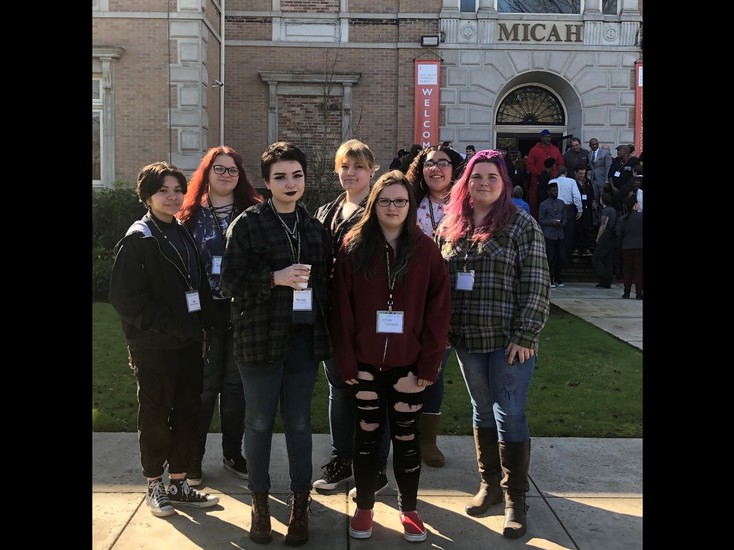 Another successful charity drive has gone in the books. The students of Tillamook High School and the community of Tillamook worked together to create forever memories and raise funds for several very worthy causes. Half of the funds went to Doernbecher's Children's Hospital. The other half will stay in the community to support Community Grants and Student Scholarships. Grant applications are available on the district website under the "Quicklinks" and are due April 15th. Scholarships are also available on the district website and are due April 17th. 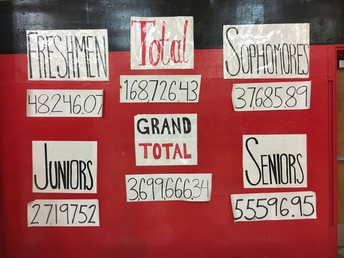 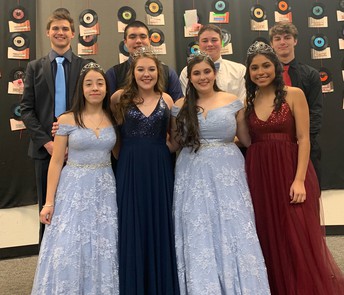 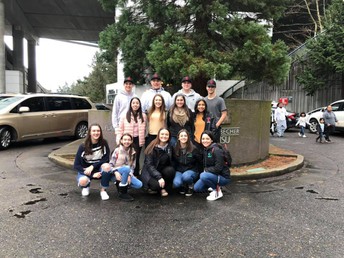 The William T. Bruns Foundation pays for fishing and hunting licenses for youth ages 12-17 who attend school in the Tillamook School District. Students can pick up a certificate and return the certificate to Tillamook Sporting Goods.

Facebook
The mission of the Tillamook School District is to prepare our students with the academic, artistic, and social skills necessary to become positive contributors to a changing world.
2510 1st Street, Tillamook, OR, USA guarcelloj@tillamook.k12.or.us 503-842-4414 tillamook.k12.or.us/