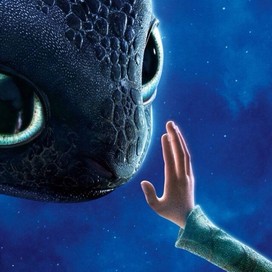 The Impact of Oil in Texas

Oil is one of the resources that almost everyone knows about, needs, and wants. In Texas (where oil is abundant), oil booms have been attracting people to areas and putting towns on the map for a long time. People flock to places with oil in Texas for business and job opportunities, better wages, and wealthy societies. For example, the town of Wink, Texas did not exist in 1925. After someone struck oil in 1926, the town became a town almost overnight! Because of the oil boom, Wink became a prosperous town and had a very successful community. Without oil, all of Texas would suffer the consequences! We use it every day...can you imagine life without it? 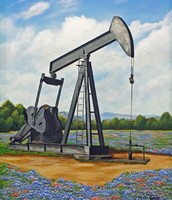 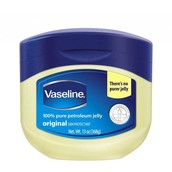 Vaseline (one of our many daily luxuries) is made from 100 percent oil! Who new! 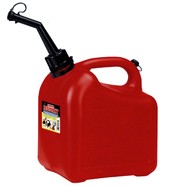 Another many use for oil...cars!

The Spindletop Gusher was born when Anthony Lucas began drilling at Spindletop hill in 1900. On January 10th 1901, Lucas struck oil and it gushed for nine days straight! It was the biggest oil reserve in the world. Because of Spindletop, oil replaced lumber as the leading Texas industry, and changed Texas forever. 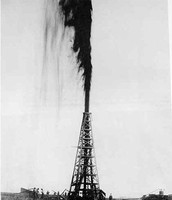 The Oil Boom in Texas After Spindletop

After the Spindletop’s discovery, oil replaced lumber as the leading Texas industry. This sparked the creation of many well-known oil companies that we know today. The discovery of oil in Texas led to a cheap and effective fuel source for the railroads with improved Texas transportation. The Texas population also grew because of Spindletop’s discovery; people flocked to Texas for the chance to strike it rich. It also set up a chain of boomtowns with increased populations and brought in the boom and bust cycle. A town would be prosperous, then over drill for oil and then run out of the resource and the economy would drop.

Women’s suffrage was the fight for women to receive certain rights. Texas women wanted the right to vote, the banning of child labor, and were active in politics. Even though the constitution of 1876 denied them these rights, they kept pushing. They established the Texas Woman Suffrage Association and brought their thoughts to the legislature. In 1918, Texas Women broke through and got the right to vote in state primaries. And in 1919, the Texas legislature ratified the 19th amendment to the United States Constitution, and won the right to vote officially.

To improve education, Texas set aside land for public education. A school fund was brought forth in 1854 to raise money. To be able to build more schools, the Constitution of 1876 was meant to set aside and save funds from money made off of the selling of land. The poll tax also was another source of money for Texas education. Lastly, the state school tax put the money in place for public schools in 1883.

The Toll of the Galveston Hurricane

Before the Galveston Hurricane, the city of Galveston was America’s major port city, and was the wealthiest city per capita in the country. It also was the city that held many “firsts” for Texas. When the hurricane hit Galveston on September 8th, 1900, it was devastating. The storm tore up the city and ripped down almost all of its buildings and lighthouses. On average, 8,000 Galvestonians lost their lives that night. 3,600 houses were destroyed. Because of the storm, Galveston lost its role as the leading port city of the United States, and Houston, Texas took its place. The state of Texas was also at lose because of the hurricane, because it had to help pay for more than 30 million dollars (700 million today) in damage for Galveston. This amount of money put a dent in the economy. Texas also had to send over first aid and help to those who had lost their homes and loved ones.

World War1 started by economic rivalries and the arms raise that made most countries in Europe not trust each other. Also, all of the alliances made a sticky web of trust so confusing that it was hard to see who sided with who.America tried to stay neutral, but eventually sided with the Allies and started using ships to supply the Allies with American factory made weapons. The trouble just escalated after that and led to America being caught up in the war when Germany sent a secret telegram to Mexico asking them to side with Germany so Mexico could win back Texas and other land lost to America. When America intercepted this telegram, President Woodrow Wilson was mad, and convinced Congress to declare war on Germany. Greif and many deaths led people to believe that this was the “war to end all wars” but as you know, they were wrong. 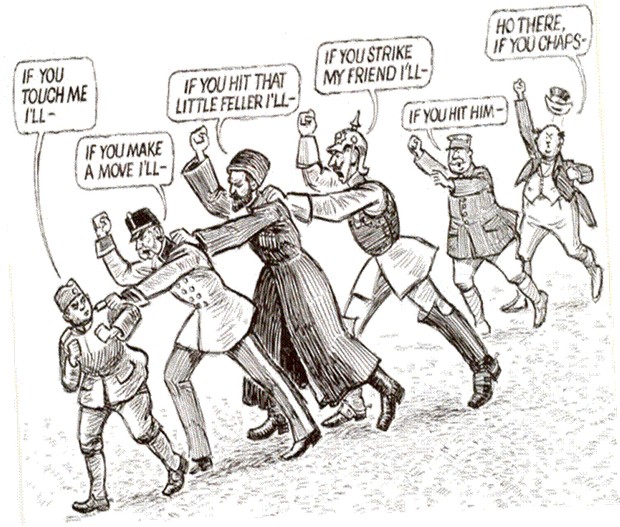 During the time that Europe was conflicting with each other, America and Mexico were having border problems. Mexico’s average citizens were revolting with their government because they were tired of the gorge between the rich and the poor. As a result, Mexican President Portfolio Diaz was overthrown by the people in 1911. The six year Mexican Revolution followed, and Francisco Poncho Villa (who was one of the leaders of the revolution) started a grudge against the U.S. for recognizing the rivalry between him and the leader of Mexico. After the killing of many U.S. citizens, the U.S. president sent troops into Mexico, and started trouble that got Germany involved. Germany heard of the conflict with Texas and Mexico, and sent a telegram that asked Mexico to side with Germany and defeat America. Germany bribed Mexico by saying that they would help Mexico win back Texas. Fortunately, America intercepted the telegram and confronted Germany by going to war with them. And, Germany set up a blockade at British seaports, which blocked some of Texas's oversea markets. This caused less worldwide demand for Texas goods.

Texas Business and Agriculture in the 192O's

After World War 1, the goods produced by Texas changed. Texas began producing more consumer goods (like clothing and furniture) that were meant to be sold at department stores. The oil industry also grew rapidly in the 1920’s, which was the birth of many modern day oil companies. Texas towns, (like Wichita Falls) turned into cities when these prosperous oil companies came to do business. The Agriculture industry also benefited in the 1920’s, the rise of cities increased the demand for farm goods. Texas’s main crops (citrus, wheat, cotton etc.) was worth three time that of oil. This high demand caused the invention and creation of new machines with motors that helped farmers harvest and produce crops more quickly to keep up with the economy.

The Dust Bowl was a region along the middle of the United States that experienced horrific drought in the mid 1930’s. This area would have “Black Blizzards” which were dust storms with such high winds that it posed health threats to the eyes and lungs. The drought also brought a hardship on growing food, and when a dust storm came, it killed animals and hurt crops. Eventually, more than a 3rd of farm families living in the panhandle packed up and went somewhere else. 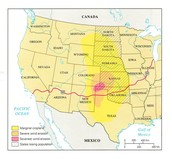 The Modern Texas in the 2O's

Texas became a modern society during the 1920’s, because of all of the new inventions, rise of companies, and the building of new factories. Because of all of the technological advances, Texans received many luxuries most people around the world couldn’t get. Electricity brought light into homes and buildings, the telephone and telegraph allowed people to communicate without being face to face, and a new type of music rolled into the “Jazz Era”. The twenties was a time of prosperity and freedom for Texas that many people enjoyed and relished. 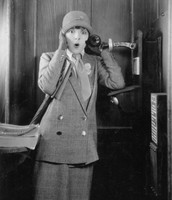 Follow Peyton Cavnar
Contact Peyton Cavnar
Embed code is for website/blog and not email. To embed your newsletter in your email, click HERE to see how or reach out to support@smore.com