skylar is using Smore newsletters to spread the word online.

Get email updates from skylar: 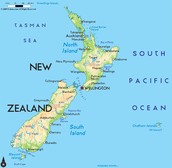 The New Zealand legal system is derived from the english one and comes from two main sources : The common law, which is a body of law built up from decisions made in the United Kingdom on some aspects of the common law. Also the statute law, which is all the law made by Parliament.

New Zealand is heavily dependent on international trade , particularly in agricultural products. Wool was New Zealand's major agricultural export during the late 19th century. Even as late as the 1960's it made up over a third of all export revenues, but since then its price has steadily dropped relative to other commodities and wool is no longer profitable for many farmers.

The New Zealand Parliament cannot pass legislation for the cook islands and Niue, but with their consent can act on behalf of them in foreign affairs and defense.

New Zealand has a modern, prosperous and developed market economy with an estimated gross domestic product at purchasing power parity per capita roughly NZ$47,784. New Zealand was ranked sixth in the 2013 Human Development Index, fourth in the The Heritage foundations 2012 Index of Economic Freedom, and the 13th in Insead's 2012 Global Innovation Index.

Since 1984 success of governments engaged in major macroeconomic restructuring rapidly transforming New Zealand from a highly protectionist economy to a liberalized free trade economy. Unemployment peaked in 1992 but eventually fell to a record low of 3.4% in 2007. However, the global financial crisis that followed had a major impact on New Zealand with the GDP shrinking for five quarters, the longest recession in over 30 years.

The economy of New Zealand is a market economy which is greatly dependent on international trade mainly with Australia, the USA, China and Japan. It is strongly dependent on tourism and agricultural exports, and has only small manufacturing in high tech components. The world bank has praised New Zealand as being the most business friendly country in the world.

The New Zealand Economy is in good shape
The economy survived the recession and came out stronger with the addition of the prime minister. 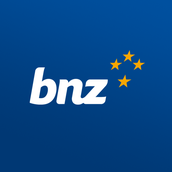 skylar is using Smore newsletters to spread the word online.